Meeting between Primates of Russian and Georgian Orthodox Churches 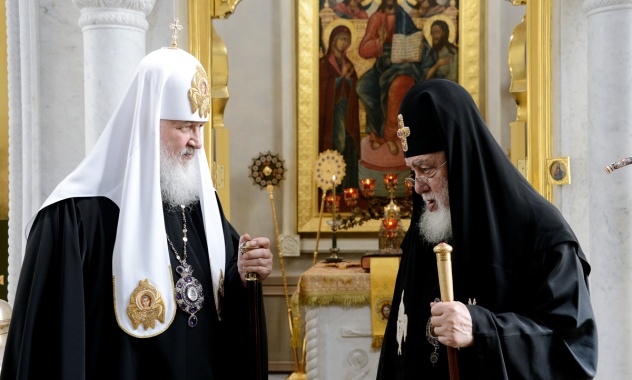 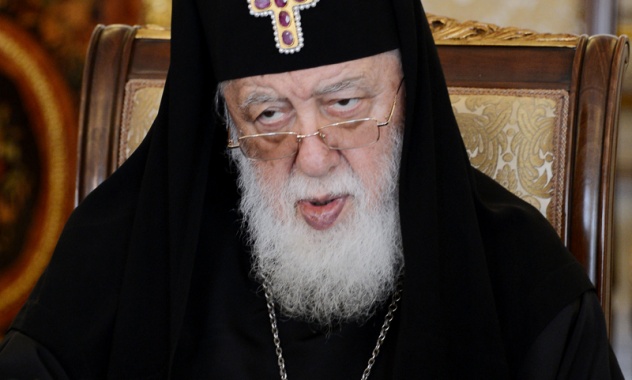 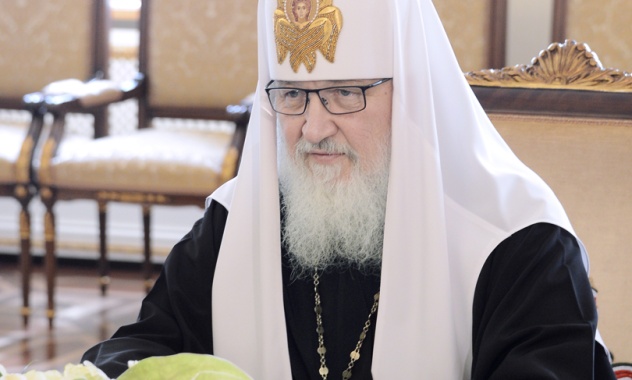 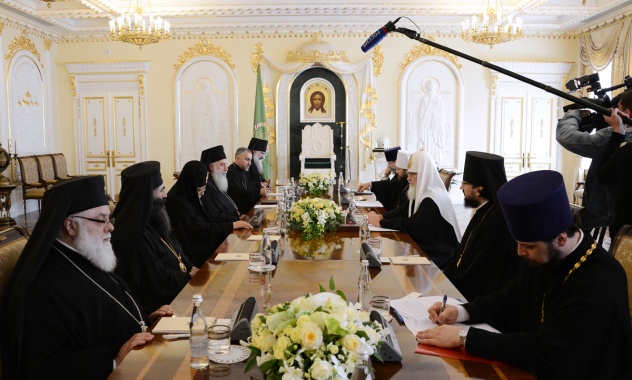 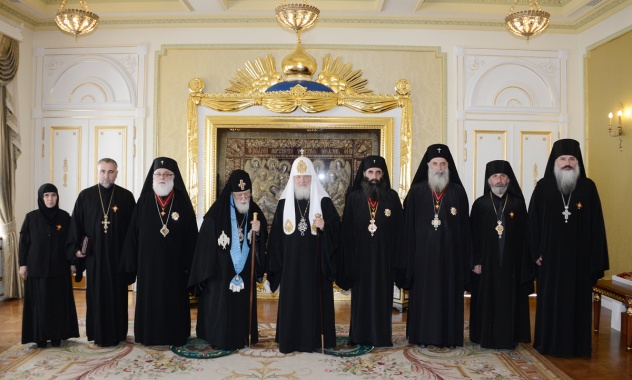 July 23, 2013 – His Holiness Patriarch Kirill of Moscow and All Russia met with His Holiness and Beatitude Iliya II, Catholicos-Patriarch of All Georgia, who leads a delegation of the Georgian Orthodox Church to the celebrations marking the 1025th anniversary of the Baptism of Russia.

In welcoming the guests, Patriarch Kirill shared his memories about the celebrations held 25 years ago to mark the Millennium of the Baptism of Russia, saying,

‘The Millennium celebrations made a beginning of the decline of atheistic rule not only in Russia but also in the countries historically bound up with her as part of the one state. That was followed by the revival of Orthodoxy in the Russian Federation, Ukraine, Byelorussia, Georgia and other countries in the post-Soviet space. So in some sense today’s anniversary is our common event as it marks 25 years since our Churches began to revive. This gives us an opportunity to thank the Lord for his mercy for us and to ask his forgiveness for what we have failed to achieve in these 25 years and to pray together that the further development of church life both in historical Russia and Georgia may be successful and conducive to the further initiation of the people to the Church as they need to find a spiritual support in Orthodoxy as strongly as never before.

‘We live at a difficult time of confrontations, temptations, absolutely anti-Christian ideologies which have found their way into the political life of both individuals and society. We are witnesses to the situation where borderlines between truth and falsehood, sin and holiness, are obliterated, where attempts are made to use laws to justify sin and lawlessness. We are faced with great tasks. When I say ‘we’, I mean the One Catholic and Apostolic Orthodox Church, united and indivisible. The boundaries between us are historical, not ecclesiological and for this reason we see in each other members of one Church, brothers in the service of the one episcopate of the Orthodox Church, which is called today to make special efforts for the consolidation of Orthodoxy’.

Patriarch-Catholicos Iliya, on his part, thanked for the invitation to come for the celebrations and said, ‘We have covered a difficult path, the part of the formation of our Church, the path of severe trials. We live in an era of globalization when many spiritual and cultural values seem to lose their power, but actually they save us and our peoples. Faith, hope and charity, our culture and literature – all this should be preserved so that our Churches and peoples could develop in the future’.

In a spirit of fraternal understanding, the sides discussed a wide range of issues including bilateral relations and common Orthodox cooperation.

After the talks, Patriarch Kirill presented the Primate of the Georgian Orthodox Church and members of his delegation with awards of the Russian Orthodox Church. His Holiness and Beatitude Iliya was awarded the Order of Glory and Honour, 1st degree, and Metropolitans Theodore, Gerasim and Dimitry and Archimandrite David and Vakhtang as well as Sister Alexander with the Order of St. Vladimir Equal-to-the-Apostles, 3d degree.

Patriarch Iliya thanked the Primate of the Russian Orthodox Church for the high awards and invited him to visit Georgia.