News > Inter-Orthodox relations > The Day of St. Vladimir Equal-to-the-Apostles marked by Divine Liturgy celebrated by heads and hierarchs of Local Orthodox Churches at Kiev Monastery of the Caves

The Day of St. Vladimir Equal-to-the-Apostles marked by Divine Liturgy celebrated by heads and hierarchs of Local Orthodox Churches at Kiev Monastery of the Caves 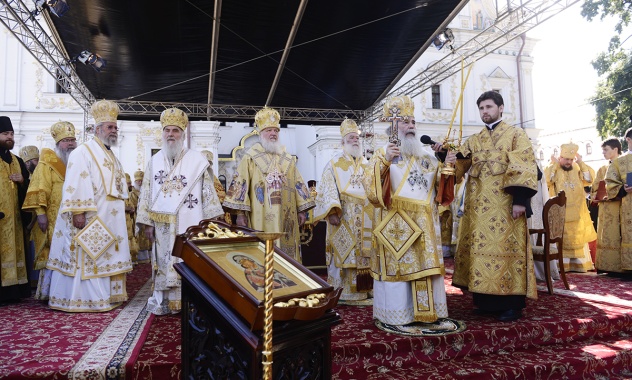 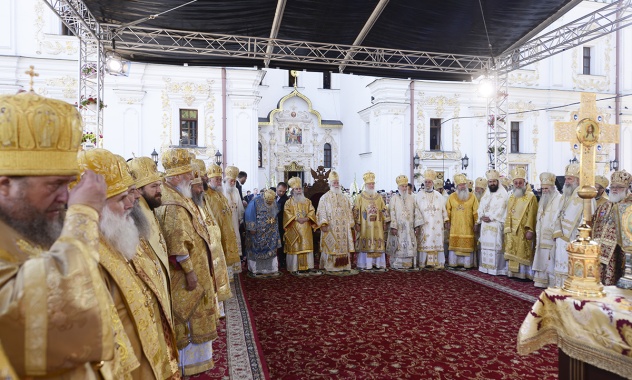 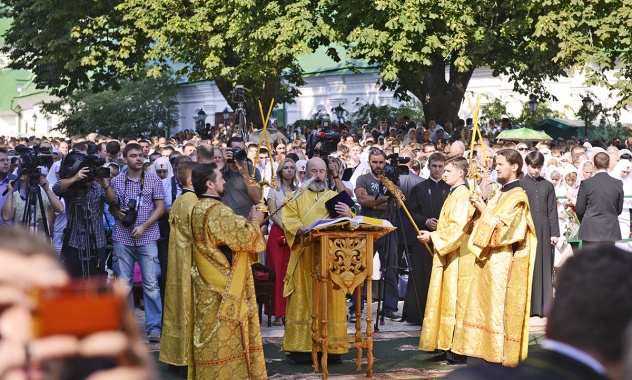 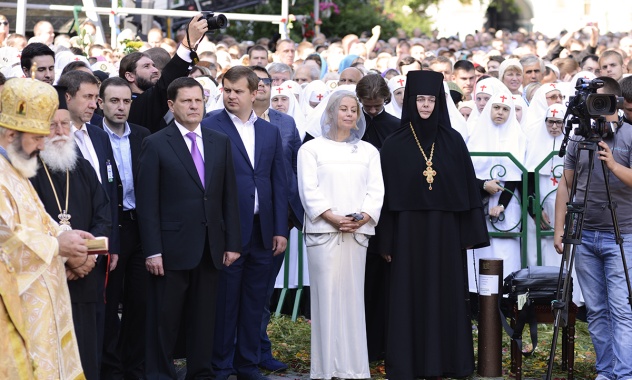 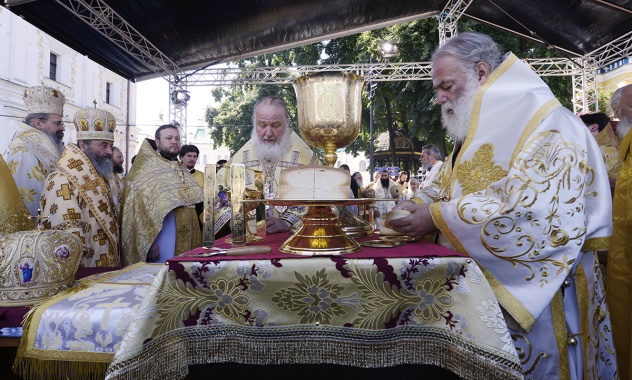 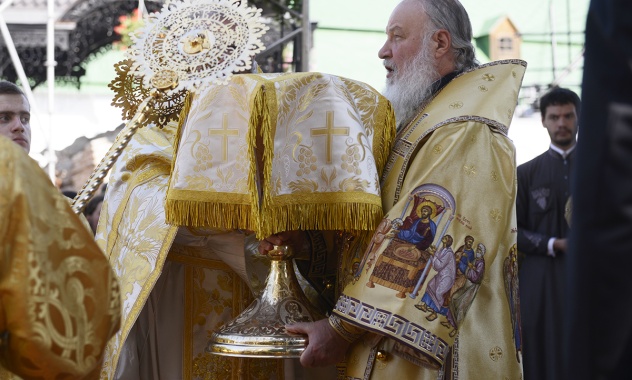 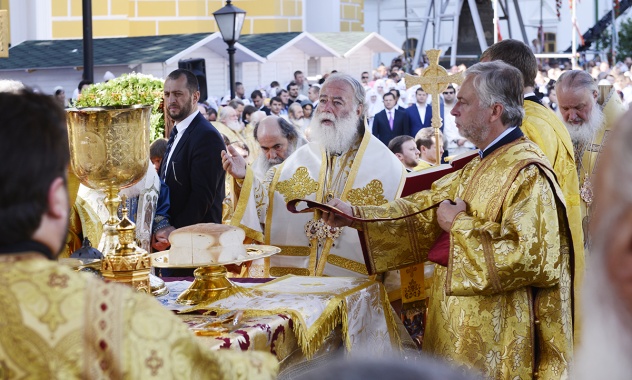 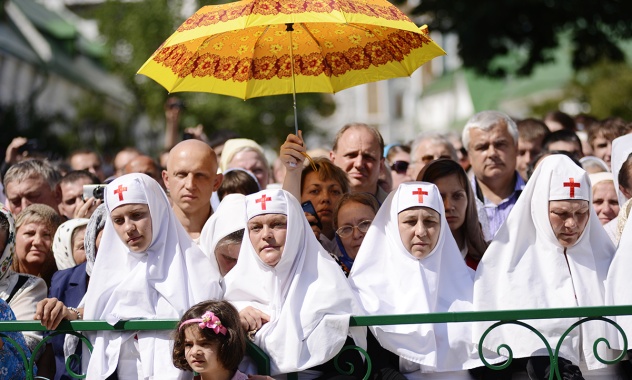 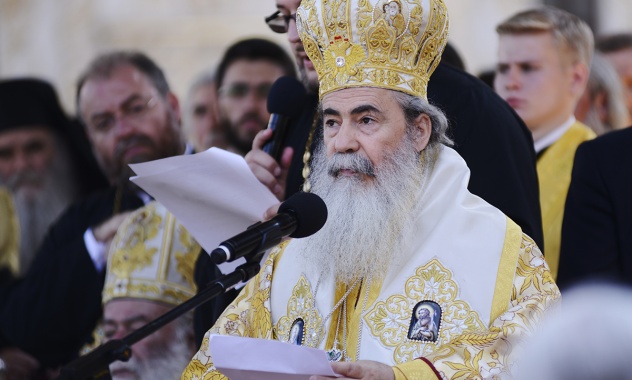 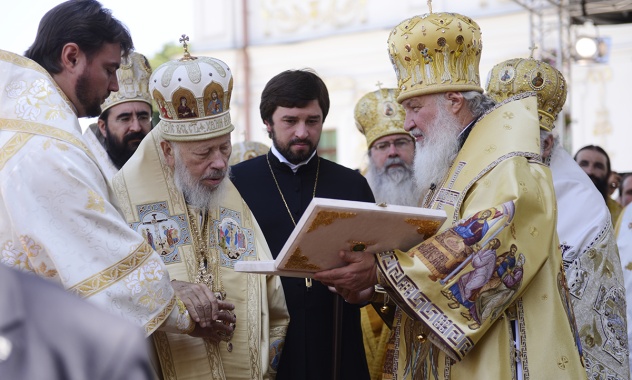 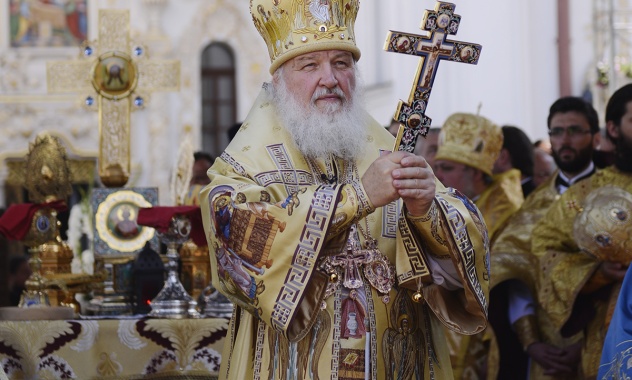 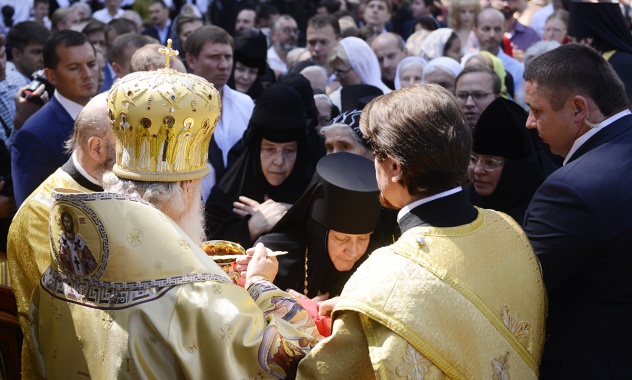 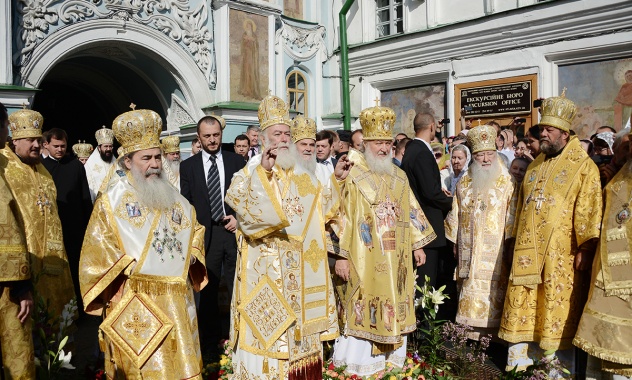 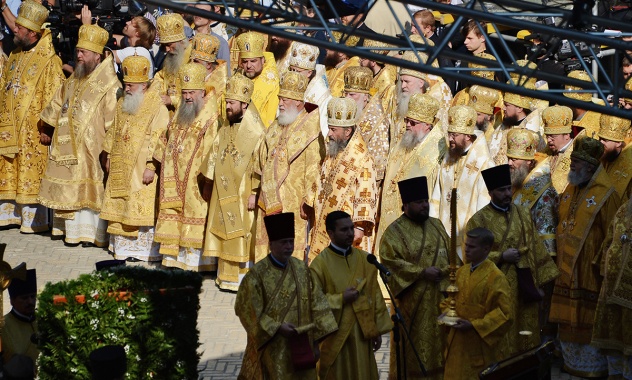 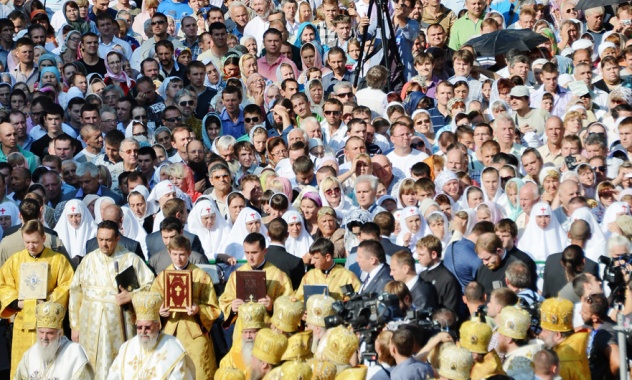 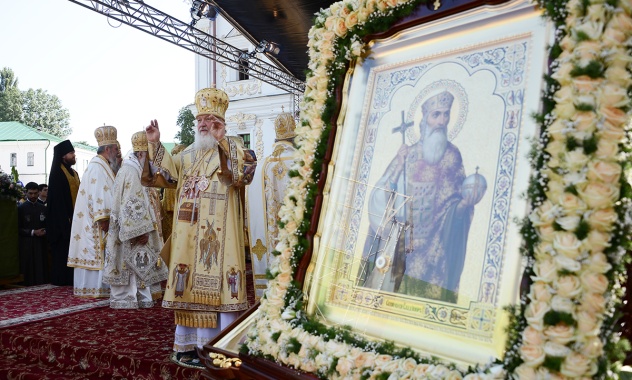 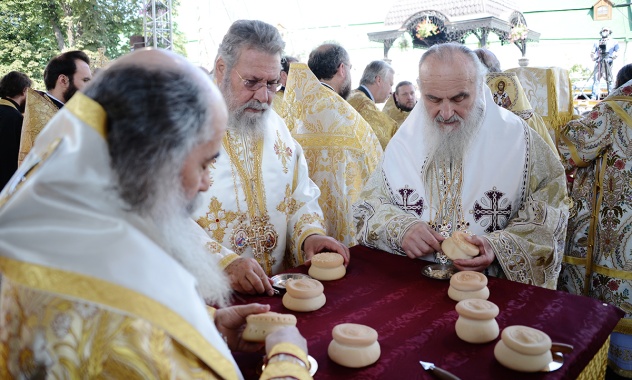 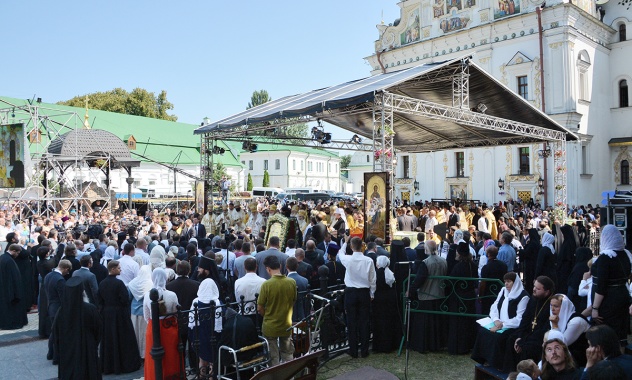 July 28, 2013 – Thousands of people congregated at the Kiev Monastery of the Assumption for the solemn liturgy to mark the commemoration day of the Holy Prince Vladimir Equal-to-the-Apostles, the Baptizer of Rus’.

The Divine Liturgy was celebrated in the cathedral square by heads of Local Orthodox Churches including Patriarchs Theodore II of Alexandria, Theophilos of Jerusalem and All Palestine, Kirill of Moscow and All Russia, Iliya II of All Georgia, Irinej of Serbia, Neophyte of Bulgaria, Archbishop Chrisostomos II of New Justiniana and All Cyprus, Metropolitan Sava of Warsaw and All Poland, Metropolitan Tikhon of America and Canada and Metropolitan Vladimir of Kiev and All Ukraine. They were assisted by a great assembly of hierarchs representing Local Orthodox Churches.

During the service, liturgical exclamations were made in Church Slavonic, Greek, Georgian, Serbian, Romanian, Albanian and English.

After the liturgy, people greeted the Primate of the Russian Orthodox Church, exclaiming, ‘Kirill is our Patriarch!’

‘I wholeheartedly thank you for supporting me as Patriarch of Moscow and All Russia, for your love, which I can feel when I come to Ukraine. This warmth, this spiritual enthusiasm and joy I see here warm my soul and help me to bear my primatial cross’, he said in response.

The homilies were delivered by Patriarch Kirill and Patriarch Theophilos of Jerusalem and All Palestine.

His Beatitude Metropolitan Vladimir of Kiev and All Ukraine greeted the congregation and thanked Patriarch Kirill and all the guests for their participation in the celebrations.

It was the last day of Kiev’s hosting a great shrine, the Cross of St. Andrew the First Called. In a solemn ceremony, it was seen off to the railway station to be taken to the Byelorussian capital of Minsk where the celebrations to mark the 1025th anniversary of the Baptism of Rus’ will continue.

Photos by the Patriarchal Press Service