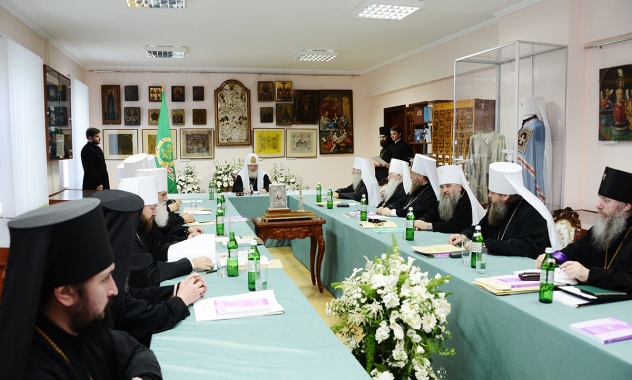 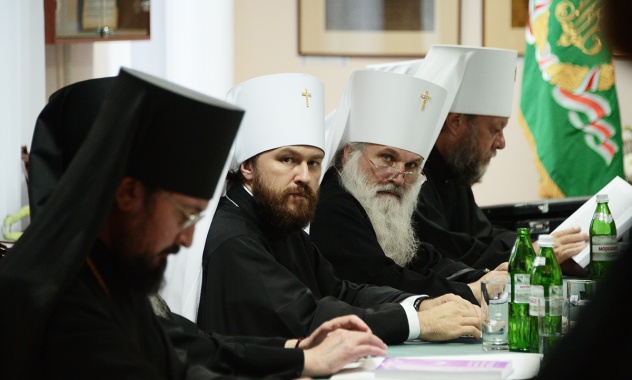 July 27, 2013 – The Holy Synod of the Russian Orthodox Church met for a regular session at the Kiev Laura of the Caves. It was chaired by His Holiness Patriarch Kirill of Moscow and All Russia.

Along with the permanent members of the Synod, summoned for the summer session (March-August 2013) were Archbishop Mark of Berlin-German and Great Britain, Archbishop Dimitry of Vitebsk and Orsha, Archbishop Varfolomey of Rovno and Ostrog, and Bishop Savvaty of Ulan-Ude and Buryatia.

Opening the session, Patriarch Kirill said he was glad that, despite various suggestions about the venue of the Synodal session, the majority decided to hold it at the Kiev Laura of the Caves on the day when the 1025th anniversary of the Baptism of Rus’s was celebrated on Kievan hills.

‘We rejoice in the feast that took place in Moscow, a solemn and nationwide celebration that attracted dozens and dozens of thousands of people… And today we have had an opportunity to celebrate on St. Vladimir’s Hill in the presence of presidents of Orthodox countries and the episcopate of Ukraine, Russia, Moldova and other countries spiritually nourished by our Church. It is an event of great spiritual significance’, he said.