Delegation of the Orthodox Church of Greece visits the Trinity-St. Sergius Laura 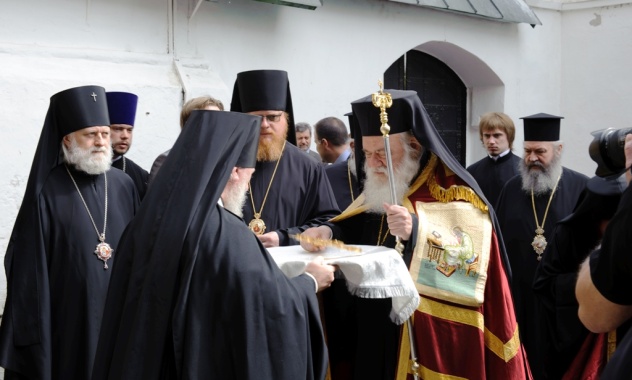 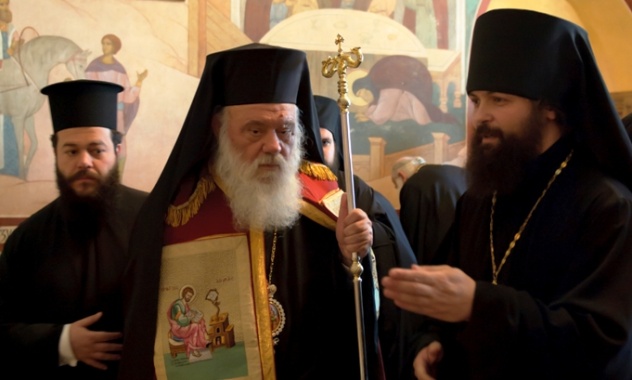 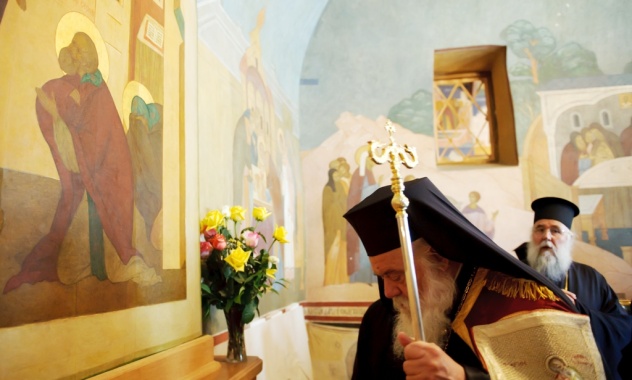 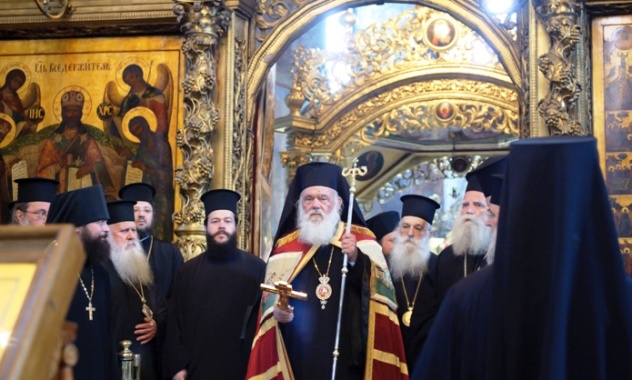 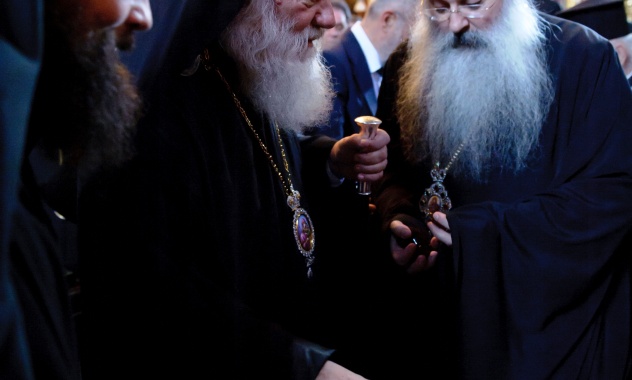 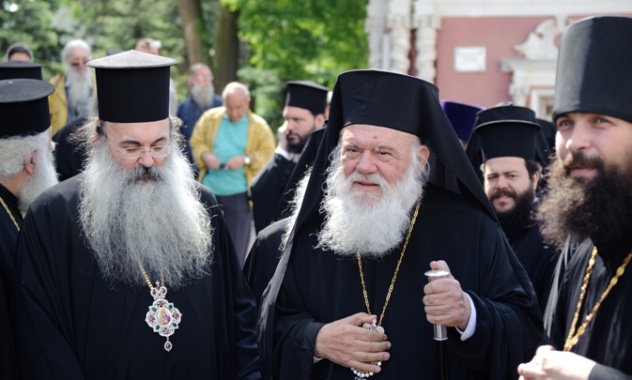 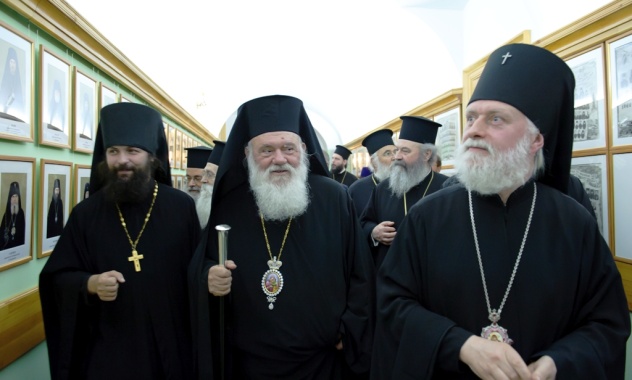 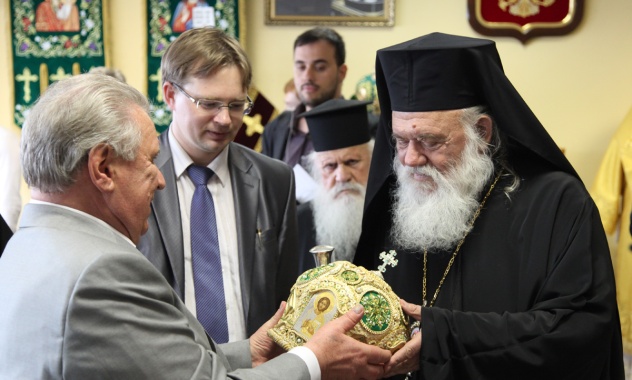 On 29 May 2012, the delegation of the Orthodox Church of Greece visited the Laura of the Holy Trinity and St. Sergius, the Moscow Theological schools, and the “Sofrino” artistic-production enterprise.

The delegation visited the Moscow Theological academy and seminary, the oldest educational institution of Russia. Archbishop Yevgeniy of Vereya, rector of the theological schools, greeted the guests.

His Beatitude Ieronymos address the faculty and students. After a long and interesting discourse he answered many questions.

Archbishop Yevgeniy presented His Beatitude with an album issued for the 325th anniversary of the Moscow Theological academy. Archbishop Feognost presented a panagia and an icon of St. Sergius of Radonezh to the Primate of the Church of Greece on behalf of the brethren.

As a token of his visit to the Moscow theological schools, His Beatitude donated an icon of St. Paul, and panagias to Archbishop Yevgeniy and Feognost.

Later, the delegation visited the “Sofrino” artistic-production enterprise, laid a wreath at the monument to His Holiness Patriarch Pimen and sang “Memory Eternal” to the late Primate of the Russian Church.

His Beatitude visited the Church of St. Sergius, the museum, the icon-painting shop, and sales department. A luncheon was given in honour of the delegation.