Primate of the Church of Greece concludes his visit to Moscow 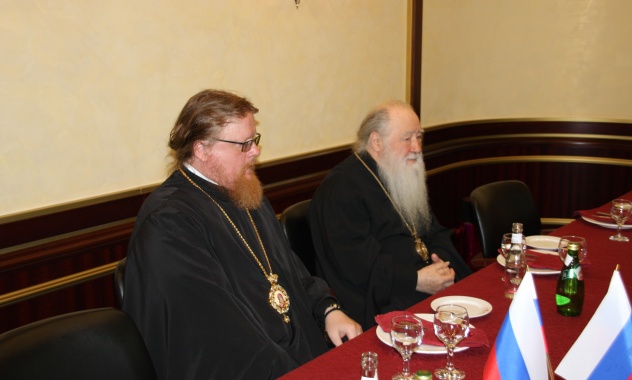 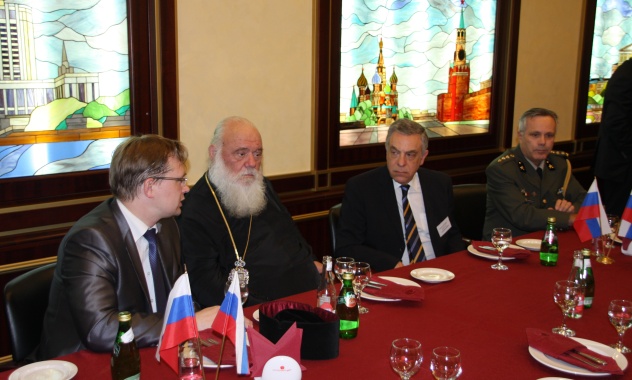 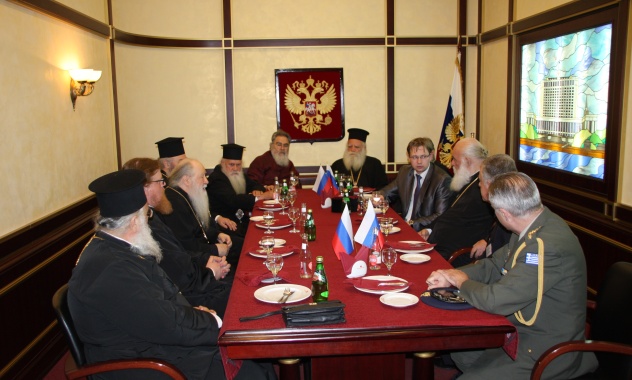 On May 30, 2012, His Beatitude Archbishop Ieronymos of Athens and All Greece concluded his visit to Moscow.

At Sheremetyevo airport, he was seen off by Metropolitan Juvenaly of Krutitsy and Kolomna, Bishop Tikhon of Podolsk, head of the Moscow Patriarchate’s financial and economic office, Archpriest Nikolay Balashov, vice-chairman of the Moscow Patriarchate’s department for external church relations, Archpriest Igor Yakimchuk, DECR secretary for inter-Orthodox Relations, Greek Ambassador to Moscow Michael Spinellis as well as clergy and DECR staff members.

In the course of his official visit to the Russian Orthodox Church, Archbishop Ieronymos concelebrated the Divine Liturgy at the Cathedral of the Assumption in the Moscow Kremlin together with His Holiness Patriarch Kirill of Moscow and All Russia. He also took part in the opening ceremony of the Days of Slavic Literature and Culture in Red Square and attended the grand concert at the Church of Christ the Saviour’s Hall of Church Councils.

On May 24, Archbishop Ieronymos together with Patriarch Kirill met with Russian President V. Putin.

During their meeting at the patriarchal residences in the St. Daniel Monastery and at Peredelkino, Patriarch Kirill and Archbishop Ieronymos discussed in particular cooperation in the social sphere and organization of joint work in the field of pilgrimage.