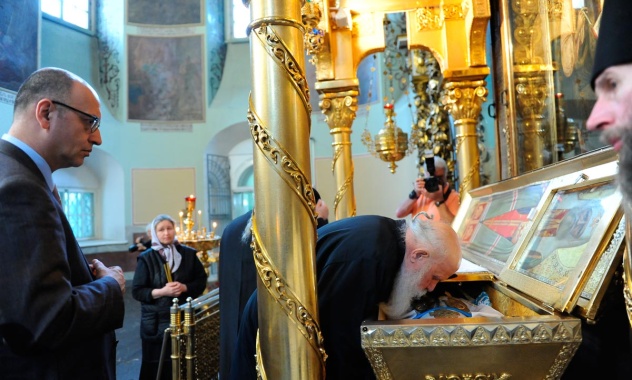 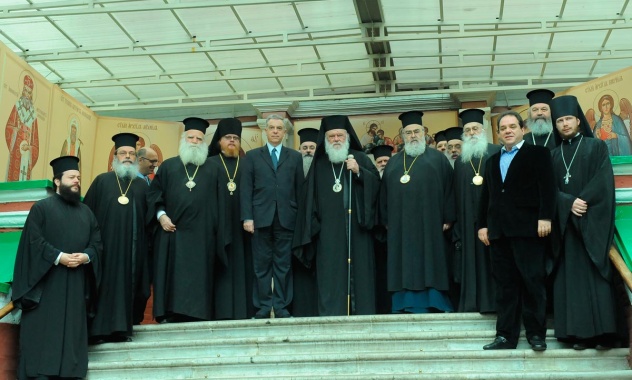 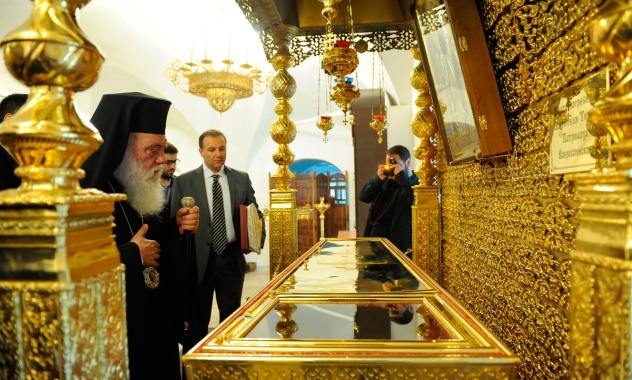 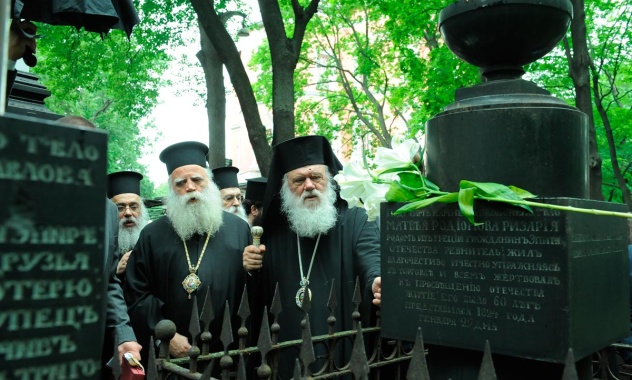 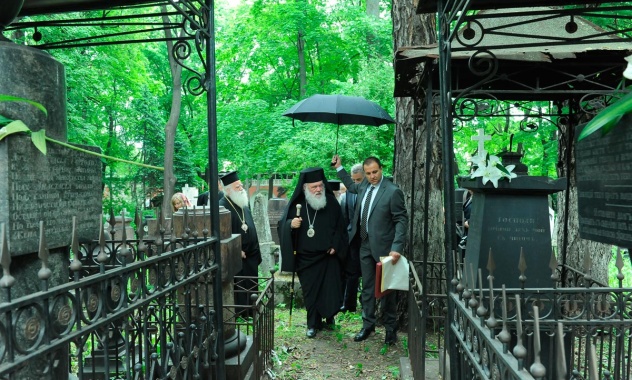 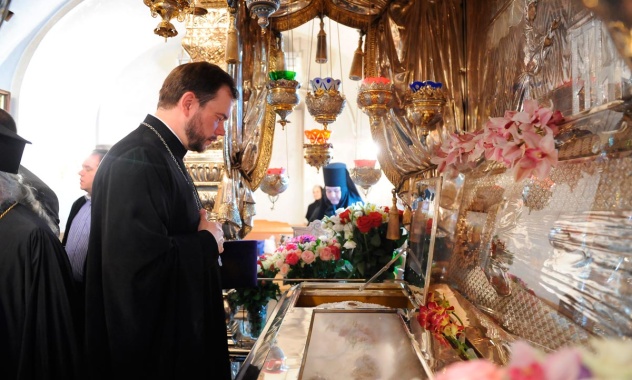 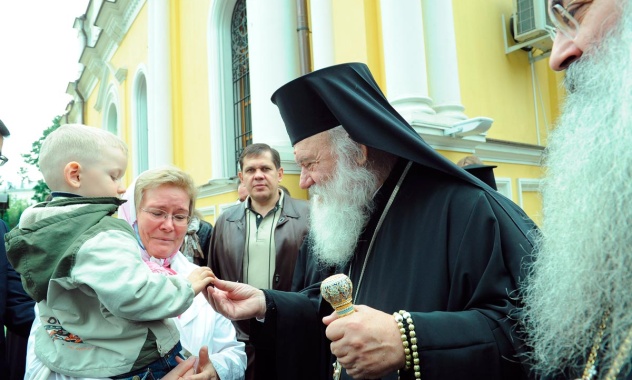 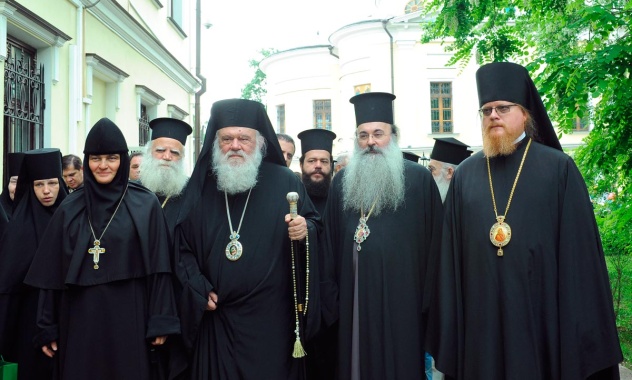 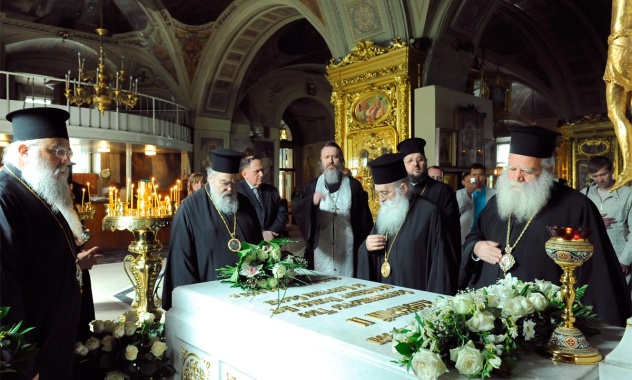 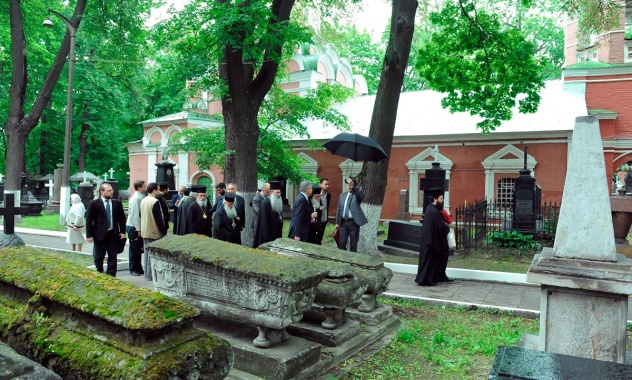 On 28 May 2012, in the course of his visit to the Russian Orthodox Church, His Beatitude Archbishop Ieronymos of Athens and All Greece and his suite visited Donskoy Monastery, the Convent of the Intercession, and the Cathedral of the Epiphany in Moscow.

H.E. Michael Spinellis, Ambassador Extraordinary and Plenipotentiary of the Greek Republic to the Russian Federation, Counsellor for Cultural Affairs Dimitrios Yalamas, and hieromonk Makariy (Chusov) of the monastery.

His Beatitude Ieronymos and members of his delegation venerated the Don Icon of the Mother of God and the relics of St. Tikhon of Moscow and sang troparion to the saint.

His Beatitude conducted the litiya at the tombs of the Greeks buried in the monastery’s necropolis.

As the high guests from Greece arrived in the stavropegic Convent of the Intercession, they were met by hegumeness Feofania and the sisters. The Primate of the Church of Greece and the Greek hierarchs venerated the relics of St. Matrona of Moscow and sang troparion to the saint.

That same day, members of the delegation venerated the holy sites of the Cathedral of the Epiphany in Yelokhovo, including the relics of St. Alexis of Moscow and the Kazan Icon of the Mother of God. The hierarchs of the Church of Greece celebrated a litiya at the tomb of the late-lamented Patriarch Alexy of Moscow and All Russia.