News > Inter-Orthodox relations > Archbishop Ieronymos of Athens and All Greece visits the Naval Cathedral of St. Nicholas in Kronstadt

Archbishop Ieronymos of Athens and All Greece visits the Naval Cathedral of St. Nicholas in Kronstadt 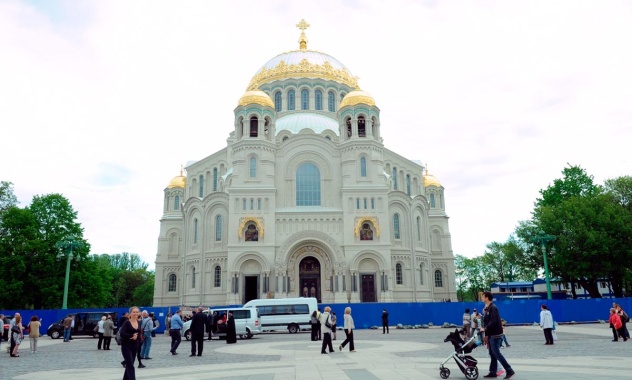 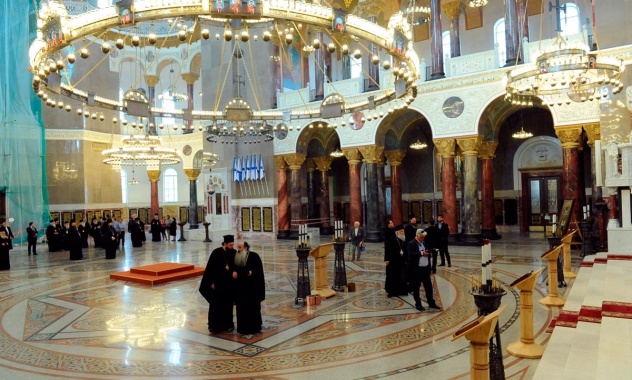 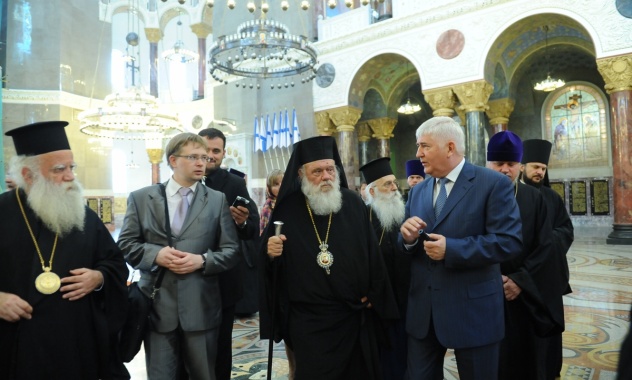 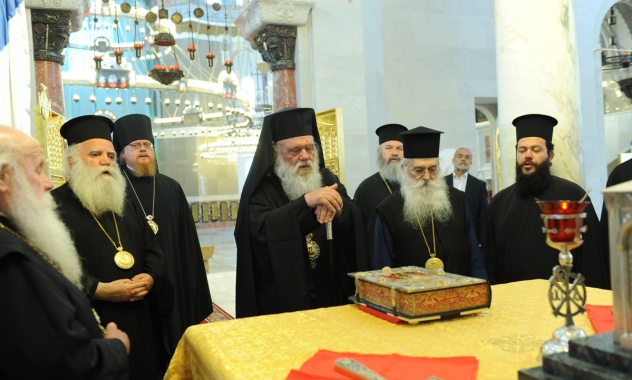 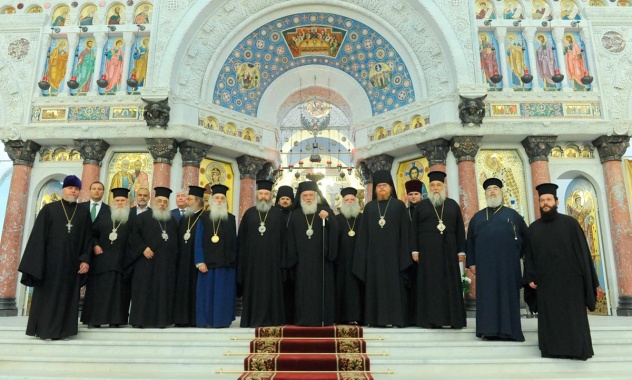 On May 27, 2012, His Beatitude Archbishop Ieronymos of Athens and All Greece, while on his official visit to the Russian Orthodox Church, visited together with retinue the Naval Cathedral of St. Nicholas in Kronstadt. His Beatitude was welcomed by the rector of the church, Archpriest Sviatoslav Melnik. The guests were informed about the restoration work conducted in this memorial church devoted to seamen who fell in action.

The primate of the Orthodox Church of Greece proceeded to the sanctuary and the congregation sang the hymn to St. Nicholas the Wonder-worker.

The Navel Cathedral of St. Nicholas the Wonder-Worker was built in 1913 on the voluntary donations as a memorial to seamen who fell in action and a special place for their commemoration. The church was also built in such a way that it can serve as an orientator for ships, and the cross of the naval cathedral can be the first thing for navigators to see.

The beginning of the construction of the cathedral on September 14, 1902, was preceded by a thanksgiving said by Archpriest Ioann of Kronstadt in the presence of Vice-Admiral S. Makarov. The consecration of the memorial church devoted to all the ranks of the Russian Navy took place on July 23, 1913, in the presence of the imperial family. Inside the church there were black and white marble plates, the black ones with names of naval officers who were killed in action. The names of lower ranks were not inscribed, only their total number was indicated, except for those who performed outstanding feats. Their names were inscribed on plates separately. The white marble plates bore the names of the clergy who served in the navy and were killed in sea.

In the Soviet time, the divine services were held in the church till 1927. It was closed completely on October 14, 1929. After its closure it was re-equipped as a movie theatre. In 1974 a branch of the Central Navy Museum was opened in it.

Since 2002, St. Nicholas’s has resumed its church life. At present, the restoration work is nearly completed.