Metropolitan Hilarion presides over All-Night Vigil in the Russian Orthodox Church Outside Russia’s Cathedral of St. John the Baptist in Washington 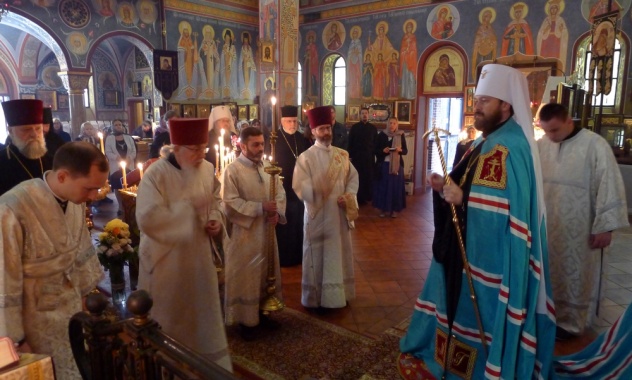 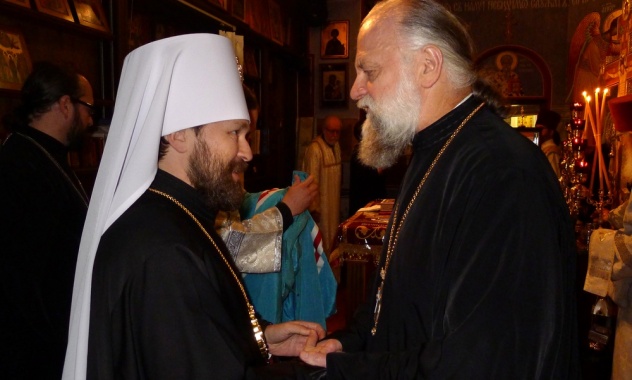 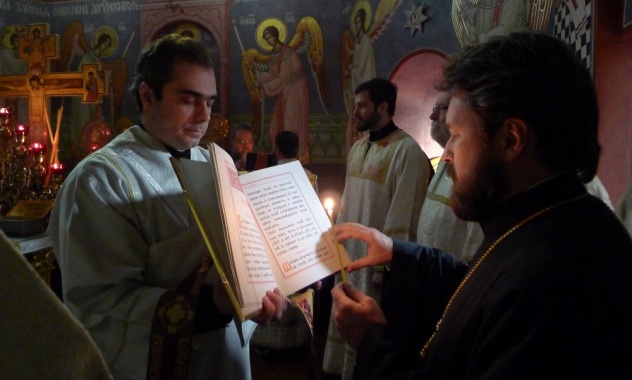 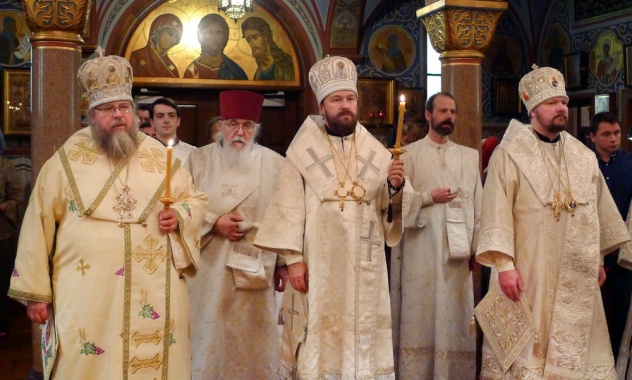 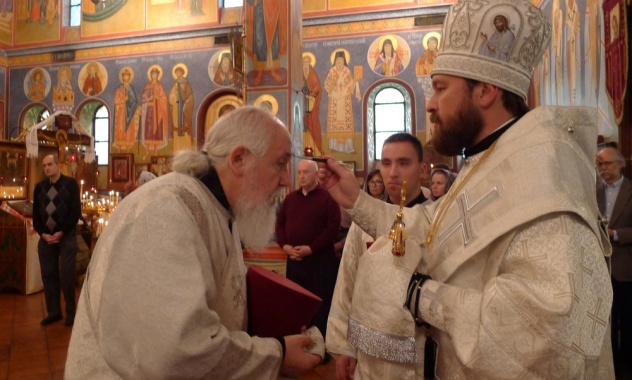 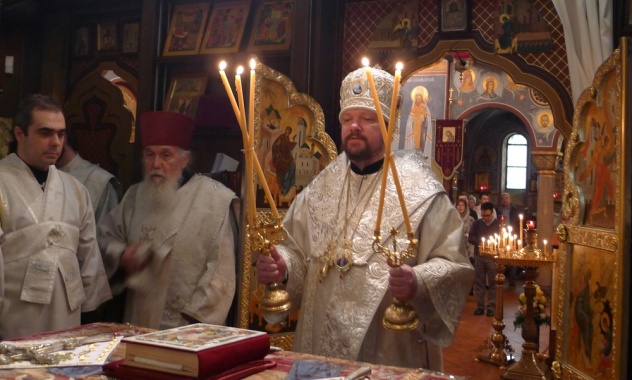 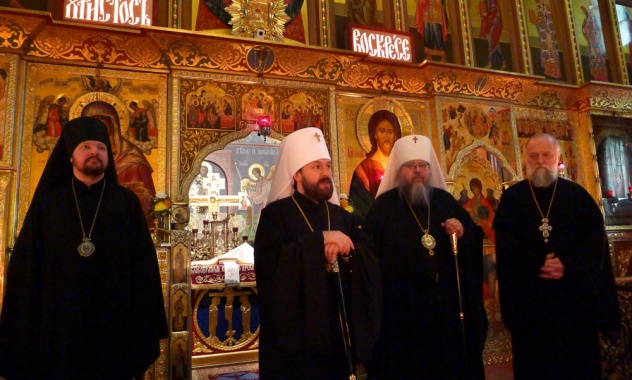 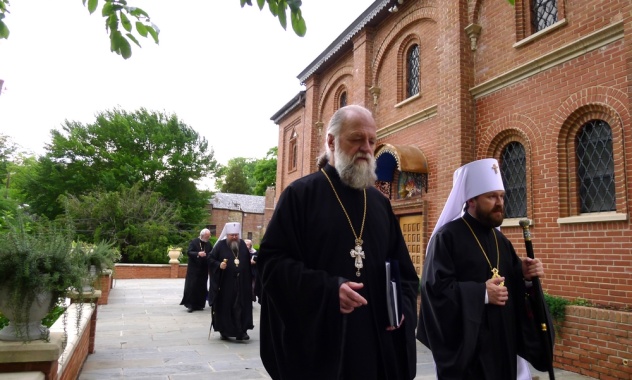 On May 13, 2017, Metropolitan Hilarion of Volokolamsk, head of the Moscow Patriarchate department for external church relations (DECR), celebrated All-Night Vigil at the St. John the Baptist Cathedral in Washington, the parish founded in September 1949 by St. John the Wonderworker of Shanghai.

The archpastor was assisted by Archbishop Jonah (Paffhausen) of Washington, Metropolitan of All America and Canada, Bishop Daniel of Santa Rosa, Bishop Ioann of Naro-Fominsk, administrator of the Patriarchal Parishes in the USA, Archpriest Nikolay Danilevich, DECR deputy chairman, Ukrainian Orthodox Church; Archpriest Victor Potapov, rector of the church; Hieromonk Ioann (Kopeikin), pro-rector for training, Ss Cyril and Methodius Institute of Post-Graduate Studies; Archpriest Yaroslav Lutoshkin, and other clergy of the cathedral.

In his homily after the Vigil, Metropolitan Hilarion said that he was delighted to meet again with the rector of the parish, Archpriest Victor Potapov, and to celebrate in that church. ‘Already as a schoolboy in the Soviet time, I tried to catch Father Victor’s voice through jammed broadcasts as he anchored programs for Orthodox believers on Radio Liberty’, His Eminence reminisced.

Metropolitan Hilarion reminded the congregation that in a few days it will be ten years since the Act of Canonical Communion was signed between the Moscow Patriarchate and the Russian Church Outside Russia, which marked the restoration of unity within the Local Russian Orthodox Church. ‘It enabled us to stand before God’s altar for all these years and to partake from one Eucharistic Cup and to feel members of one Body of the Church of Christ, the Russian Orthodox Church, which has enlightened our Russian and many other peoples through centuries. And today our holy Church is present in various countries and cities where there are our faithful and prayers are said in Church Slavonic or a particular vernacular. And here, too, services are celebrated in both Church Slavonic and English since it is important that they should be understood by the faithful’, he said.

His Eminence thanked Archpriest Victor Potapov for his educational, missionary and pastoral work that he carried out for many decades and wished God’s help to him and the parishioners.

Addressing Metropolitan Hilarion, Archpriest Victor Potapov said, ‘Our parish, thank God, is flourishing through the intercession of St. John of Shanghai who founded this community in 1949. We are rejoicing over the great event that took place ten years ago – the restoration of the Eucharistic communion. We seek to preserve the best traditions of the Russian Orthodox Church, which you could see on many occasions during your trips to the Russian diaspora. And today, as you have said, we can partake of the one Cup of Christ’.

As a token of the divine service, Father Victor presented Metropolitan Hilarion with an icon of St. John of Shanghai.