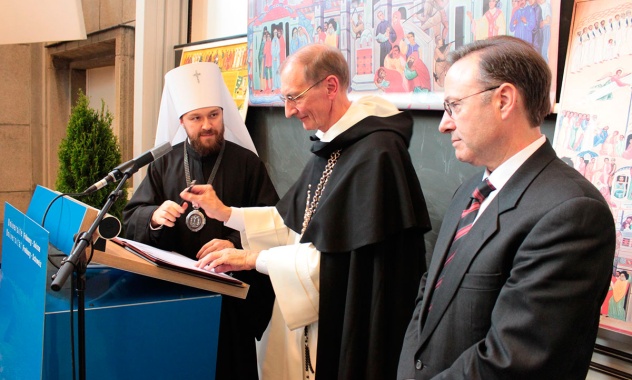 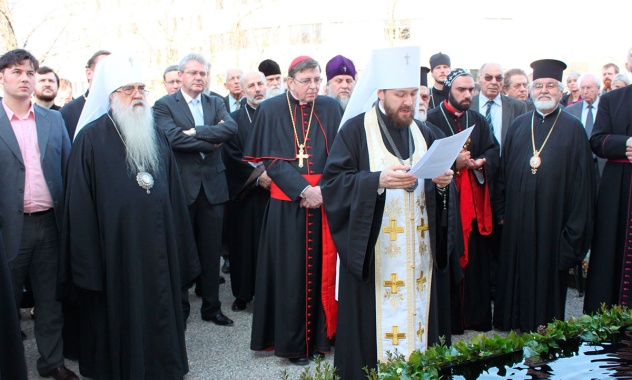 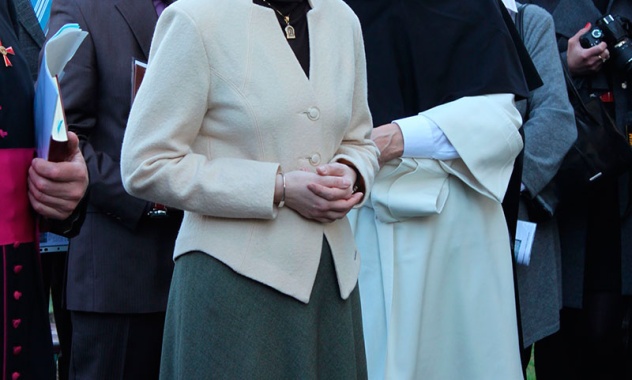 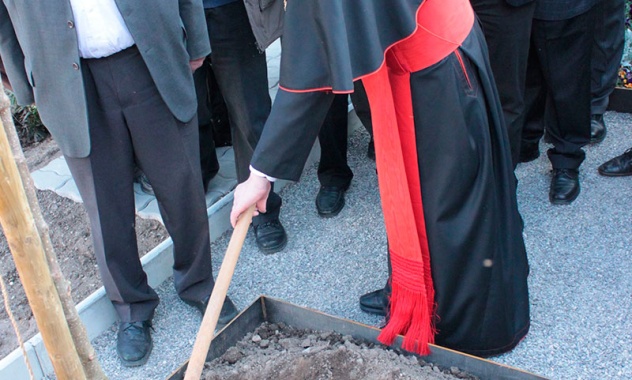 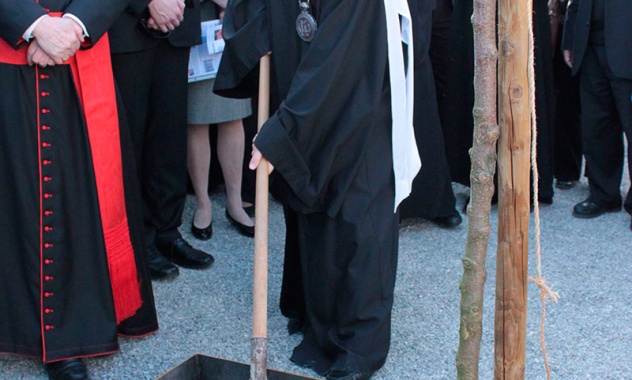 On 25 March 2011, cooperation agreement between the University of Fribourg and the Ss Cyril and Methodius Church Postgraduate and Doctoral School was signed in Fribourg, Switzerland.

The agreement was signed by Metropolitan Hilarion of Volokolamsk, rector of the Church Postgraduate Scholl, Rev. Guido Vergauwen, rector of the University of Fribourg, and Prof. Dr. Mario Delgado, dean of the Faculty of Theology.

The agreement implies mutual recognition of the diplomas, an opportunity to study at both educational institution at the same time, and exchange of the faculty and students.

Attending the ceremony on the Orthodox side were Metropolitan Philaret of Minsk and Slutsk, Patriarchal Exarch of All Belarus;  Archbishop Ionafan of Tulchin and Bratslav; Bishop Nestor of Korsun; Bishop Sofian of Brashov (Romanian Orthodox Church); archpriest Mikhail Gundyaev, representative of the Moscow Patriarchate at the World Council of Churches and to the international institutions  in Geneva; hieromonk Alexander (Siniakov), rector of the Russian Orthodox Seminary in Paris; hieromonk Gabriel (Bunge), hieromonk Nikodim (Pavlinchuk) and deacon Augustin Sokolowski of the Korsun diocese; a delegation of the Minsk Faculty of Theology; and many clerics of the communities of the Local Orthodox Churches in Switzerland, Italy, and France.

Also present were Rev. Gottfried Locher, president of the Federation of Swiss Protestant Churches; minister of education of the canton of Fribourg Ms. Isabelle Chassot, director of the department of culture Gérald Berger, and other representatives of secular and church public.

On the occasion of the signing, Metropolitan Hilarion celebrated a short prayer service, during which he blessed the fresco on the building of the Institute of Inter-Christian Studies painted by the Romanian Orthodox icon-painter Gabriel Salomon.

In his address Mr. Gérald Berger underscored the importance of indissoluble ties among culture, art and theology so vividly present in Orthodox icon-painting.

In the conclusion of the ceremony, Metropolitan Hilarion and Cardinal Kurt Koch planted a tree in the garden of the Institute of Inter-Christian Studies in commemoration of their visit to Fribourg and the signing of cooperation agreement between the two educational institutions.