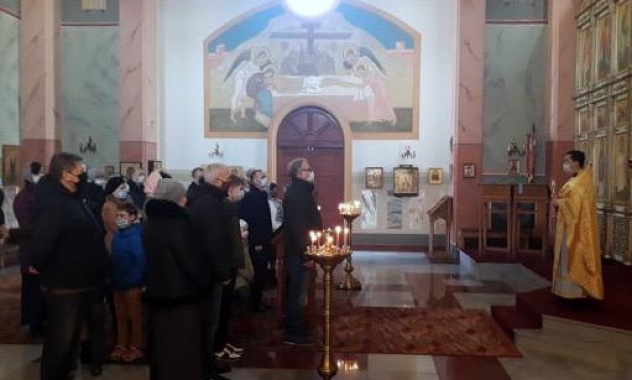 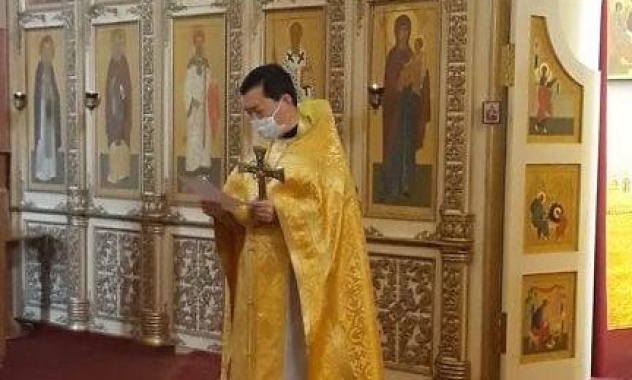 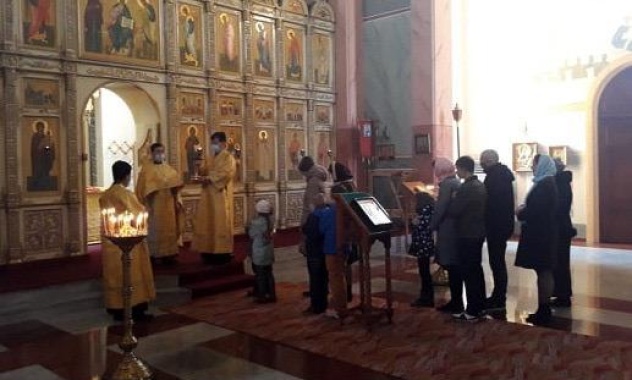 On 15th March 2020, Second Sunday of Lent, divine services were resumed at the Church of the Holy Trinity in Pyongyang after a break caused by the anti-epidemic quarantine.

The Divine Liturgy was celebrated by Priest Vladimir Jang. Among those praying in the church were Mr. Alexander Matsegora, Ambassador Extraordinary and Plenipotentiary of the Russian Federation to the Democratic People’s Republic of Korea, and the Orthodox compatriots. Many of the worshippers took the Holy Communion.

After the service Rev. Vladimir Jang read out a message of Metropolitan Sergy of Singapore and Southeast Asia, Patriarchal Exarch of Southeast Asia, to the hierarchs, clergy, monastics and God-loving flock of the Patriarchal Exarchate of Southeast Asia concerning the spread of the coronavirus epidemic. Metropolitan Sergy called upon all the Orthodox faithful to lift up fervent prayers that the affliction that had befallen humankind may be overcome as soon as possible, and to perform special prayer services for the soonest recovery of the infirm and for the stop of the disease’s spread.

As part of the measures against the conronavirus epidemic, the authorities of the Democratic People’s Republic of Korea introduced certain restrictions on mass events in the country, which affected the celebration of divine services and attendance at the Holy Trinity Church. The measures have been effective, and gradually the restrictions are being lifted. However, during the Liturgy all the necessary precautionary and sanitary measures were taken.