Metropolitan Hilarion of Volokolamsk begins his working visit to Cyprus 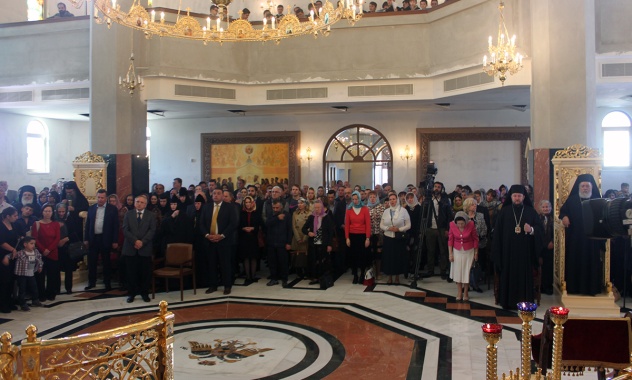 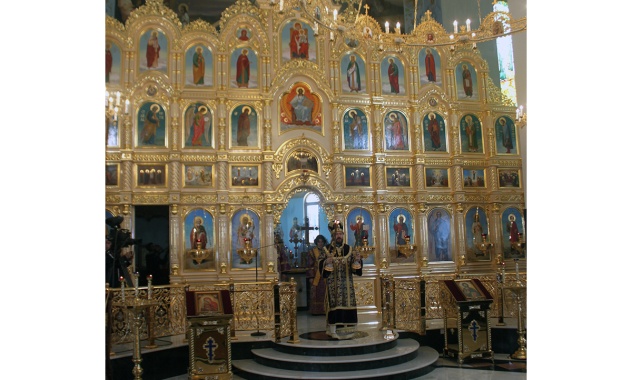 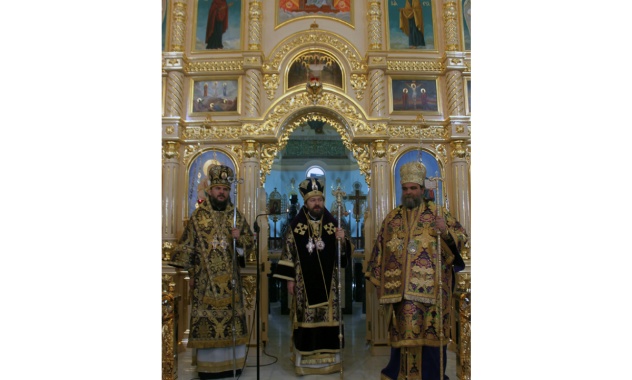 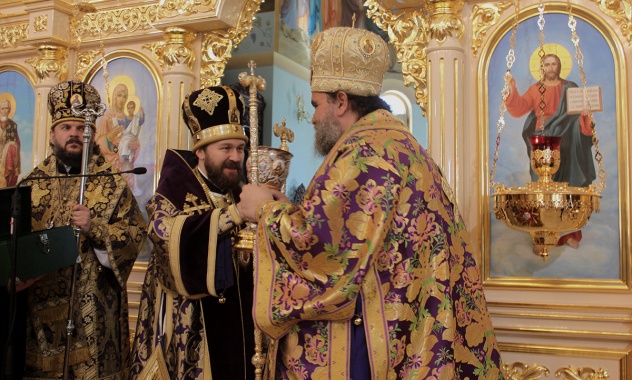 On 25 March 2017, with the blessing of His Holiness Patriarch Kirill of Moscow and All Russia and at the invitation of Metropolitan Isaias of Tamasos and Oreini, Metropolitan Hilarion of Volokolamsk, chairman of the Moscow Patriarchate’s Department for External Church Relations, arrived in Cyprus to take part in the opening of the Russian Church of St Andrew the First-Called and All the Saints Who Shone Forth in the Russian Land in the city of Episkopion (Archdiocese of Tamasos of the Orthodox Church of Cyprus).

On Sunday, March 26, Metropolitan Hilarion of Volokolamsk, together with Metropolitan Isaias of Tamasos and Oreini, and Archbishop Amvrosy of Peterhof, rector of the St. Petersburg Theological Academy, celebrated the first Divine Liturgy at the newly-constructed church in concelebration with the clergy of the Churches of Russia and Cyprus.

Praying at the service were Metropolitan Niphon of Philipopolis (Patriarchate of Antioch), Bishop Antonije of Moravicí (Serbian Patriarchate), Metropolitan Nikolaj of Plovdiv (Bulgarian Patriarchate), and Metropolitan Theokletos of Vrestheni (Church of Greece). Among those present were H.E. Mr. Stanislav Osadchy, Ambassador Extraordinary and Plenipotentiary of the Russian Federation to the Republic of Cyprus, and representatives of the local authorities.

The liturgical hymns were performed by the choir of the St. Petersburg Theological Schools.

After the service Metropolitan Isaias of Tamasos and Oreini warmly greeted Metropolitan Hilarion and other guests and expressed his joy that his long-standing intention to build a Russian church in the land of Cyprus had been accomplished.

Metropolitan Hilarion also addressed all those present, saying in particular:

“It is my wish that this church, first Russian church on the island, will not be the last one. I hope that other hierarchs will follow your example, Vladyka Isaias, and will build Russian churches in their dioceses. It will become a clear sign of unity, both Eucharistic and spiritual, that our Churches have had for centuries. At the same time it will be a response to the real needs of people.

“I would like to convey to you, dear Vladyka, the blessing and gratitude from His Holiness Patriarch Kirill of Moscow and All Russia – gratitude for your love for the Russian Church, for your many years of work in the sphere of inter-Orthodox cooperation, for your care for the Russian-speaking people living on this island. I would also like to convey His Holiness’s blessing to your flock.”

The same day later Metropolitan Hilarion went to Limassol where he visited the construction site of the Russian Church of St Nicholas the Wonderworker. The foundation stone of this church was laid by His Holiness Patriarch Kirill of Moscow and All Russia during his irenical visit to Cyprus in 2012.