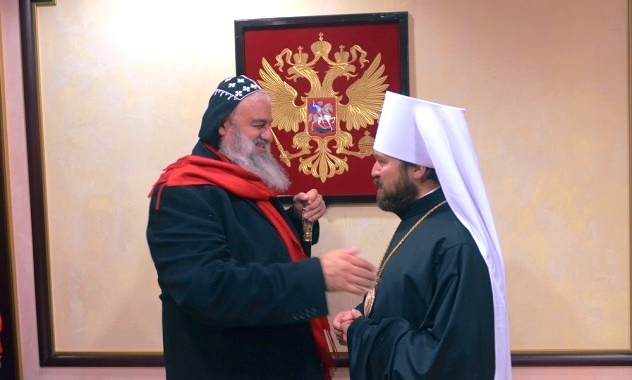 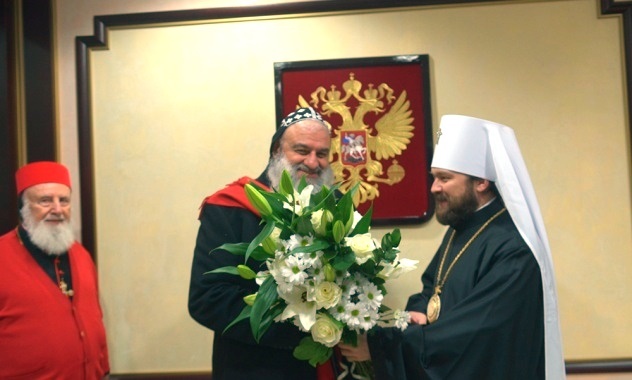 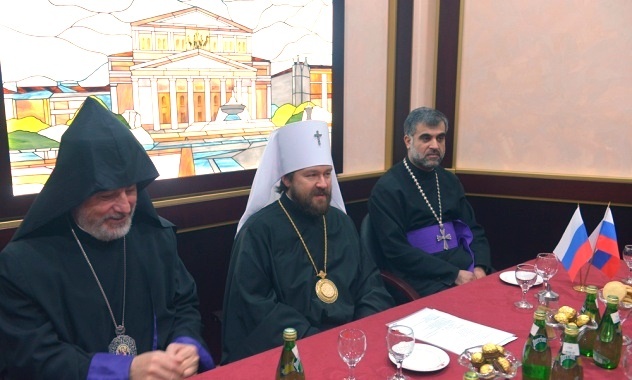 At the Moscow Sheremetyevo Airport His Holiness Patriarch Mor Ignatius Aphrem II was met by Metropolitan Hilarion of Volokolamsk, chairman of the Department for External Church Relations of the Moscow Patriarchate, who greeted the high guest on behalf of the Russian Orthodox Church.

During the visit which will be completed on November 13, His Holiness Patriarch Mor Ignatius Aphrem II will meet with His Holiness Patriarch Kirill of Moscow and All Russia and representatives of governmental authorities of the Russian Federation, and will visit theological institutions of the Russian Orthodox Church and churches and monasteries in Moscow and the Moscow Region.

The Syriac Orthodox Church belongs to the family of the so-called “Non-Chalcedonian” Churches, along with the Coptic, Apostolic Armenian, Ethiopian and Eritrean Tewahedo Churches. It is one of traditional Christian communities of the Middle East and numbers one and a half – two million faithful. The canonical territory of the Syriac Orthodox Church comprises Syria, Iraq, Lebanon, and the south of Turkey. Historically, this Church is closely linked to the Malankara Syrian Church performing its ministry in India.

In the 20th century, a considerable number of the Syriac Orthodox Church’s faithful in the Middle East were forced to leave their homeland and flee to the Western countries because of the worsening of the social and political situation in the region. In recent years this tendency has grown with terror spreading in Syria and Iraq. Clergymen often fall victims of the terrorists’ attacks. Thus, abducted in April 2013 were two metropolitans of Aleppo. One of them, Mar Gregorios Yohanna Ibrahim, is a hierarch of the Syriac Orthodox Church. There is still no information about the whereabouts of the two metropolitans.