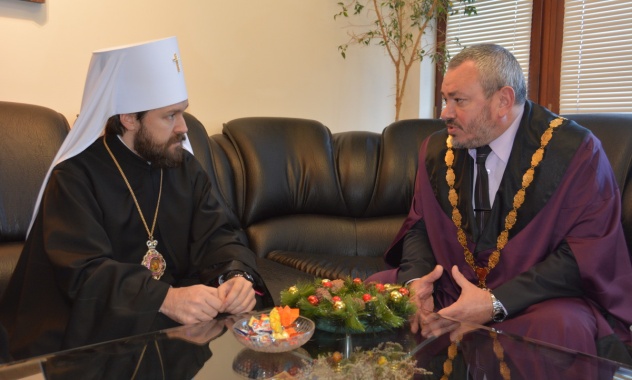 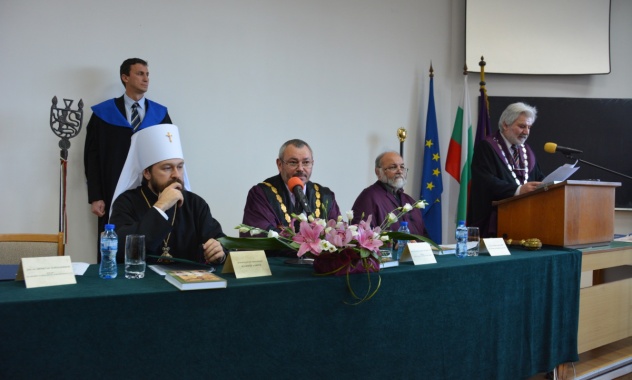 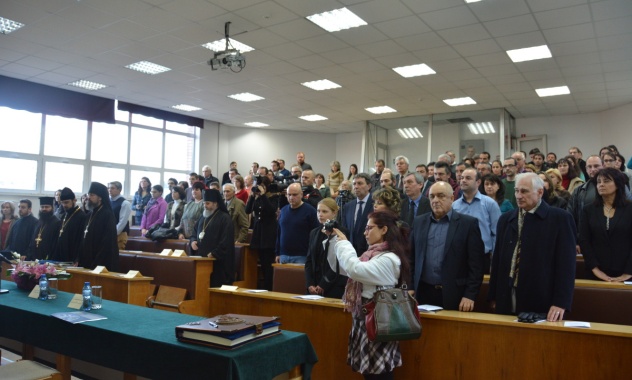 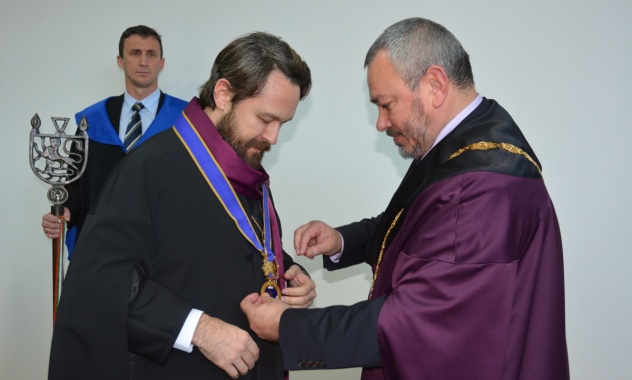 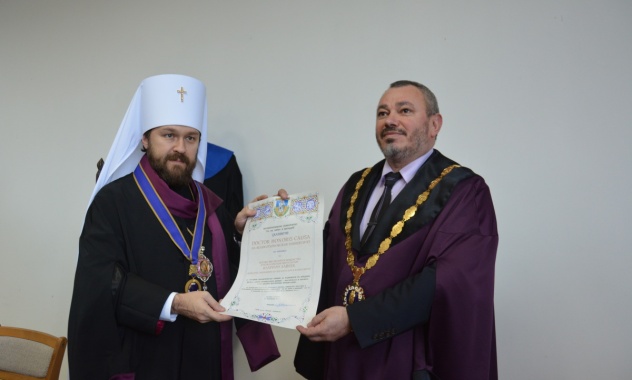 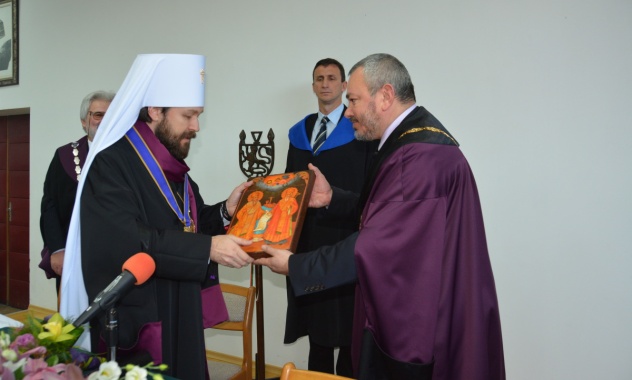 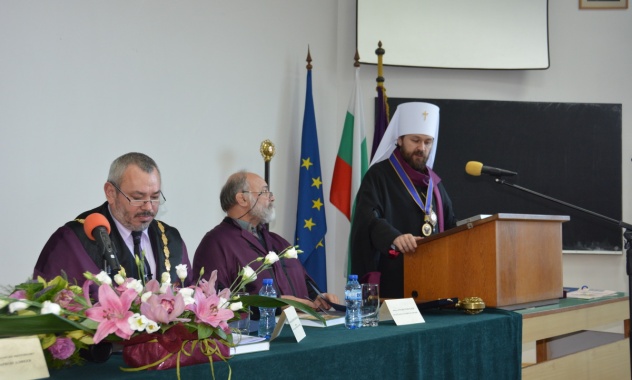 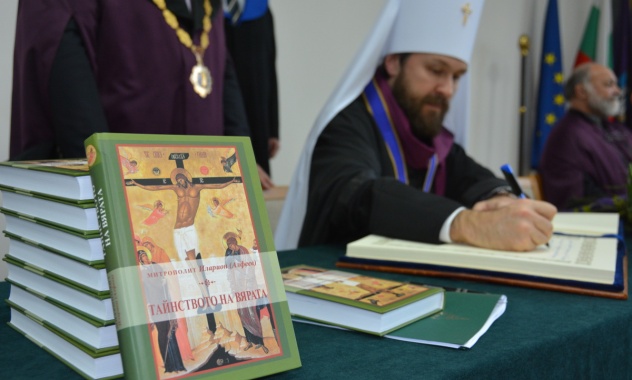 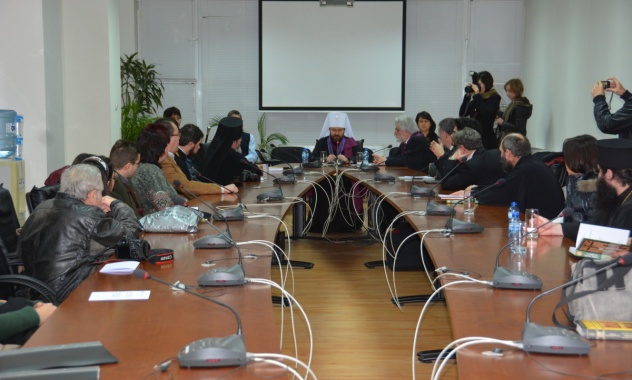 On December 19, 2014, during his visit to the Bulgarian Orthodox Church, made with the blessing of Patriarch Kirill of Moscow and All Russia, Metropolitan Hilarion of Volokolamsk, head of the Moscow Patriarchate department for external church relations and rector of Ss Cyril and Methodius Institute for Post-Graduate Studies, visited Veliko Tarnovo University.

The guest was welcomed by the university’s rector Plamen A. Legkostup, who told him about the work of the university and the theological department which was opened in 1991 and now trains about one thousand students.

The talk was followed by a ceremony of granting the metropolitan the degree of doctor honoris causa ‘in acknowledgement of his exceptional contribution to the development of relations between the Russian Orthodox Church and the Universal Orthodoxy’. The ceremony was attended by the faculty and students of the university.

His Eminence Hilarion delivered the doctor’s speech on “Holy Scripture and the Holy Tradition: an Orthodox Perspective”.

During the ceremony the dean of the department of theology, Dr. Dimitr Marinov, presented the Bulgarian version of Metropolitan Hilarion’s book The Mystery of the Faith.

Then Metropolitan Hilarion had a talk with professors and students of the department of theology. He said in particular, “Today there are over fifty secular educational institutions in Russia including leading universities which teach theology and have chairs of theology; there are also theological universities… The modern educated man needs theology, which should be included in the curricula taught in secular universities. Thus the link of theology with other disciplines, broken in the post-revolutionary years, is restored”.

Veliko Tarnovo University is one of the leading higher education institutions in Bulgaria. It was founded in 1963. It has inherited the educational and cultural traditions of the famous literary school of Veliko Tarnovo, which had existed since the 14th century and later became a university of arts.