Metropolitan Hilarion of Volokolamsk meets with Catholic Archbishop of Barcelona 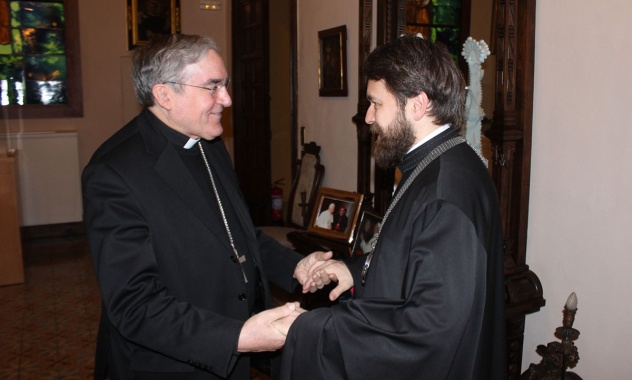 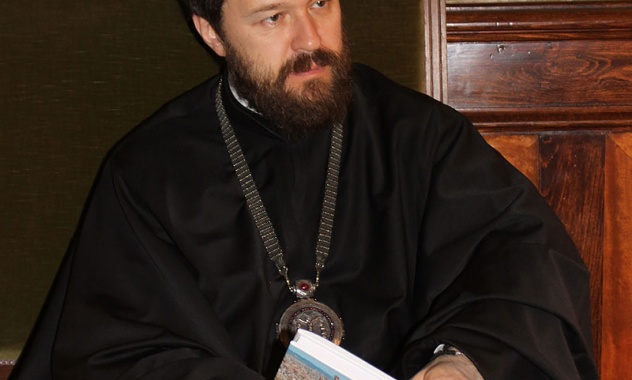 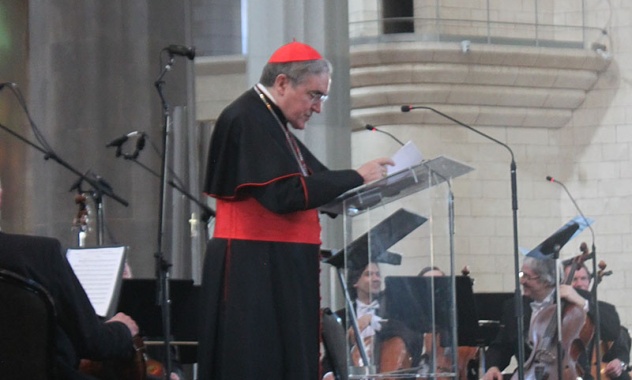 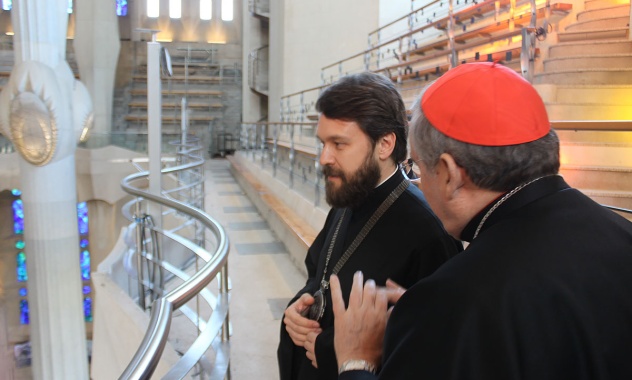 On April 15, 2014, Metropolitan Hilarion of Volokolamsk, head of the Moscow Patriarchate’s department for external church relations, while on a visit to Spain with a blessing of His Holiness Patriarch Kirill of Moscow and All Russia, met with Cardinal Lluis Martinez Sistach, Archbishop of Barcelona.

They discussed a wide range of issues concerning cooperation between the Russian Orthodox Church and the Roman Catholic Church in Catalonia, especially in cultural and educational areas.

In conclusion of the meeting, Metropolitan Hilarion presented his interlocutor with a copy of the recently published Spanish version of Patriarch Kirill’s book “Freedom and Responsibility. In a Search for Harmony”.

On the same day, the DECR chairman and Cardinal Sistach attended a concert given in the Basilica of the Holy Family (Sagrada Familia) in Barcelona by the Russian National Orchestra and the Moscow Synodal Choir who recited Metropolitan Hilarion’s oratorio “Passion According to St. Matthews” put into literary Catalan.

After the concert Cardinal Sistach took Metropolitan Hilarion on a tour of Sagrada Familia, one of the main architectural sights in Barcelona. Designed by outstanding architect Antoni Gaudi, this church has being built since 1882, reflecting the complicated history endured by the Roman Catholic Church in the 20th century.