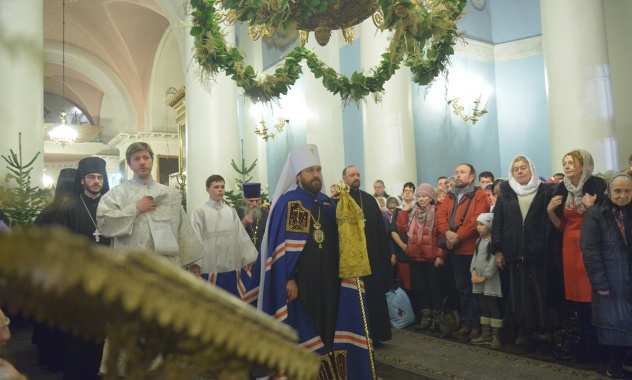 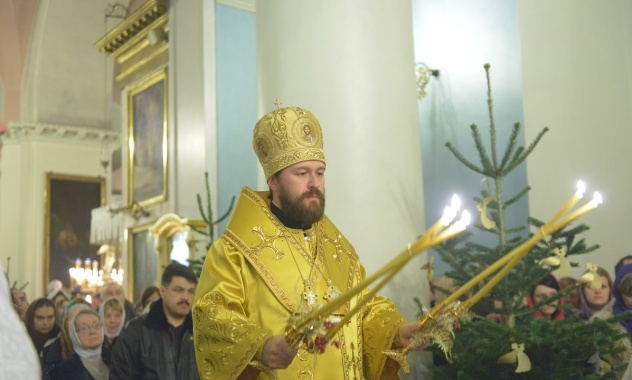 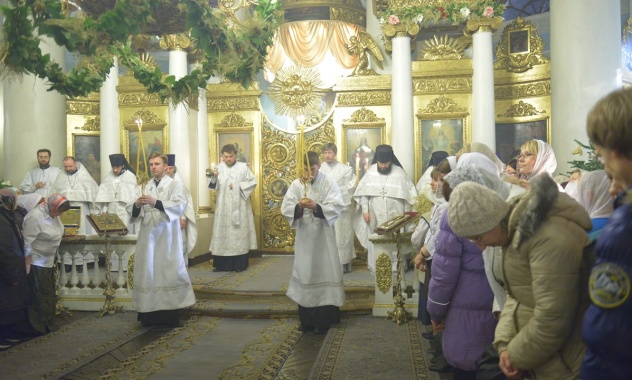 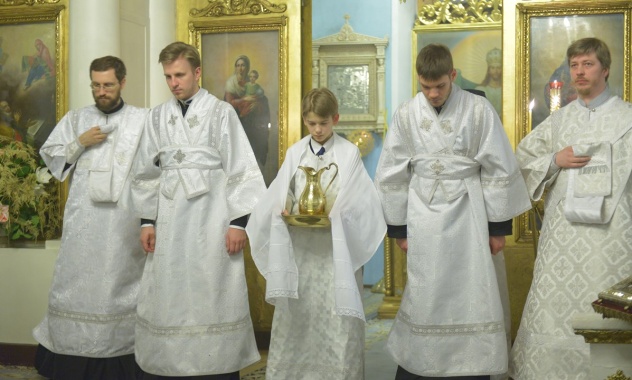 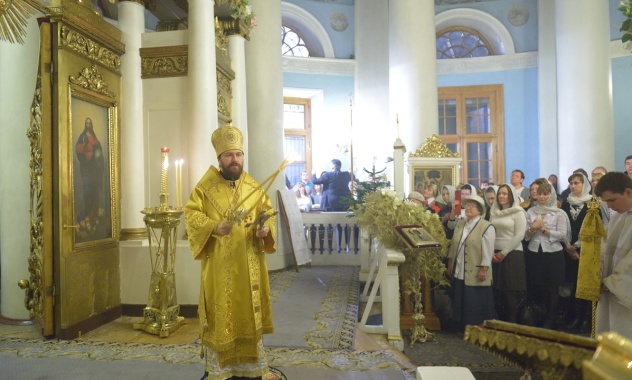 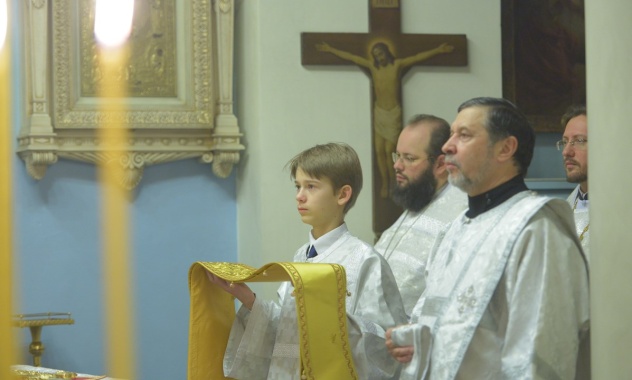 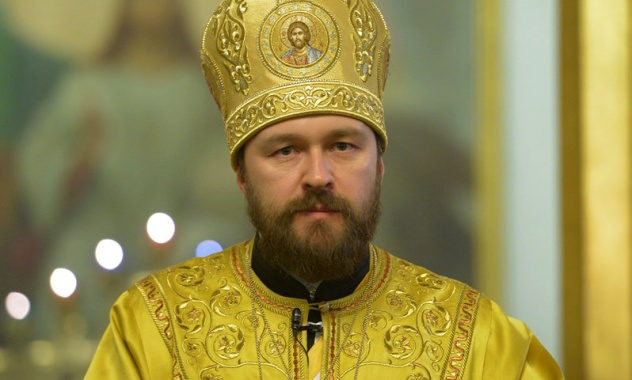 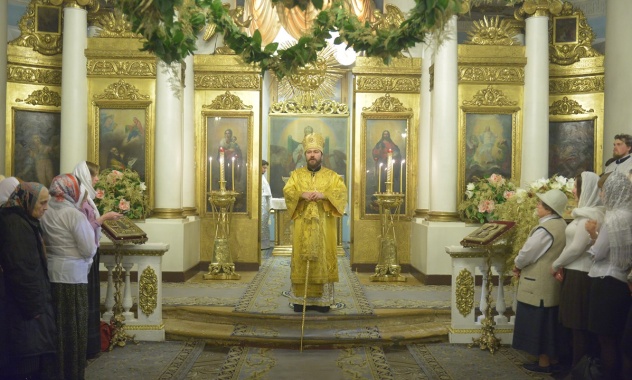 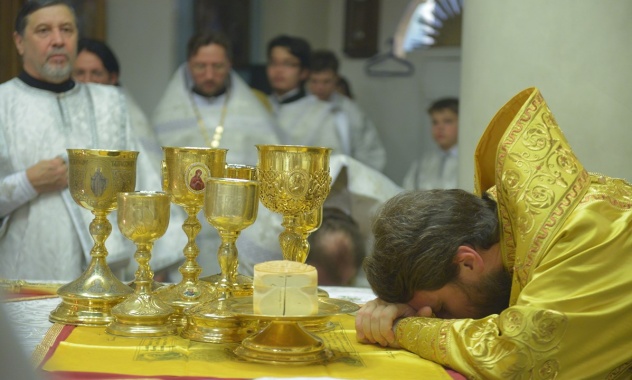 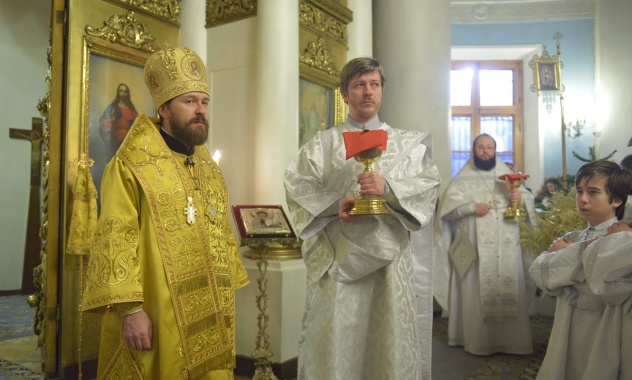 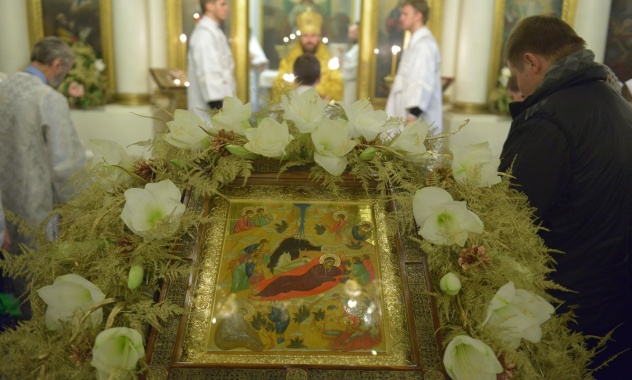 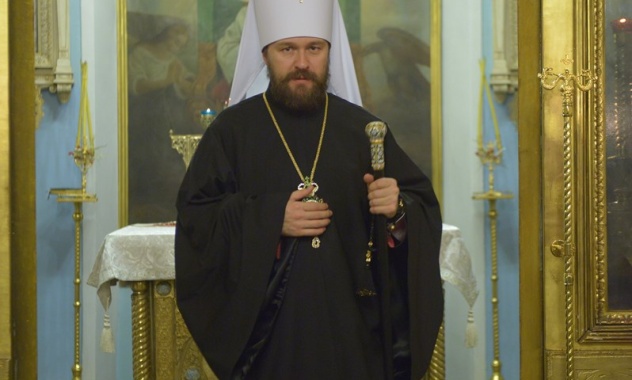 On the night of January 7, 2014, the feast of the Nativity of Christ, Metropolitan Hilarion of Volokolamsk, chairman of the Moscow Patriarchate’s Department for External Church Relations, rector of the Ss Cyril and Methodius Theological Institute for Post-Graduate Studies, celebrated the Divine Liturgy at the Church of the ‘Joy to All the Afflicted’ Icon of the Mother of God in Bolshaya Ordynka Street, Moscow. Concelebrating with him were ordained staff-members of the Department for External Church Relations and clerics of the church.

The Great Compline and the Matins were celebrated in the evening of January 6.

Praying at the liturgy were benefactors of the church, students of the Ss Cyril and Methodius Theological Institute for Post-Graduate and Doctoral Studies, and numerous parishioners. The Moscow Synodal Choir conducted by the Honoured Artist of Russia Alexei Puzakov sang at the service.

After the reading from the Gospel, Metropolitan Hilarion addressed the worshippers, saying in particular:

“On this radiant Christmas night we remember the event which happened in far-off days and in a far-off country, and which has changed the course of the human history. Two thousand years later, we gather together on this night in order to feel what just a few people felt back then, among them, the Most Holy Theotokos, the shepherds whom the angel heralded the birth of the Infant and who went to venerate Him, and the magi whom the star showed the way to the cradle of the Infant Christ…

“God came into the world which was full of human evil, vice, and sin. We heard in the Gospel that while the magi were looking for the Infant King of the Jews, another king of the Jews who ruled over that small country at that time saw a danger to his power in the news about the birth of Christ and planned an atrocious murder of the Infant Who did no evil to no one. Before the Infant Christ was born, He became a stumbling block for that man and for other people who did evil and therefore felt that God’s presence in the world was a hindrance for them.

“The conflict between God, Who only brings people good, light and life, and an evil human will which often brings people death, harm and sufferings, has been going on to this day. Nowadays, there are many people who are suffering because of their neighbours. And every day, many believers in Christ are killed, just like the infants in Bethlehem were killed. Still going on is the history of martyrdom for Christ which began with the infants in Bethlehem and St John the Baptist and which continued with the martyrs of the early Church and later centuries. There are Christians who are abducted, held captive, and killed for the name of Christ. But Christ is present in our fallen and sinful world. He is with all those persecuted, suffering and destitute. His presence brings meaning not only to human happiness and joy, but also to every suffering that befalls human beings. We know that when we suffer and feel destitute, we are not left by God, as God abides in our midst. More is to say, we do not suffer alone, God suffered and died on the cross…

“On this Christmas night we glorify God Who has come to save us all and to bring meaning to our life, fill it with joy and His Divine presence. And this night, when we partake of the Holy Eucharist at the Divine Liturgy, let us thank God from the bottom of our souls, for He has become man, He lived and still lives among us, He gave Himself to us and fills all of us with His life-giving presence. Let us give thanks to the Lord Who transfigures our inner world and the world around us and leads us to salvation. Amen.”

Hegumen Filaret (Tambovsky) read out the Christmas Message of His Holiness Patriarch Kirill of Moscow and All Russia to the archpastors, pastors, monastics, and all the faithful children of the Russian Orthodox Church.