Metropolitan Hilarion meets with President of the Pontifical Council for Culture 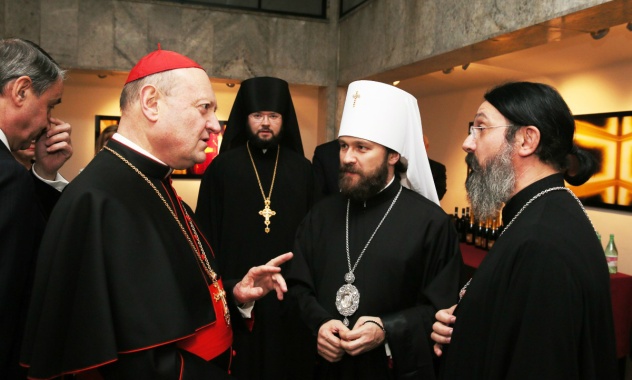 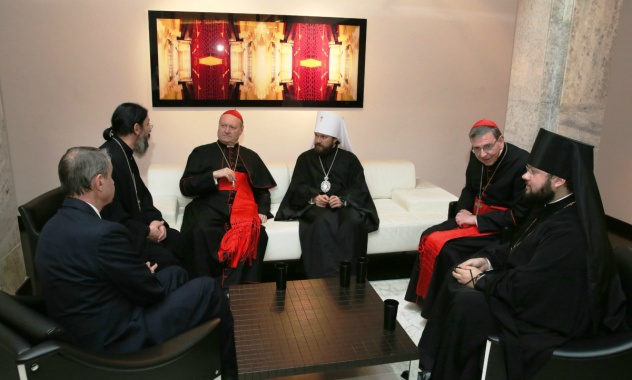 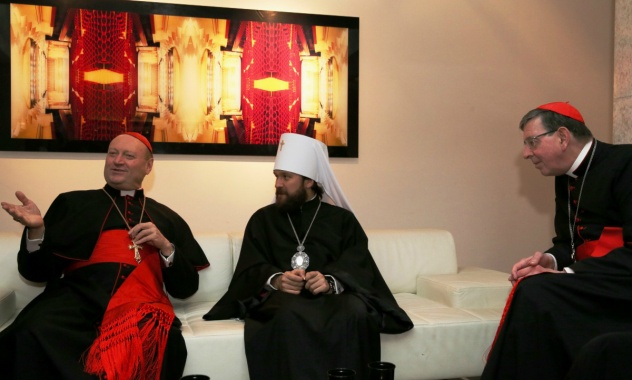 On 12 November 2013, the DECR chairman met with Cardinal Gianfranco Ravasi, President of the Pontifical Council for Culture.

They were joined in the meeting, which took place at Auditorium Conciliazione in Rome, by Cardinal Kurt Koch, President of the Pontifical Council for Promoting Christian Unity; Alexander Avdeyev, Ambassador of the Russian Federation to the Holy See; Ambassador Sergei Razov of the Russian Federation to the Italian Republic; archimandrite Antony (Sevryuk), secretary of the administration of the Moscow Patriarchate’s parishes in Italy; and hieromonk Giovanni Guaita, a staff member of the DECR secretariat for inter-Christian relations.

Discussed at the meeting were various aspects of cooperation among the Churches in culture and theological education.

After the meeting, a concert sponsored by the Moscow Patriarchate and the Pontifical Council for Culture was performed by Roma Sinfonietta orchestra conducted by Marcello Rota with Svetlana Kasyan of the Bolshoi theatre as a soloist. The audience listened to the pieces of Vincenzo Bellini, Georges Bizet, Alfredo Catalani, Guiseppe Verdi, Giacomo Puccini, and Metropolitan Hilarion.