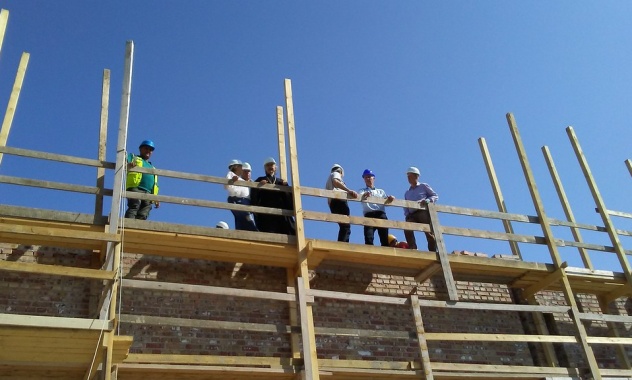 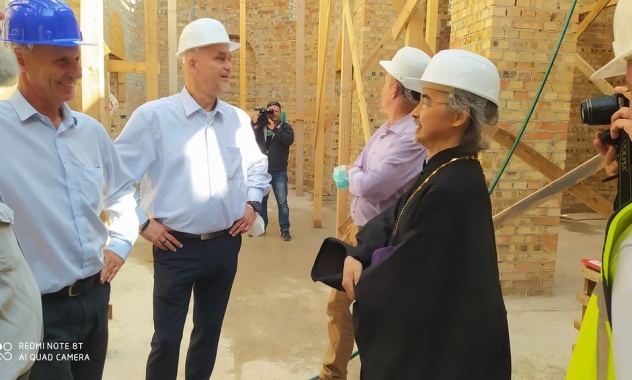 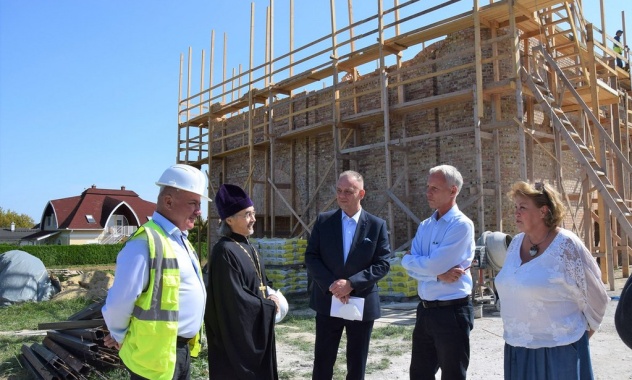 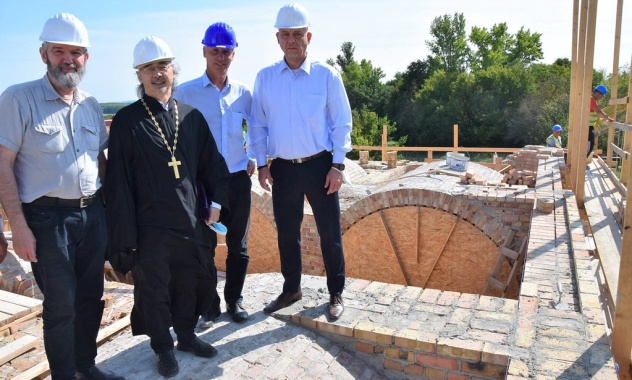 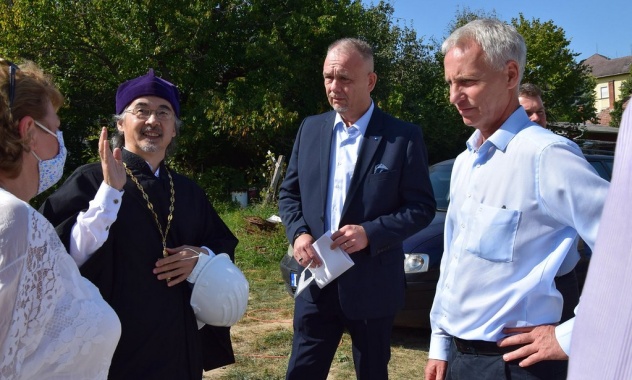 On 18th September 2020, Mr. Miklós Soltész, Hungary’s Secretary of State for Churches, Minorities and Civil Affairs, visited the town of Hévíz, in particular, a building site of the Russian Orthodox church of the “Life-Giving Spring” Icon of the Mother of God.

At the construction site Mr. Soltész and those accompanying him were met by the mayor of the town, Mr. Gábor Papp.

The Secretary of State talked with the rector of the Orthodox parish, Archpriest Nikolai Kim, who expressed his gratitude to the Government of Hungary for its considerable financial support for the Russian Church’s diocese of Hungary in restoring a number of Orthodox churches in the country and for its assistance in constructing the church in Hévíz. The priest told the high guest about the life of the town’s Orthodox community which consists not only of the Russian-speaking dwellers, but also of the Orthodox Hungarians. The parish in Hévíz sees its mission in, among other tasks, commemorating the saints associated with the Balaton region, such as the Holy Brothers Cyril and Methodius, Equal-to-the-Apostles, and Emperor Theodosius the Great.

At the conclusion of the conversation, the Hungarian television crew did an interview with Mr. Soltész and Mr. Papp, who expressed their satisfaction with the process and quality of the construction works, website of the diocese reports.