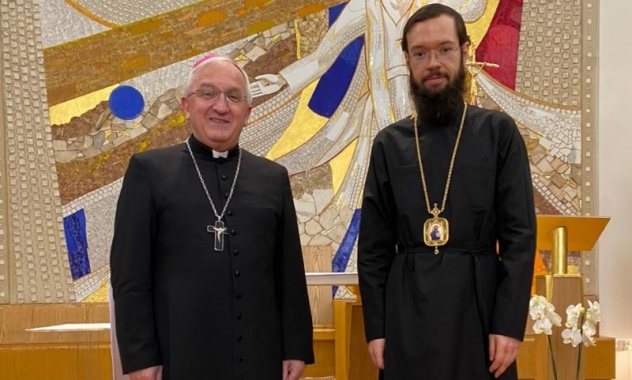 On 5 June 2020, a meeting took place in Paris between the Patriarchal Exarch for Western Europe, Metropolitan Anthony of Chersonesus and Western Europe, and the Apostolic Nuncio in France Archbishop Celestino Migliore.

Until his arrival to France, Archbishop Migliore served for several years as Apostolic Nuncio in the Russian Federation.

During the meeting, which was held in a warm atmosphere, Metropolitan Anthony congratulated the diplomat on his new assignment and presented him with a token of the meeting.

His Eminence Anthony also took a tour of the historic building of Nunciature and familiarized himself with its objects of note. Archbishop Migliore presented the Patriarchal Exarch with a book on the history of the mosaics in the Nunciature chapel.

With reference to the website of the Diocese of Chersonesus