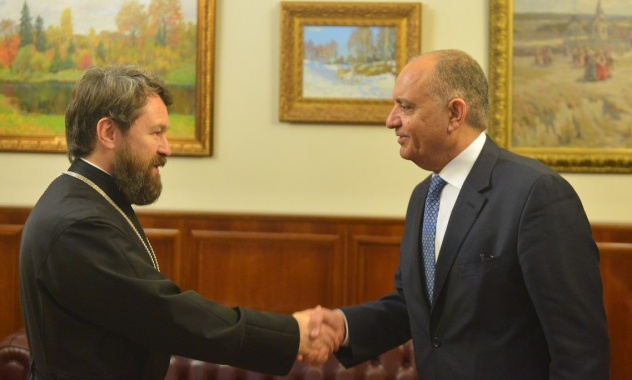 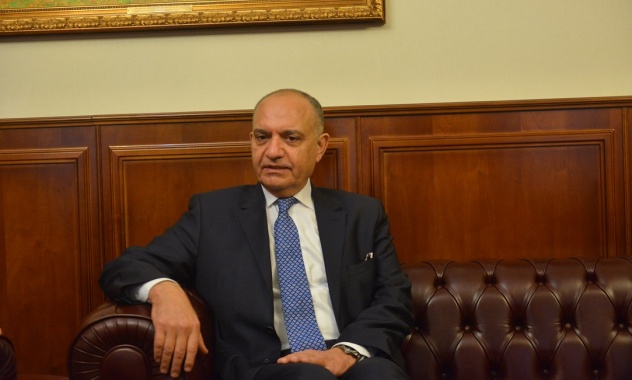 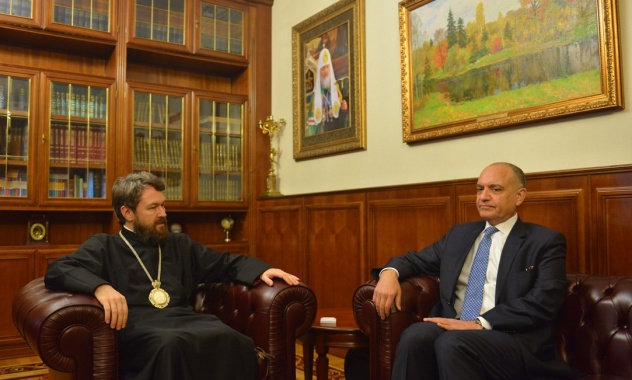 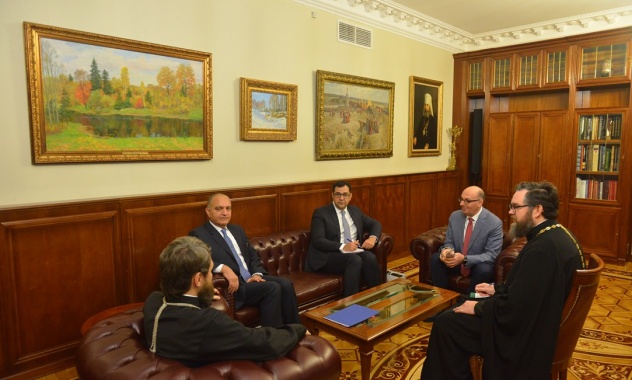 On 13th December 2019, Metropolitan Hilarion of Volokolamsk, chairman of the Moscow Patriarchate’s Department for External Church Relations, met with Mr. Amjad Adaileh, Minister for Media Affairs of the Hashemite Kingdome of Jordan, former Ambassador Extraordinary and Plenipotentiary of Jordan to Russia.

Metropolitan Hilarion warmly greeted the Jordanian statesman, congratulating him on the recent appointment to the senior government post. On behalf of His Holiness Patriarch Kirill of Moscow and All Russia, the hierarch thanked Mr. Adaileh for his personal contribution to the strengthening of cooperation between Russia and Jordan, between the Moscow Patriarchate and the Patriarchate of Jerusalem.

The DECR chairman expressed his satisfaction with the results of the recent visit of His Beatitude Patriarch Theophilos, Primate of the Orthodox Church of Jerusalem, to Moscow, and spoke in support of his suggestion to hold a meeting of the heads of the Local Orthodox Churches in Amman with the view of addressing the issues of preservation of the unity of the world Orthodoxy.

Metropolitan Hilarion thanked His Majesty King Abdullah II of Jordan and members of the Royal family for the support that they provide to the Christians living in the Middle East.

The Jordanian politician thanked the DECR chairman for the meeting and conveyed his kindest regards to His Holiness Patriarch Kirill. The Minister also expressed his gratitude to the Russian Orthodox Church for its support in preserving the places of worship in the Holy Land.

The participants in the meeting discussed various issues of mutual interest, including the promotion of pilgrimage to the holy sites in Jordan and the challenges facing the Local Orthodox Churches in upholding their unity.