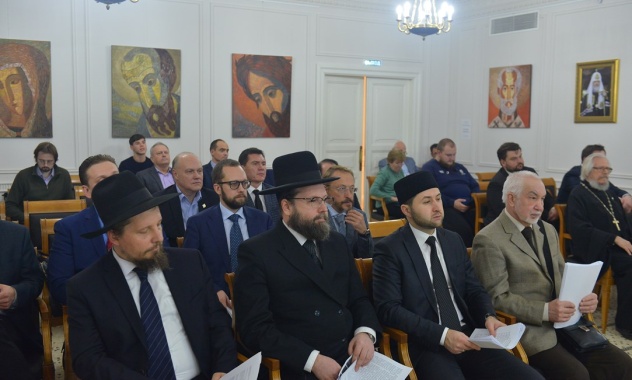 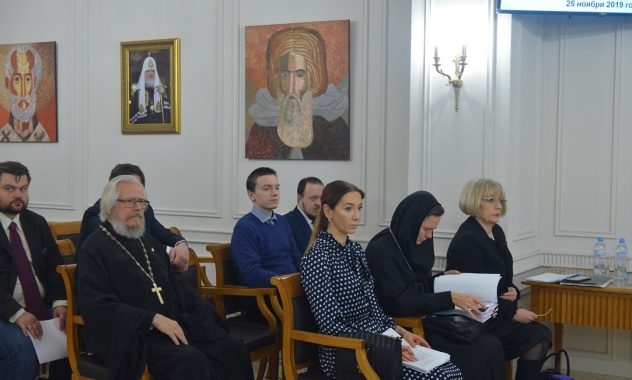 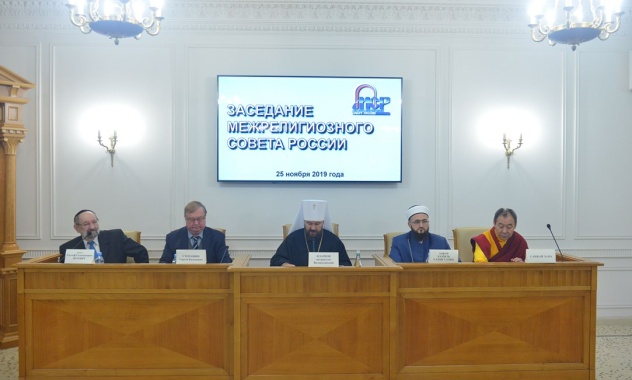 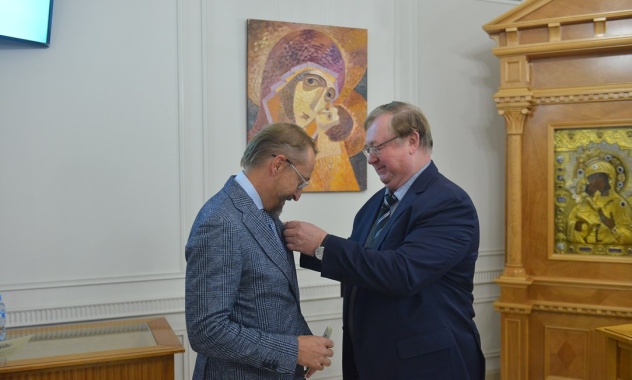 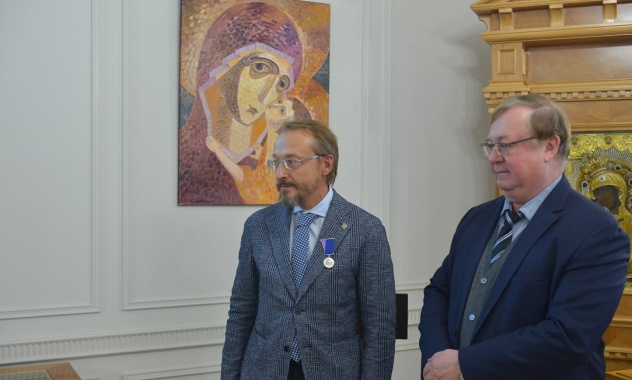 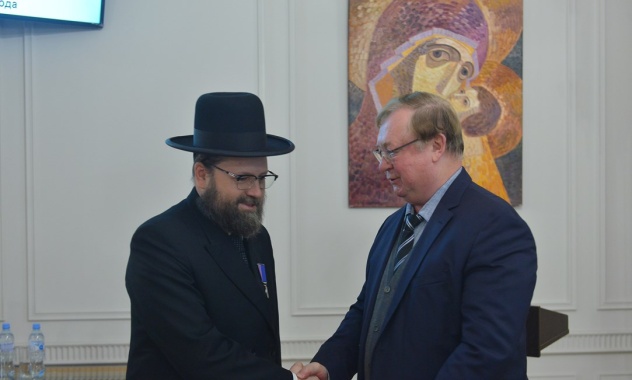 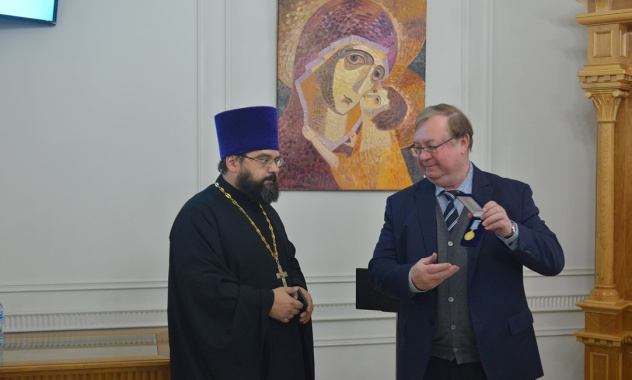 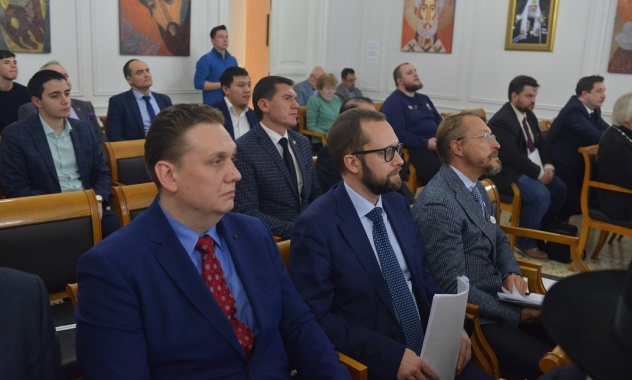 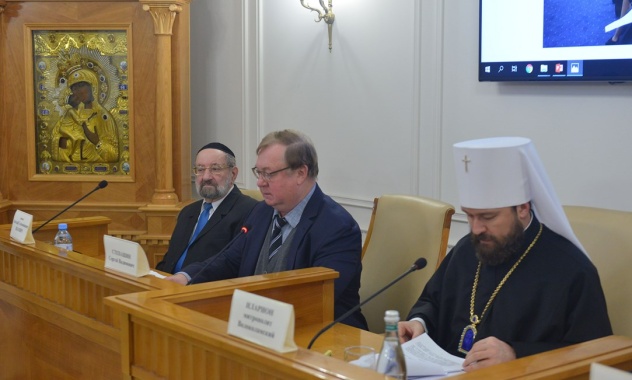 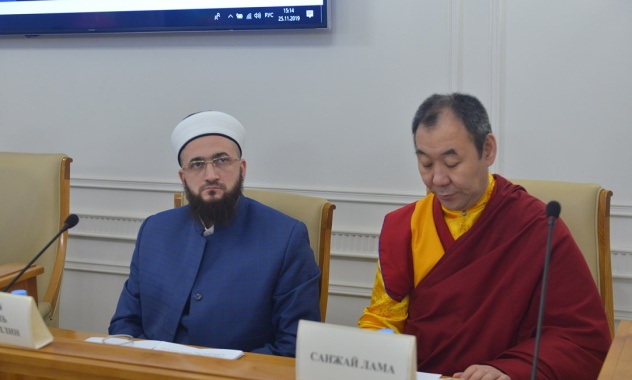 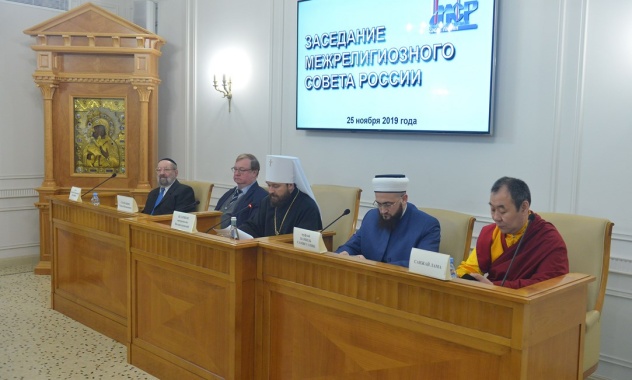 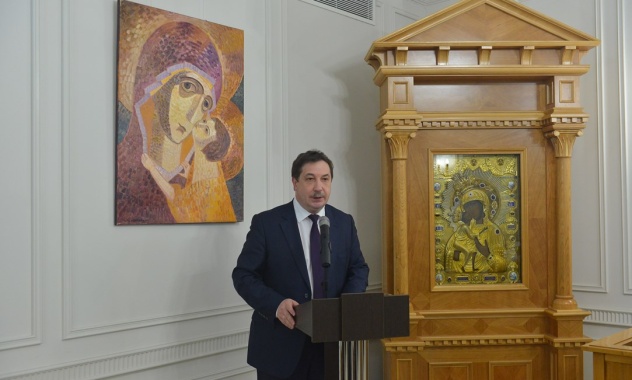 A regular session of the Interreligious Council of Russia (ICR) took place at the premises of the Ss Cyril and Methodius Theological Institute of Postgraduate Studies in Moscow on November 25, 2019.

Among those taking part in the meeting were members of the ICR presidium Metropolitan Hilarion of Volokolamsk, chairman of the Moscow Patriarchate’s Department for External Church Relations (DECR); Mufti Kamil Samigullin, chairman of the Spiritual Administration of Muslims of the Republic of Tatarstan; Chief Rabbi of Russia Adolf Shayevich (Congress of Jewish Organizations and Associations of Russia) ; and Rev. Dimitry Safonov, ICR executive secretary and DECR secretary for interreligious relations; and representatives of religious communities within the ICR.

Metropolitan Hilarion opened the session and told the participants that a number of important issues will be discussed within a comprehensive agenda.

Mr. Sergei Stepashin, chairman of the ICR Board of Trustees and head of the Imperial Orthodox Palestine Society (IOPS) presented awards and told the participants about a ICR-sponsored forum ‘The Family and Family Values in Traditional Religions of Russia. Protection of Family in Religious and Public Dialogue’ held last September.

Metropolitan Hilarion reported on the ICR participation in the forthcoming celebration of the 75th anniversary of the victory in the Great Patriotic War and the holding of the ICR session at the Victory Museum on April 14, 2010.  He suggested that the ICR members could present reports on the jubilee, underscoring the contribution of their religious communities to the victory and invite young people and the journalists to this session.

The participants issued Statement on the Protection of Religious Holy Places in the Middle East.