Primate of the Orthodox Church of Jerusalem arrives in Moscow 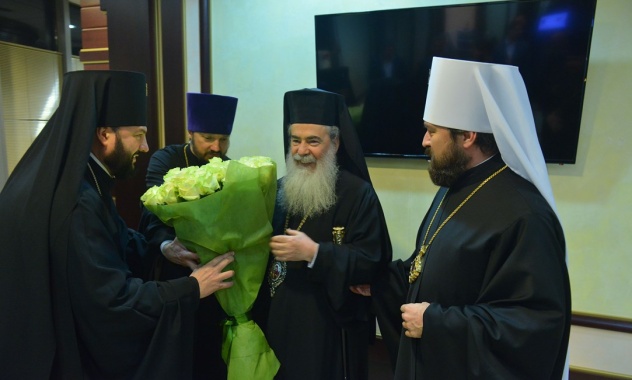 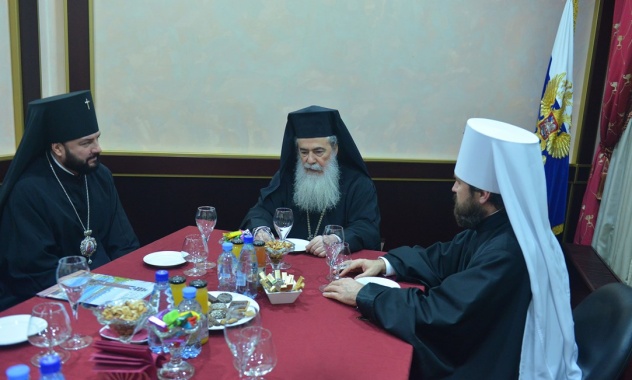 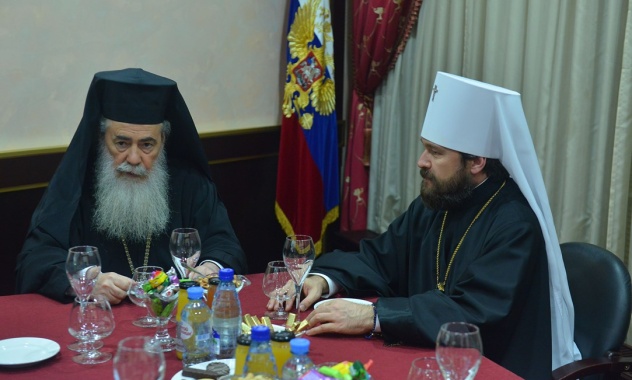 In the evening of November 19, 2019, His Beatitude Patriarch Theophilos III arrived in Moscow. The Primate of the Orthodox Church of Jerusalem is accompanied by Archbishop Aristarchos of Konstantina and Archdeacon Mark (Henderson).

During his stay in Russian His Beatitude will attend ceremony of awarding the winners of the prize of the Public International Foundation for the Unity of Orthodox Christian Nations.

On November 20, Patriarch Theophilos III had a fraternal meeting with His Holiness Patriarch Kirill of Moscow and All Russia. The meeting took place at the Patriarchal chambers of the Cathedral of Christ the Saviour.