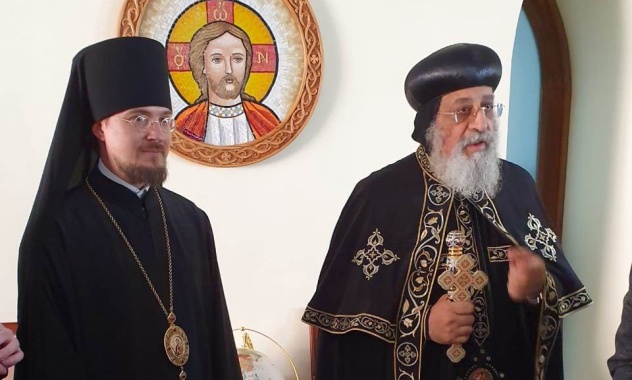 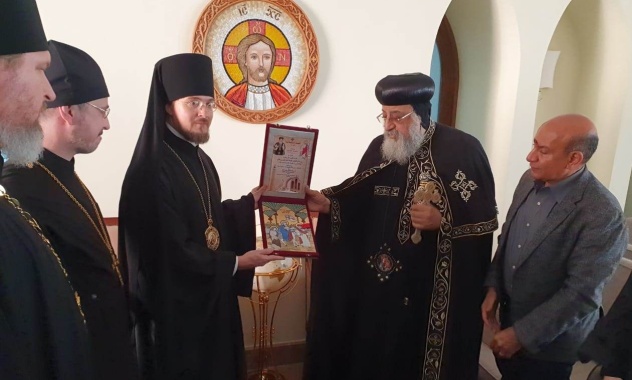 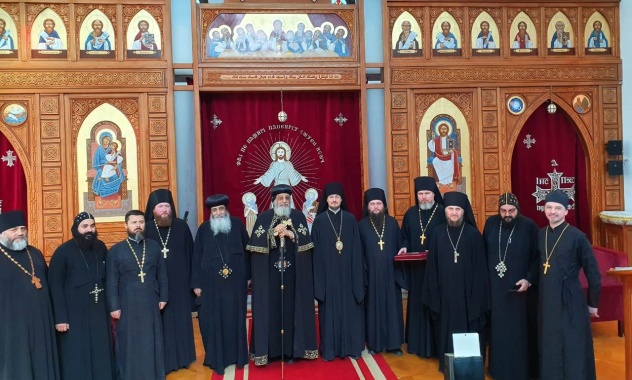 From November 1 to 7, 2019, a delegation of the Russian Orthodox Church was on a visit to Egypt with the blessing of Patriarch Kirill of Moscow and All Russia and at the invitation from Coptic Patriarch Tawadros II. They made a pilgrimage to shrines of Christian monasticism and visited major monasteries and convents of the Coptic Church.

The visit was made as part of dialogue between the Russian Orthodox Church and the Coptic Church.

The delegation was led by Bishop Flavian of Cherepovets and Belozersk. It included Hieromonk Nil (Khomenets), manager of the Diocese of Cherepovets and rector of the Cathedral of the Resurrection’s hierarchal representation; Heguem Iov (Chernyshov), abbot of the St. Philipp of Irap Monastery of the Holy Trinity, diocese of Cherepovets; Hegumen Ioasaf (Vishnyakov), abbot of the St. Ferapont Monastery of the Nativity of the Mother of God; Jegumen Anastasiy (Dodarchuk), abbot of the St. Cyril of White Lake Monastery and dean of the monasteries in the diocese of Vologda; Hieromonk Alexander (Chenorov), acting abbot of the Spaso-Prilutsky Monastery; and Rev. Arseny Chernikin, head of the DECR language service. During their trip, the delegation was accompanied by Rev. Victor Kulaga, as well as bishops and clergy of the Coptic Church.

The delegation began its pilgrimage from a visit to the Nitrian Desert, where they visited the monasteries of the Romans (al-Baramus), of the Syrians (as-Souriani), of the St. Paisius the Great and of St. Macarius the Great.