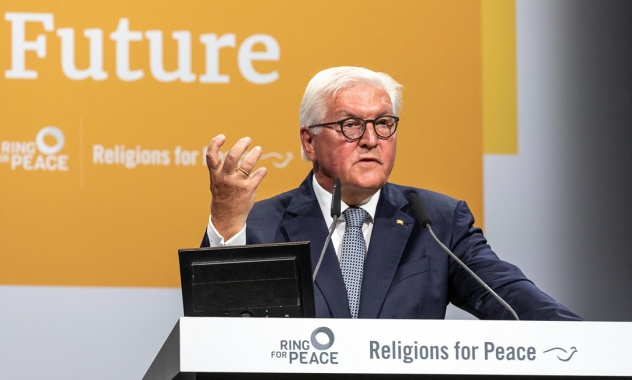 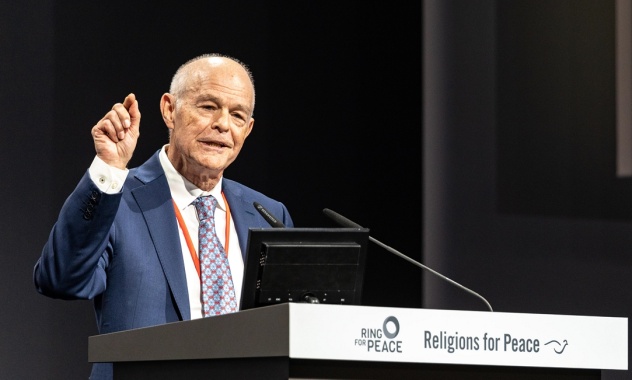 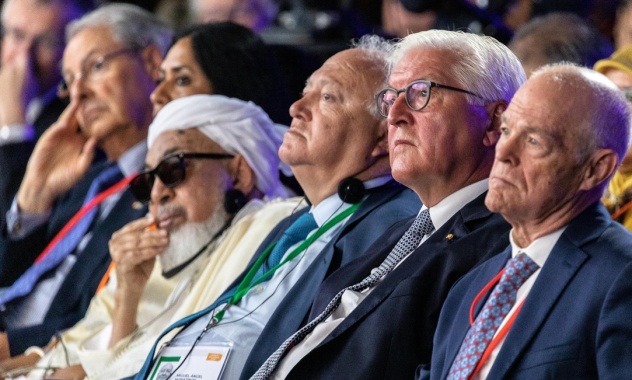 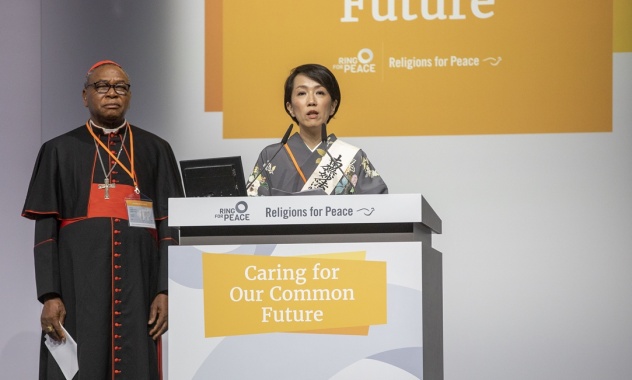 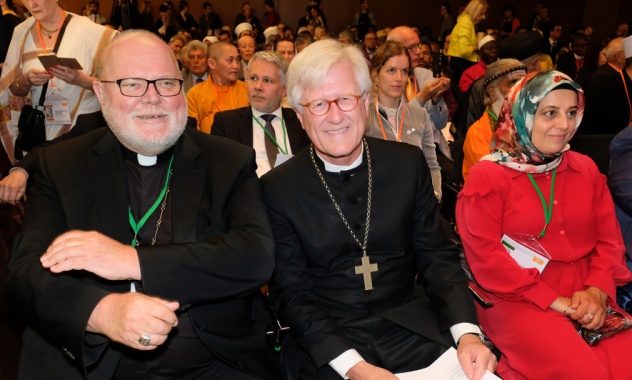 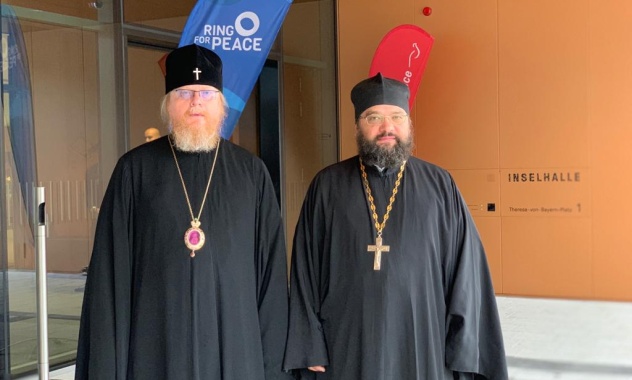 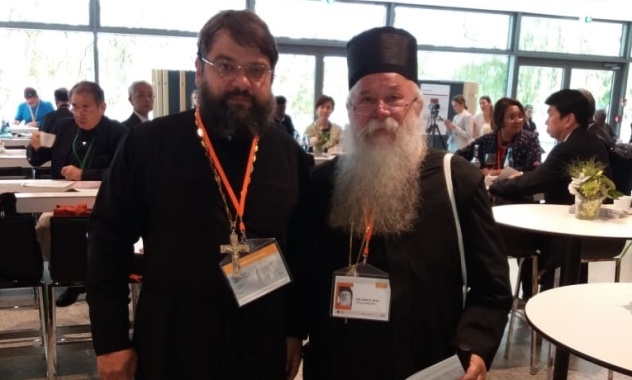 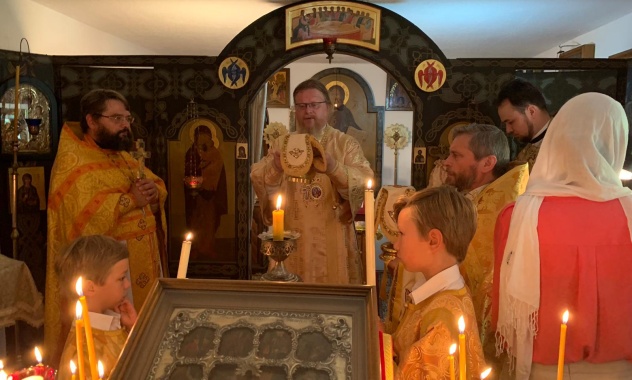 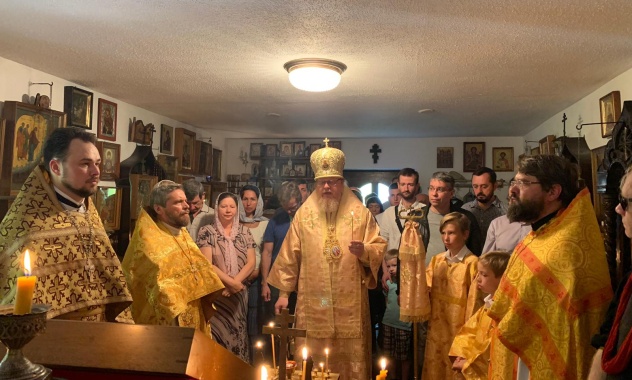 From August 20-23, Religions for Peace International held its 10th Assembly, at Lindau, Germany. It was attended by about 900 representatives of religious communities, political, international and other organizations of various levels from 125 countries. The theme was ‘Caring for our Common Future – Advancing Shared Well-being’.

Among the participants was a delegation of the Interreligious Council in Russia (ICR). It included Rev. Dimitry Safonov, secretary for interreligious relations, Moscow Patriarchate department for external church relations (DECR), and ICE executive secretary; Rabbi Aaron Gurevitch, Federation of Jewish Communities of Russia; and S. Melnik, DECR and ICE secretariat. The opening of the forum was attended by Archbishop Tikhon of Podolsk, administrator of the diocese of Berlin and Germany.

The Assembly worked in five areas: Multi-Religious Vision of Positive Peace; Preventing and Transforming Violent Conflicts; Promoting Just and Harmonious Societies; Promoting Integral Human Development; and Protecting the Earth. These topics were dealt with in plenary sessions and in sections. In accordance with the motto of the Religions for Peace organization ‘Different Faiths, Common Action’, the stress was made on prospects for practical cooperation in these areas.

The 10th Assembly introduced a new procedure – Action Point. Each plenary session was to adopt a resolution on each of the topics. The resolution on Promoting Positive Peace included the adoption of a  Charter on Forgiveness and Reconciliation that stressed that to achieve a lasting peace it is necessary not just stop physical violence but also for the sides to forgive each other. Resolutions were also adopted on such problems as nuclear arms, cultivation of tolerance and protection of rainforests.

On August 21, a special session on Women as Peacemakers was conducted to consider the work of women’s interreligious organizations to the development of which Religions for Peace give special attention.

On the following day, four sections worked as parts of the the Equipping for Action Session: Global Gallery (presentation of religious organizations and social projects), Lightning Talks, Workshops, and Religious and Diplomacy. At the latter section organized by Germany’s Foreign Ministry department for the religion and foreign policy, seven roundtables were conducted to consider the specificity of peacemaking work in various countries and regions of the world.

The Workshops included twelve roundtables. S. Melnik spoke at the meeting on Religion and Meditation: Building Peaceful Societies. He informed the meeting about the main areas of work carried out by the Interreligious Council in Russia, paying special attention to the Council’s position on terrorism under religious slogans. Acting as moderators of the roundtable were Mohammad Abu-Nimer, senior adviser to the King Abdallah International Center for Interreligious and Inter-cultural Dialogue, and U. Nitschke, head of the secretariat of the International Partnership in Religion and Sustainable Development.

At the closing session, a final statement of the 10th assembly was read out. The session also summed up the closed meetings held as parts of the Assembly’s consultations between religious leaders representing conflicting sides in various regions of the world including such countries and Myanmar, Bangladesh, Morocco, South Africa, Congo, and South Sudan. The new Secretary General of Religions for Peace was presented to the participants – Dr. Azza Karam, a Muslim woman of Egyptian origin, who succeeded Dr. Vendley, who had occupied this post since 1992. Ms. Karam has established the first ever global network of women’s interreligious organizations within Religions and Peace and coordinated the UN work for cooperation with religious communities. Representatives of regional chapters extended warm and sincere gratitude to Dr. Vendley for his longstanding work as Religions for Peace Secretary General. Ms Karam stressed she would preserve and develop his legacy. She stated the special importance that the principles of respect for religious freedom, compassion and love have for Religions for Peace as the basis of interreligious cooperation.

After the closing session, Dr. Azza Karan held a meeting of the World Council, the supreme body of Religions for Peace. It was introduced to the renewed World Conference Religions for Peace executive committee, which includes four moderators from Christianity, Buddhism, Islam and Hinduism. Among the attendees was Rev. Dimitry Safonov.

On August 25, Rev. Dimitry Safonov took part in the Divine Liturgy celebrated by Archbishop Tikhon of Podolsk at the church of the Elevation of the Cross at the southern residence of the ruling bishop in Munich.