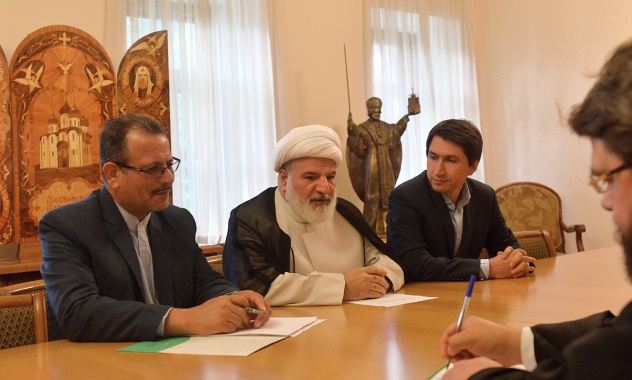 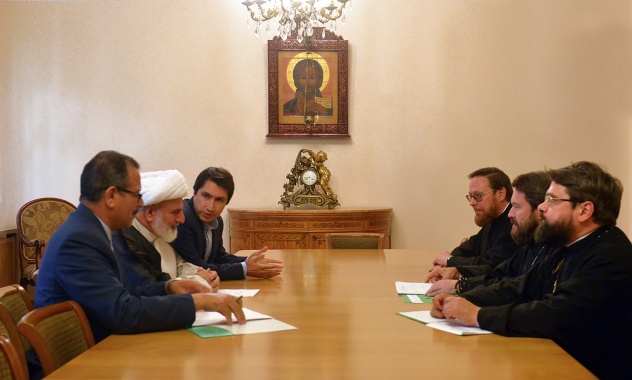 Taking part in the meeting on behalf of the DECR were its vice-chairman Archimandrite Philaret (Bulekov), and Rev. Dimitry Safonov, DECR secretary for interreligious relations; and on behalf of the Iranian delegation Dr. Qahraman Soleimani, head of Iran’s Cultural Representation in Russia, and Mr. Idris Idrisov, interpreter.

Metropolitan Hilarion warmly greeted the high guest, noting a special need of interreligious dialogue in the context of spreading of extremism and terrorism under religious slogans, and spoke about peacemaking activities of the Russian Orthodox Church. Mohammad Mehdi Taskhiri highly appreciated the level of dialogue among traditional religions in Russia and the role the Russian Orthodox Church has played in building these relations.

The major topic of the discussion was preparation for the 12th meeting of the Joint Russian-Iranian Commission for Orthodoxy-Islam Dialogue due to be held in Russia in 2020. Time and topics were settled.

Metropolitan Hilarion expressed gratitude for a warm welcome extended to the delegation of the Russian Orthodox Church in Tehran in May 2018. The delegation took part in the 11th meeting of the Joint Russian-Iranian Commission for Orthodoxy-Islam Dialogue dedicated to attitude of the Orthodoxy and Islam to the environment and ecological problems.

The participants in the meeting shared their opinions on a number of issues, including the situation of Christian communities in Iran.