In Defense of the Unity of the Russian Church, News 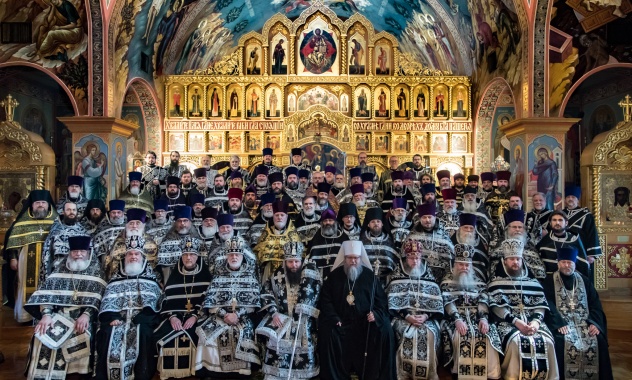 Participants in the Great Lenten Pastoral Conference of the Eastern American Diocese of the Russian Orthodox Church Outside of Russia, in the resolution adopted at the result of the meeting, noted “the grave situation of… Ukrainian Orthodox Church headed by His Beatitude Metropolitan Onouphry, which is suffering persecution at the hands of the government and nationalist forces.”

Taking part in the conference held in Lakewood, NJ, were clergymen of about 100 parishes and monasteries of the Eastern American Diocese.

“We grieve for the archpastors, our brother pastors, the monastics and laity, who together are recognized throughout the Orthodox world as the canonical Ukrainian Orthodox Church. We extend our hands of support to them, lifting up our fervent prayers, and call upon government institutions of US and international human-rights and religious-freedom organizations to examine the situation of the Ukrainian Orthodox Church without prejudice and to influence the situation in a positive direction,” the resolution published at the ROCOR website states.