News > Inter-Christian relations > Russian edition of the book on the bringing of St. Nicholas’s relics from Bari to Russia is presented in Moscow

Russian edition of the book on the bringing of St. Nicholas’s relics from Bari to Russia is presented in Moscow 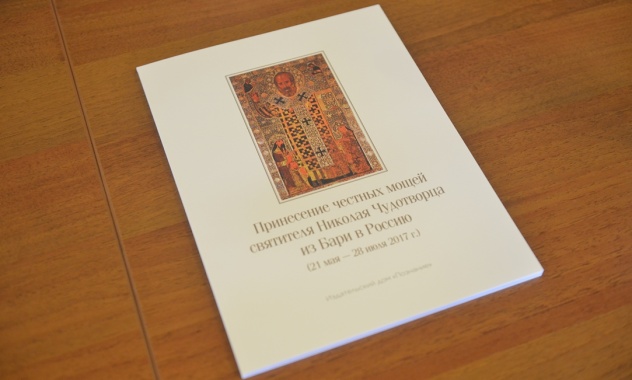 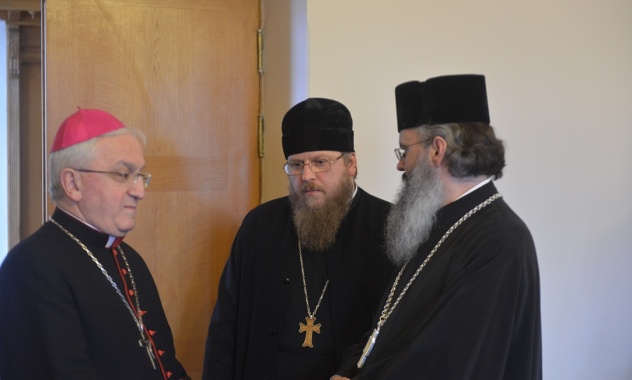 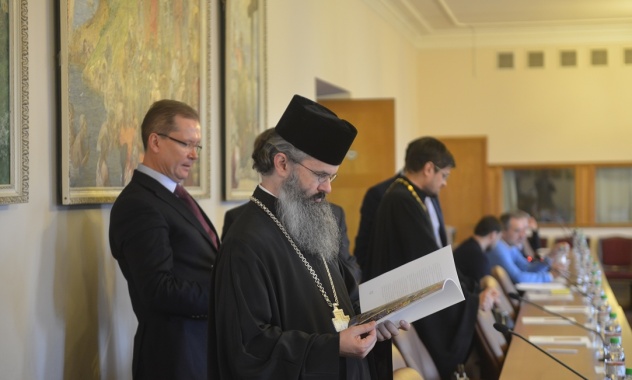 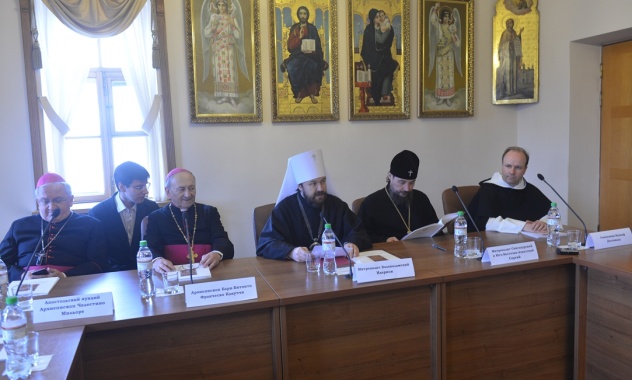 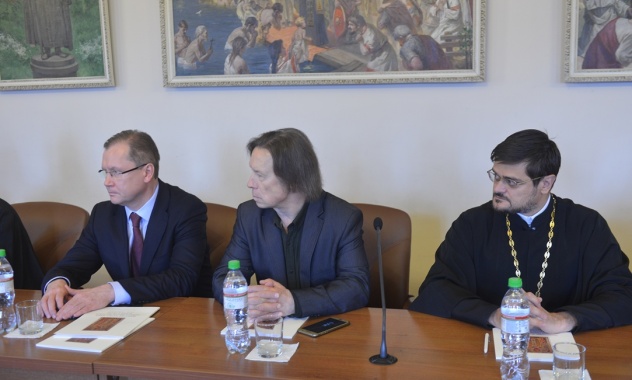 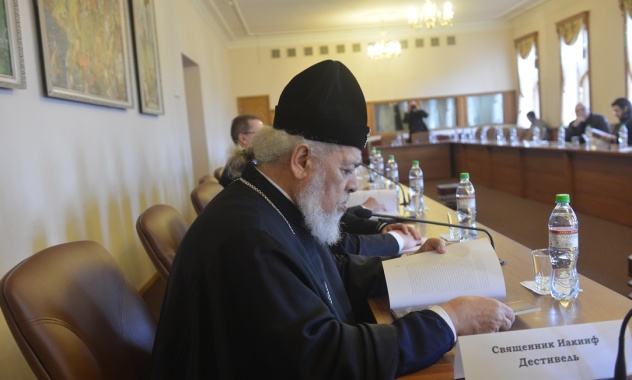 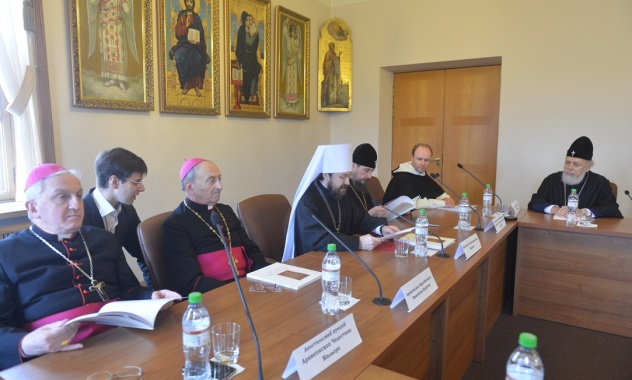 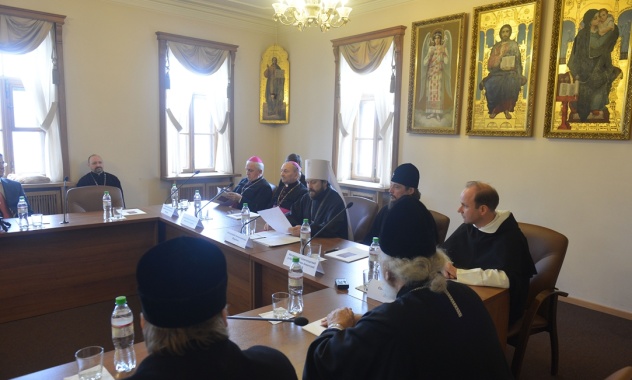 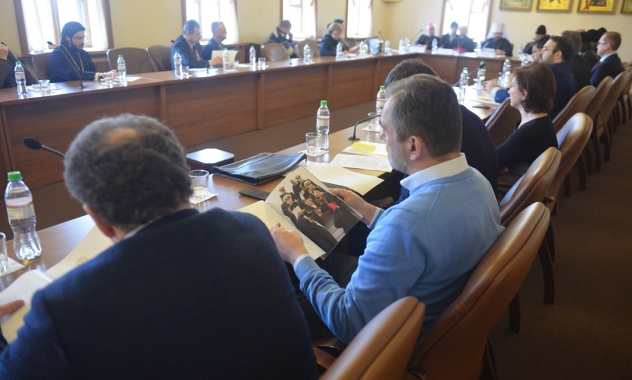 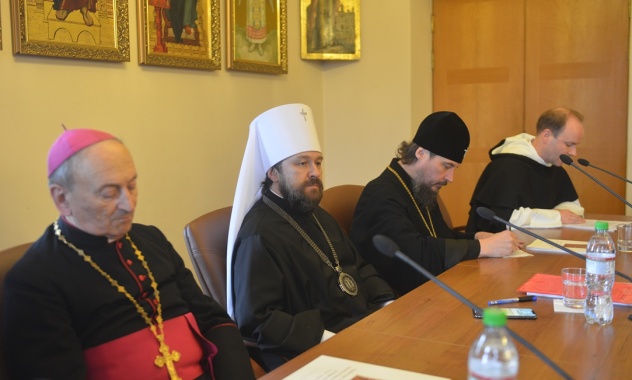 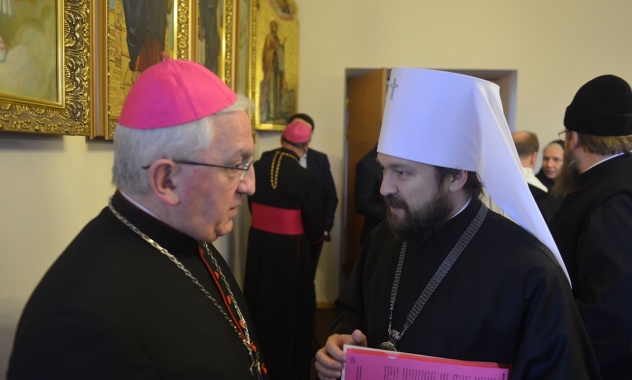 On 22 March 2019, the presentation of the Russian edition of a book entitled “The Bringing of the Relics of St. Nicholas the Wonderworker from Bari to Russia (May 21 – July 28, 2017)” took place at the Moscow Patriarchate’s Department for External Church Relations (DECR).

Metropolitan Hilarion of Volokolamsk, the DECR chairman, presented the book. Taking part in the presentation also were Metropolitan Sergy of Singapore and Southeast Asia and representatives of the Roman Catholic Church Msgr. Francesco Cacucci, Archbishop of Bari-Bitonto; Archbishop Celestino Migliore, Apostolic Nuncio to the Russian Federation; and Rev. Hyacinthe Destivelle of the Pontifical Council for Promoting Christian Unity.

The publication was prepared through joint efforts of the DECR, the Archdiocese of Bari-Bitonto and ‘Poznaniye’Publishing House. The Italian edition was presented at the Basilica of St. Nicholas in Bari on December 19, 2018.

In the core of the book are addresses and homilies delivered by His Holiness Patriarch Kirill of Moscow and All Russia during divine services celebrated at the relics of St. Nicholas. The forewords were written by Metropolitan Hilarion of Volokolamsk and Archbishop. Francesco Cacucci.

Metropolitan Hilarion greeted the participants and guests and said that this presentation gives a wonderful opportunity to recall one of the major recent church events. Suffice it to say that according to official statistics 2 million 392 thousand people venerated the holy relics during their stay in Russia. He added that the bringing of St. Nicholas’ relics was the first in the history of relations between the Roman Catholic Church and the Moscow Patriarchate event which attracted attention of different strata of our society. This event became possible thanks to the meeting of Pope Francis and His Holiness Patriarch Kirill in Havana in February 2016.

Metropolitan Hilarion continued to say: ‘In his homily delivered during Divine Liturgy celebrated at the Trinity Cathedral of the Laura of St. Alexander Nevsky in St. Petersburg, which the delegation of the Roman Catholic Church with Cardinal Kurt Koch at the head, Patriarch Kirill underscored that the bringing of St. Nicholas’ relics had been conducive to the rapproachement between our Churches more that all church diplomacy. ‘Metropolitan Hilarion expressed gratitude to His Holiness Pope Francis, Archbishop Francesco Cacucci and all those who helped arrange the bringing of the relics.

In his address Metropolitan Hilarion noted that St. Nicholas’s relics were brought from Bari to Russia in the year that marked the centenary of the revolutionary upheavals, when the Russian Church and the Russian people had embarked on the Calvary path.

‘The Russian Orthodox Church and Orthodox Christianity in the world are undergoing difficult times due to the hard political and church situation in Ukraine, where secular authorities subject bishops and clerics of the Ukrainian Orthodox Church to persecution, trying to induce them to join the new structure which consists of schismatics. We need help of this great saint who is the heavenly patron of those on journey and endure hardships and adversities. The historical path of the Churches and nations is also a kind of journey in time with its trials and temptations. We believe and hope that St. Nicholas would not leave our Churches without his aid and intercession,’ Metropolitan Hilarion said.

He mentioned that the book contained the lines about the place of St. Nicholas in the life of the Church and about his importance for Christian unity written by His Holiness Patriarch Kirill of Moscow and All Russia, Cardinal Kurt Koch and Archbishop Francesco Cacucci. Metropolitan Hilarion underscored: ‘I do hope that the book will be another contribution to the deepening of mutual understanding between our Churches.’

Also speaking at the presentation were Archbishop Cacucci and Archbishop Celestino Migliore. Rev. Destivelle read out a letter of Cardinal Koch, in which the President of the Pontifical Council for Christian Unity noted that the bringing of the relics, sometimes called ‘the second translation’ has become possible after the meeting of Pope Francis and Patriarch Kirill and that it took place 100 years after the Revolution of 1917. ‘Who could imagine thirty years ago that millions of pilgrims will venerate the relics accompanied by an honour guard. ‘The triumph of St. Nicholas after one hundred years of persecutions testifies to the victory of people and reveals God’s mercy.’

Metropolitan Hilarion thanked all those present and wished them St. Nicholas’ prayers accompanying them throughout their lives.