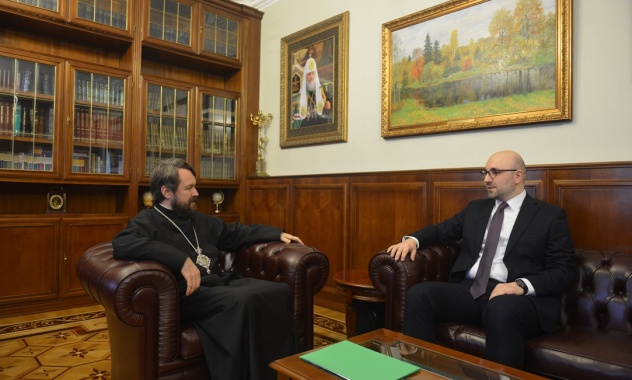 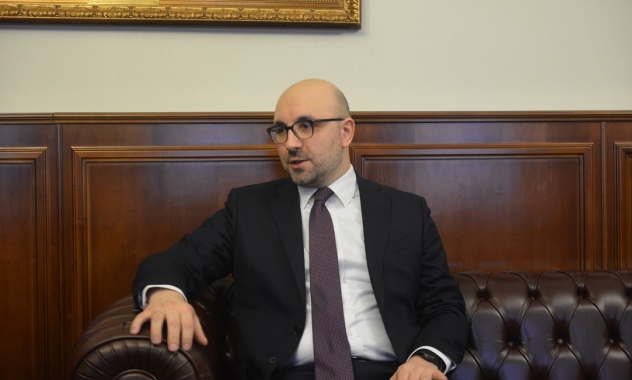 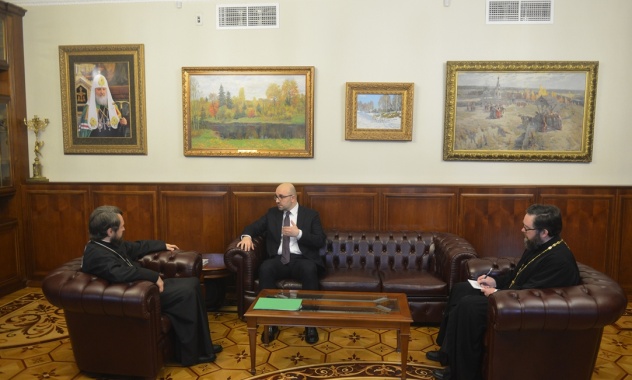 On 5 March 2019, Metropolitan Hilarion of Volokolamsk., chairman of the Moscow Patriarchate’s Department for External Church Relations (DECR), met with H.E. Goce Karajanov, Ambassador of the Republic of Macedonia to the Russian Federation.

Metropolitan Hilarion warmly greeted the high-ranking diplomat who is completing his mission to Moscow.

Ambassador Karajanov thanked Metropolitan Hilarion for the meeting and for constructive cooperation between the Embassy and the DECR and assured him of the continuation of good relations between them.

DECR chairman thanked the Ambassador for regular meetings and talks.

Discussed were current relations between people of the two countries and inter-Orthodox cooperation.