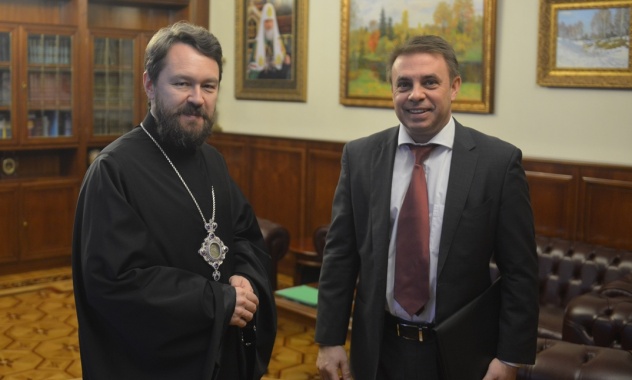 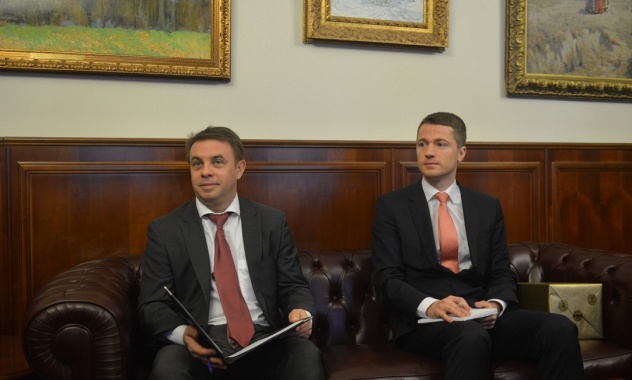 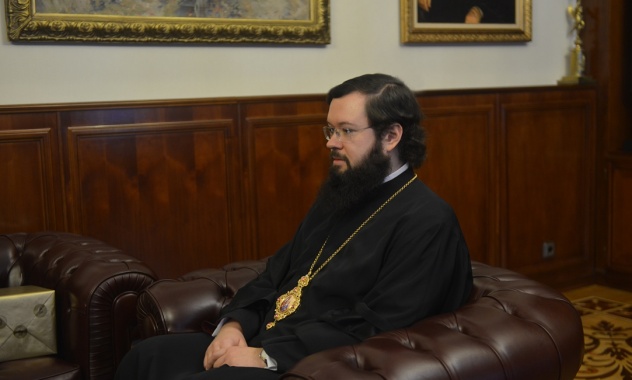 On 21 January 2019 Metropolitan Hilarion of Volokolamsk, chairman of the Moscow Patriarchate’s Department for External Church Relations (DECR), met with H.E. Norbert Konkoly, Ambassador Extraordinary and Plenipotentiary of Hungary to the Russian Federation.

They were joined at the meeting, which took place at the DECR premises, by Archbishop Antony of Vienna and Budapest, head of the Moscow Patriarchate’s Administration for Institutions Abroad; Archpriest Sergy Zvonarev, DECR secretary for far abroad countries; and Mr. Gábor Gergics, counselor of the Embassy of Hungary in Russia.

Metropolitan Hilarion warmly greeted the guests and shared with them his six years’ experience as a ruling hierarch of the Hungarian diocese of the Russian Orthodox Church.

Ambassador Konkoly thanked Metropolitan Hilarion for the meeting, congratulated those present on the feast of the Epiphany and told them about the intensive development of the Russian-Hungarian relations, including the sphere of culture. The Ambassador underscored that the government of Hungary shows great consideration for cooperation with the Russian Orthodox Church expressed also in the state grants for restoration of church buildings of the Hungarian diocese.

Metropolitan Hilarion asked Ambassador Konkoly to convey his gratitude to the Hungarian authorities for their attention to the needs of Orthodox believers in Hungary.

Archbishop Antony told the Ambassador about current state of restoration in the churches of the Hungarian diocese, including the Cathedral of the Dormition in Budapest.

At the end of the meeting Metropolitan Hilarion and Ambassador Konkoly exchanged memorable gifts.