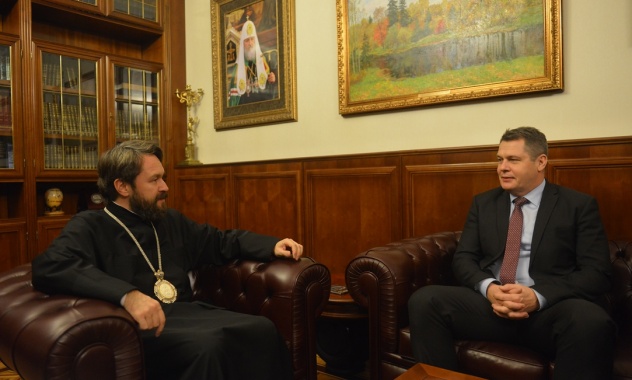 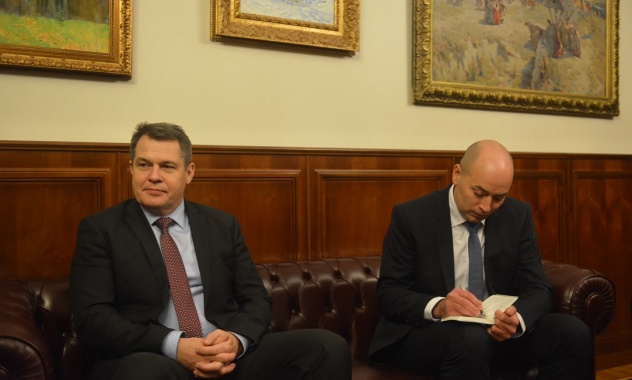 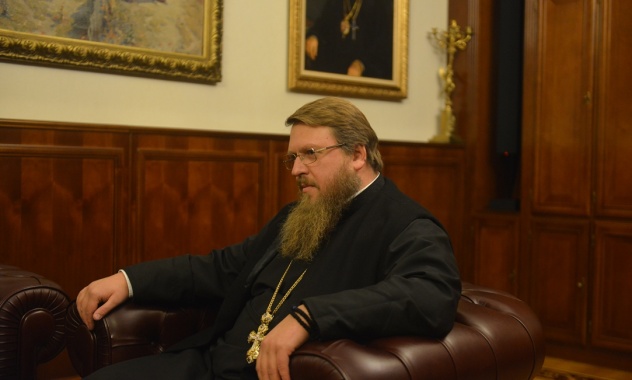 On 13 November 2018, Metropolitan Hilarion of Volokolamsk, chairman of the Moscow Patriarchate’s Department for External Church Relations (DECR), met with H.E. Vitězslav Pivoňka, the newly appointed Ambassador Extraordinary and Plenipotentiary of the Czech Republic to the Russian Federation.

They were joined at the meeting, which took place at the DECR premises, by Archimandrite Serafim (Shemyatovsky), representative of the Orthodox Church of the Czech Lands and Slovakia to the Patriarch of Moscow and All Russia; Mr.Jakub Jílek, third secretary of the Czech Embassy in Moscow; and Deacon Andrei Titushkin, a staff member of the DECR secretariat for far abroad countries.

Metropolitan Hilarion warmly greeted the new head of the Czech diplomatic mission and told the high guest about external activities of the Russian Orthodox Church, its fraternal relations with the Orthodox Church of the Czech Lands and Slovakia, and the position of the Church on the topical issues of the day.