Metropolitan Hilarion meets with new ambassador of Estonia to Russia 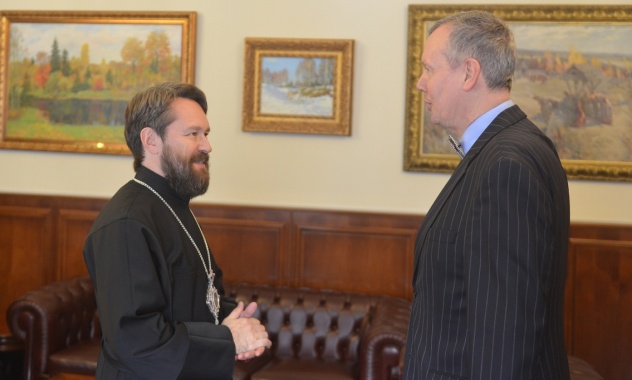 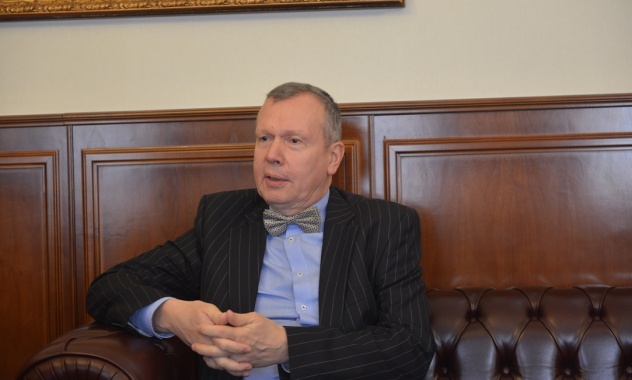 On October 30, 2018, Metropolitan Hilarion of Volokolamsk, head of the Moscow Patriarchate department for external church relations (DECR), met with the newly appointed ambassador of the Republic of Estonia to the Russian Federation, Mr. Margus Laidre.

Participating in the talk was also Archpriest Sergiy Zvonarev, DECR secretary for the far abroad.

Metropolitan Hilarion welcomed the diplomat to the synodal department.

In his turn, the Estonian ambassador thanked the DECR chairman for the opportunity to meet. He pointed to positive changes that took place in Moscow’s church image, while Metropolitan Hilarion introduced Mr. Laidre to the program for building two hundred new churches in the Russian capital city and informed the ambassador in detail about the church revival in the recent decades.

At the ambassador’s request, the DECR chairman explained the state of the church-state relations in Russia today and presence of the Church in various spheres of the life of society. He also informed the diplomat about the church situation in Ukraine, including the challenges faced by the Ukrainian Orthodox Church today.

In the talk, which was held in a warm atmosphere, the sides discussed the situation of the Estonian Orthodox Church, her ministry in the Estonian land, as well as matters of mutual concern.

In conclusion of the talk, Metropolitan Hilarion presented Mr Laidre with a token of the meeting.