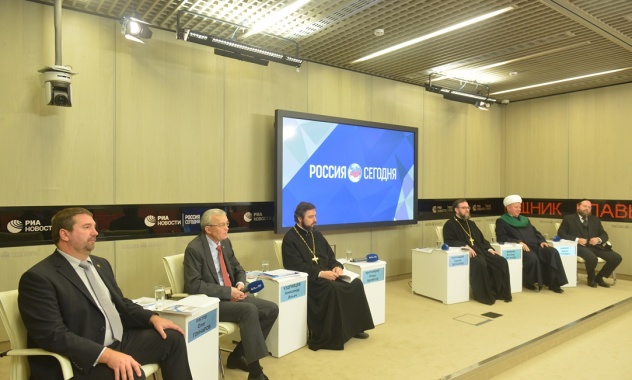 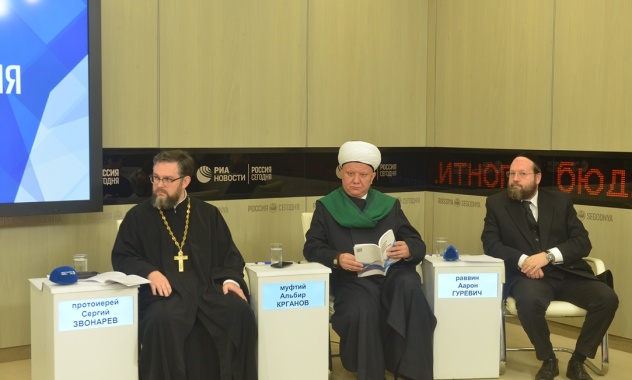 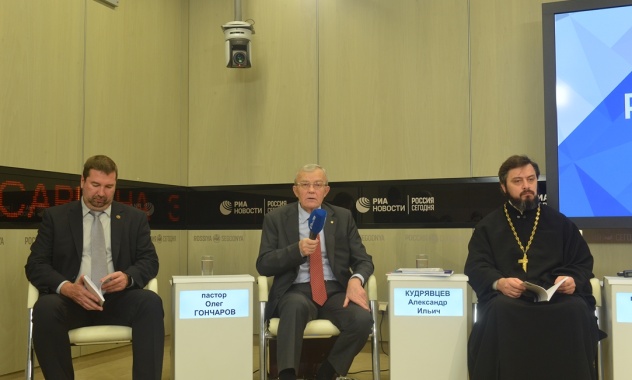 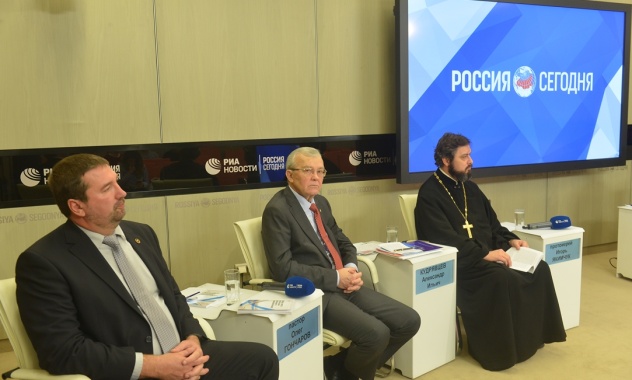 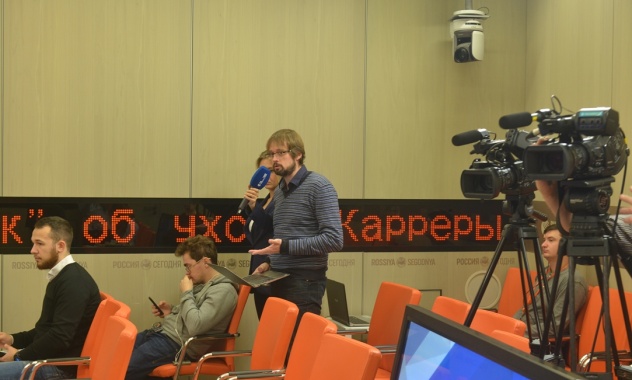 On 22 October 2018, the presentation of the annual report on the Freedom of Conscience and Religious Intolerance in Today’s World prepared by the Russian Association for Protection of Religious Freedom took place at the Press Centre of the Russia Today international news agency.

Opening the presentation, Mr. Alexander Kudryavtsev noted that the Russian Association for Protection of Religious Freedom unites representatives of various religions. “What brought them together as members of our organization is mainly the protection and preservation of traditional spiritual and moral values,” he said.

As Archpriest Sergy Zvonarev emphasized in his address, the annual report of the Russian Association for Protection of Religious Freedom is a remarkable attempt to assess the religious situation in the world. The DECR secretary for far abroad countries also noted that according to the report, the major threats facing religious freedom are aggressive secularism, undermining of traditional moral values, gender policy and propagation of homosexuality at various levels, in education in particular. The report also focuses on such serious problems as persecution of Christians in today’s world and de-Christianization of the Middle East.

“An important aspect of the report is the attention devoted to the problems of discrimination of Christians and Christianophobia in various countries of Europe and America and in the regions of Christianity’s historical presence. Concrete examples illustrate what is going on. In our point of view, the de-Christianization of the social landscape in Europe has far-reaching consequences that may change the historical image of the European continent and threatens to cause social tensions and conflicts,” Archpriest Sergy Zvonarev said.

Mufti Albir Krganov emphasized in his address that Muslims are also concerned over the situation in Ukraine. “Twenty-five years ago we ourselves underwent an ordeal of schism. It is our belief that religion must unite, not separate, people, and that a schism is always a great problem and a challenge for all of us,” he said.

Pastor Oleg Goncharov pointed out the uniqueness of the Russian Association for Protection of Religious Freedom as a non-governmental organization bringing together representatives of different religions and various Russian public activists.

“The Russian Association for Protection of Religious Freedom is committed to upholding a simple doctrine that a public discourse should guard the traditional family, the traditional human values,” Rabbi Aharon Gurevich said in his address.

The participants in the presentation answered questions from the press.