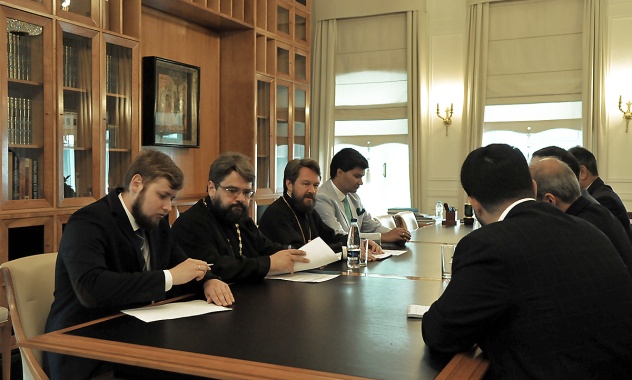 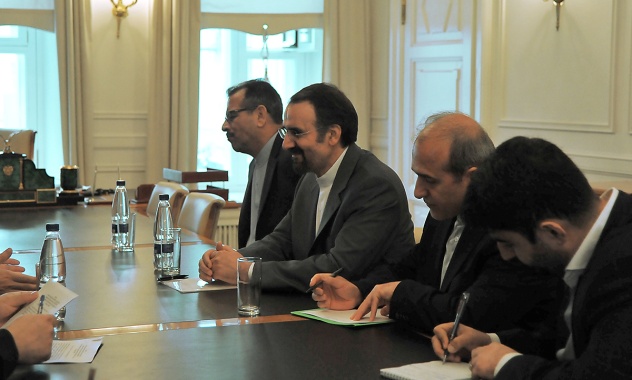 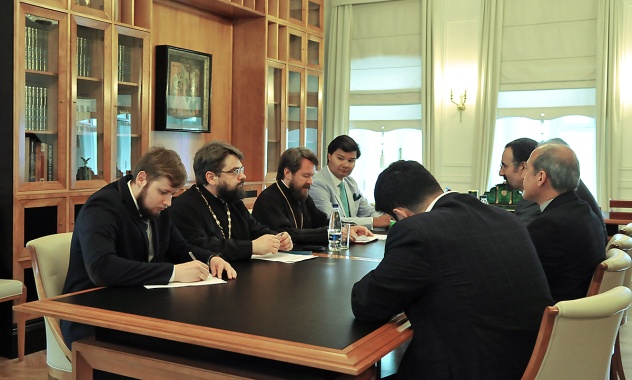 On July 3, 2018, Metropolitan Hilarion of Volokolamsk, head of the Moscow Patriarchate department for external church relation (DECR) and rector of the Ss Cyril and Methodius Institute of Post-graduate Studies (CMI), met at the CMI with the Ambassador of Iran to Russia, Mr. Mehdi Sanaei. From the Iranian side, there were also Dr. Qahraman Soleimani; Mr. Hassan Shahhosseini, counsellor of the Iranian embassy; Mr. Mostafa Eqbal Dust, protocol staff member; and interpreter Hossein Behjuyan. The Moscow Patriarchate was represented by Rev. Dimitry Safonov, DECR secretary for interreligious relations and CMI academic secretary; M. Palacio, director for the CMI public relations and protocol; and I. Kashitsyn, DECR secretariat for interreligious relations.

Metropolitan Hilarion warmly welcomed the guest, pointing to this involvement in the academic sphere. He said that the peoples of Russia and Iran have encountered common challenges and have an experience to share. The archpastor welcomed Dr. Soleimani, who has been recently appointed new head of the Iranian cultural representation in Russia, and expressed hope for further development of cooperation in the field of culture, science and interreligious relations.

The Iranian ambassador said that it was important for him to visit the leading academic center of the Russian Orthodox Church. In the course of the talk he stressed the significance of the work of the Joint Russian-Iranian Commission for Orthodox-Islam Dialogue in the context of the bilateral relations. The head of the Iranian diplomatic mission noted the success of the 11th meeting of the Commission which took place in Teheran on May 5-7, 2018.

In conclusion of the meeting Metropolitan Hilarion wished success to the Iranian ambassador in his work. The sides exchanged tokens of the meeting. After that, Mr. Palacio introduced the Iranian guests to the history and today’s life of the CMI compound of the Chernigov Brothers Metochion.