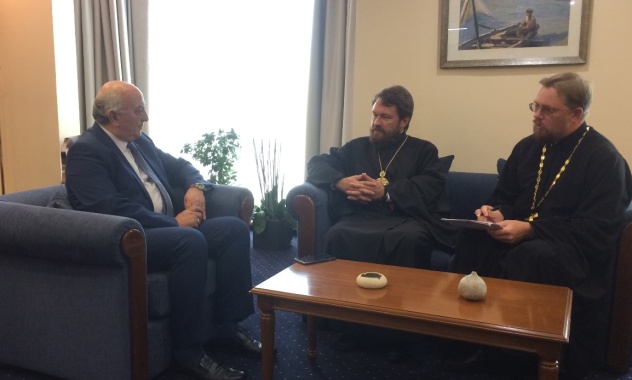 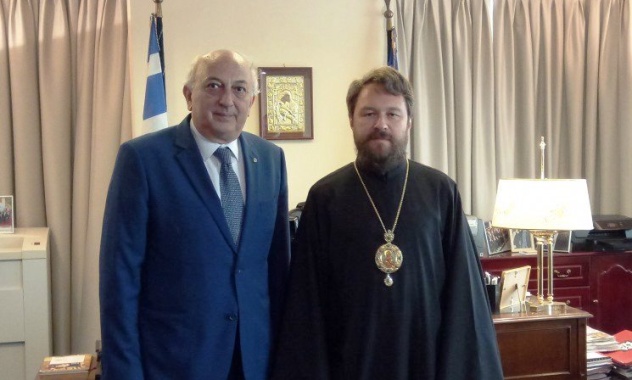 On June 24, 2018, with the blessing of His Holiness Patriarch Kirill of Moscow and All Russia, Metropolitan Hilarion of Volokolamsk, head of the Moscow Patriarchate department for external church relations (DECR), arrived in Athens. On June 25, at the Republic of Greece Ministry of Foreign Affairs, he met with the Greek deputy minister of foreign affairs, Mr. Ioannis Amanatidis.

Welcoming the hierarch of the Russian Orthodox Church, Mr. Amanatidis thanked him for his constructive contribution to the work of the forum on interreligious pluralism in the Middle East (October 30-31, 2017) and stressed as important the participation of a representative of the Moscow Patriarchate in the 25th General Inter-Parliamentary Assembly of Orthodoxy. He also expressed satisfaction with the recent visit of his country’s minister of foreign affairs, Mr. Kotzias, to Moscow and the meeting of the Greek delegation with Patriarch Kirill of Moscow and All Russia.

On his part, the DECR chairman pointed to the importance of such regular meetings for maintaining fraternal relations between the Russian and the Greek nations tied as they are by the same faith and age-long historical bonds. They also dealt with a number of issues on the inter-Orthodox agenda.