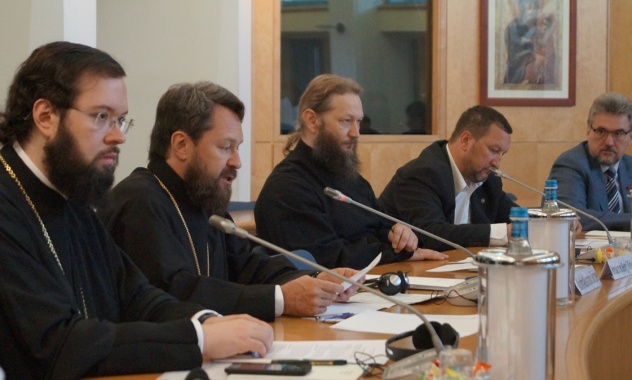 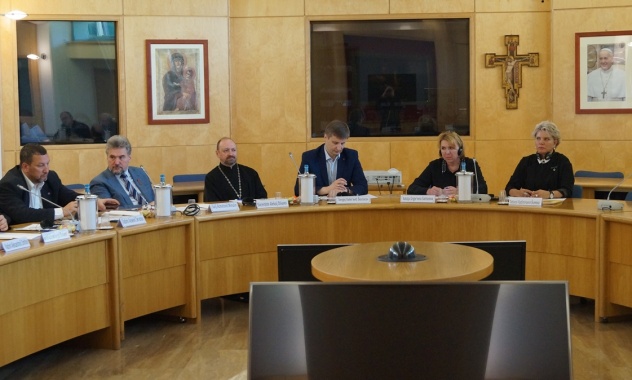 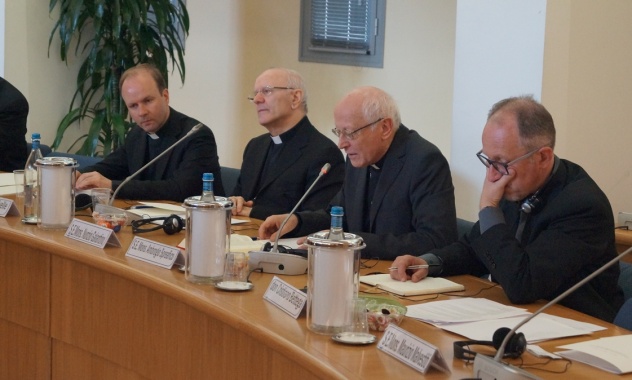 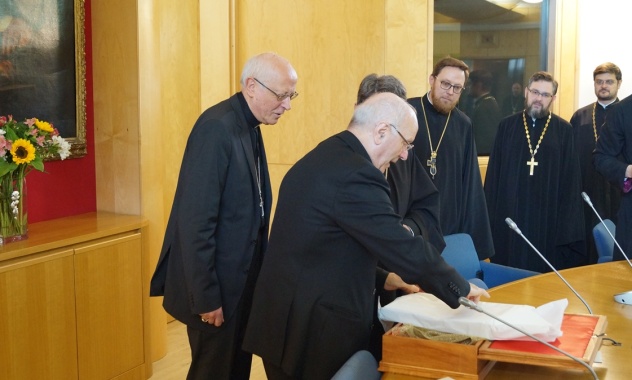 On 28 May 2018, the second meeting of the working group of the Russian Orthodox Church and the Roman Catholic Church in Italy took place in Rome, Italy, within the framework of the Russian-Italian Civil Society Dialogue Forum. The theme of the meeting was pilgrimage and religious tourism.

The Italian side was represented by Bishop Emeritus Cassano all’Jonio Nunzio Galantino, secretary general of the Italian Episcopal Conference (IEC); Bishop Ambrogio Spreafico of Frosione-Veroli-Ferentino, chairman of the IEC Commission for the Evangelization of Peoples and Cooperation between Churches; Bishop Maurizio Malvestiti of Lodi; Prof. Adriano Roccucci from the Roma Tre University; Prof. Matei Belavski from the University of Verona; Rev. Cristiano Bettega, director of the IEC National Office for Ecumenism and Interreligious Dialogue; and Rev. Hyacinthe Destivelle, official representative of the Pontifical Council for Promoting Christian Unity.

In his opening address, Bishop Emeritus Cassano all’Jonio Nunzio Galantino emphasized the importance of promoting civil society dialogue for strengthening friendship between the two peoples and the role of pilgrimages in this process.

Metropolitan Hilarion of Volokolamsk, chairman of the Moscow Patriarchate’s Department for External Church Relations, greeted all those present on behalf of the Primate of the Russian Orthodox Church. In his address the hierarch noted the centuries-old cultural relations between Russia and Italy, as well as the adherence of the people of both countries to the Christian values. While speaking about the tradition of pilgrimage, Metropolitan Hilarion pointed out a special role of Rome as a centre of formation of the ancient Christian community.

The participants in the meeting discussed the phenomenon of pilgrimage from the theological perspective, as well as some historical aspects of the veneration of shrines and practical issues pertaining to the organization of pilgrimages to holy sites.

The Russian-Italian Civil Society Dialogue Forum, established in 2004 on the initiative of the President of Russia, Vladimir Putin, and the Prime Minister of Italy, Silvio Berlusconi, is a platform that unites religious and public leaders of Russia and Italy and gives them an opportunity to discuss various issues of topicality for peoplein both countries.

In 2013, within the framework of the Dialogue Forum, a working group of the Churches of Russia and Italy was set up. On 21 February 2017, it held its first meeting on Spiritual and Secular Art as an Instrument of Promoting Accord and Mutual Understanding Between Nations.