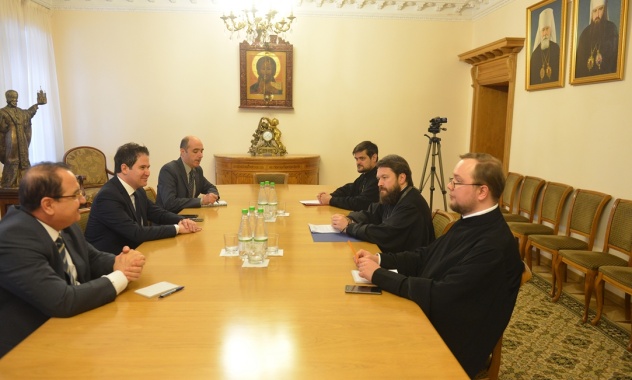 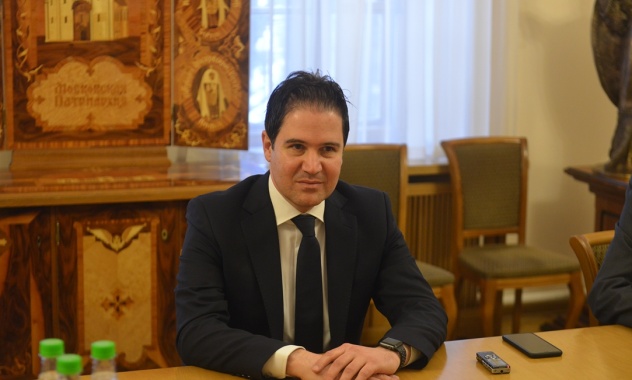 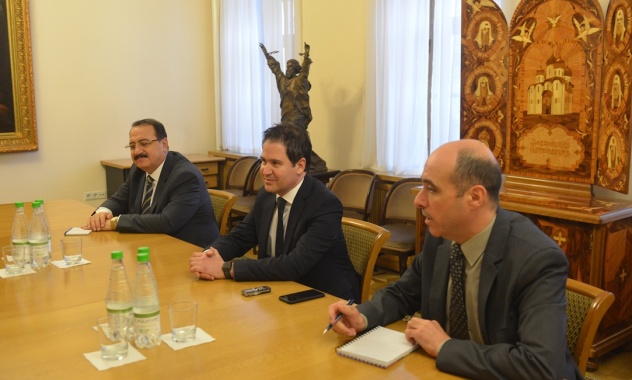 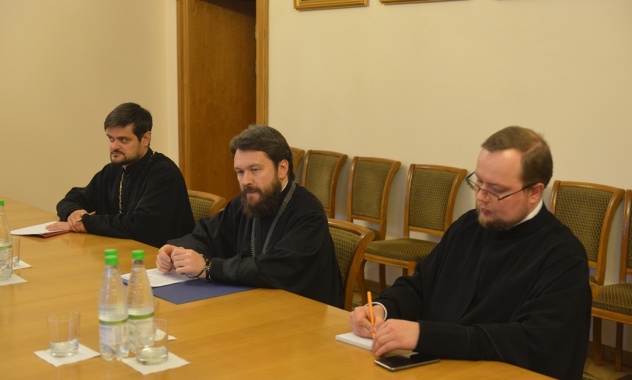 Participating in the meeting from the Syrian side were Ambassador Extraordinary and Plenipotentiary of the Syrian Arab Republic Dr. Riad Haddad and Mr. Noufal Kalthoum, a staff member of the Syrian embassy. From the DECR side there were Hieromonk Stephan (Igoumnov), DECR secretary for inter-Christian relations, and Deacon Andrey Titushkin of the office for the far abroad countries.

They discussed matters of mutual concern in developing cooperation between the Russian Orthodox Church and the Syrian government.

The DECR chairman stressed in particular that there are the oldest Christian holy places in Syria, as well as churches and monasteries, which used to be objects of pilgrimage for many believers of the Russian Orthodox Church before the bloodshed began in Syria. He said that today the leaders and society of the Syrian Arab Republic are facing an acute task of preserving ages-old Christian shrines in their territory.

Metropolitan Hilarion also told his interlocutor about the Russian Orthodox Church’s aid to the Syrian people in need, noting that during the recent humanitarian action this February, religious communities in Russia, with the support of the Russian state, conveyed 77 tons of foodstuffs and medicines to people in Syria as designated aid.

Mr. Yazigi, in his turn, thanked the DECR chairman for the opportunity to meet. He also gave a high values  to the contribution made by the Russian Orthodox Church to the work to support the Syrian people and to achieve peace and accord in Syria.