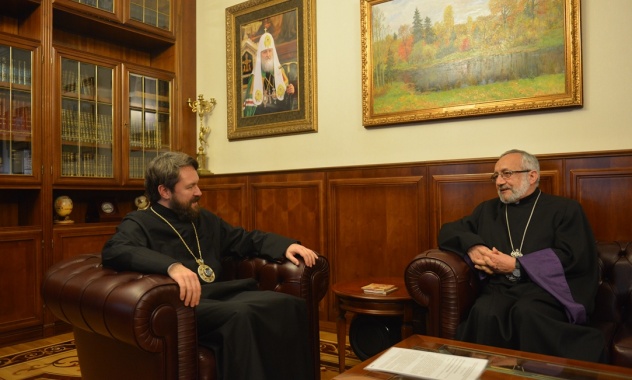 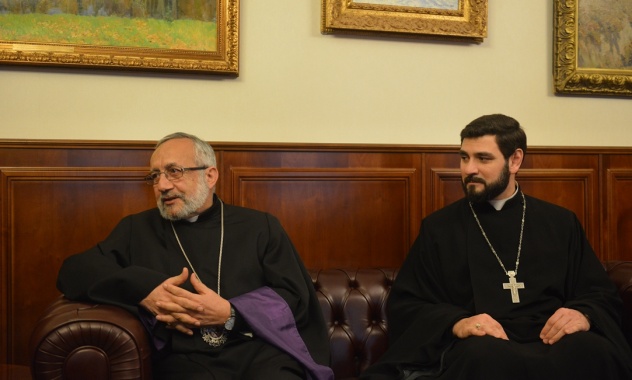 They were joined at the meeting which took place at the DECR premises, by hieromonk Stefan (Igumnov), DECR secretary for inter-Christian relations, and Archimandrite Petros Yesayan, rector of the Armenian Catholic parish in Moscow.

The present-day life of the Armenian Catholic Church, for instance, of its parishes in Russia was discussed, as well as other issues of mutual interest. Metropolitan Hilarion told the guests about efforts of the Moscow Patriarchate taken in defense of Christians in the Middle East and the activity of the working group for aid to the Syrian population under the Presidential Council for cooperation with religious associations. Archbishop Raphael expressed deep gratitude to the Russian Orthodox Church for her support of the suffering Christians noting her traditional historical role. He added that Christians in the Middle East had always placed their hopes on Russia and the Russian Orthodox Church.