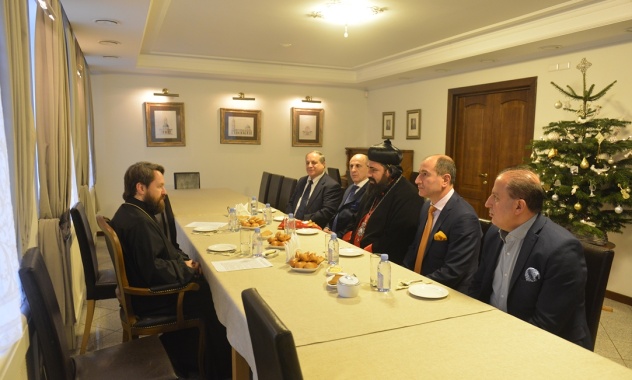 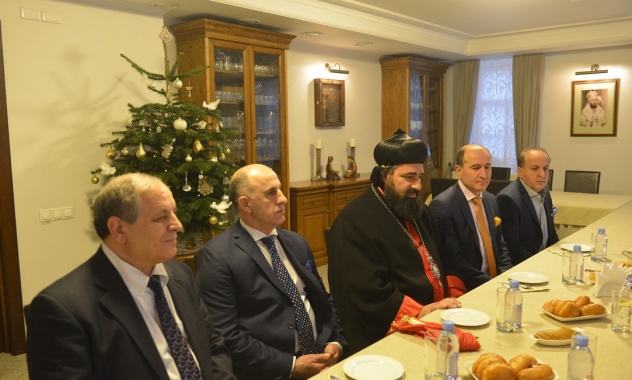 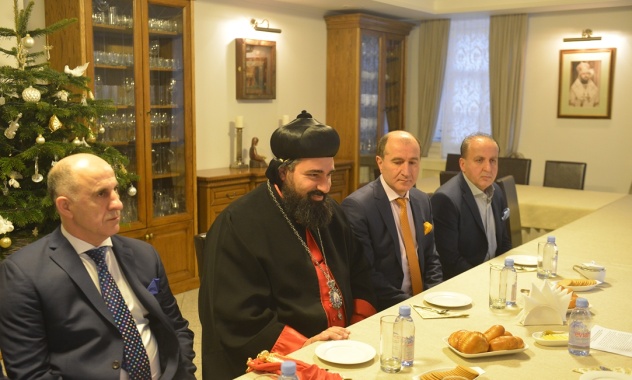 On 6 January 2018, at the parish house of the Church of the Joy of All Who Sorrow Icon of the Mother of God in Bolshaya Ordynka Street in Moscow, Metropolitan Hilarion of Volokolamsk, chairman of the Moscow Patriarchate’s Department for External Church Relations, met with a delegation of the Syrian Orthodox Church from Sweden, which was in Moscow on an unofficial visit. The delegation was led by Archbishop Dioskoros Benjamin Atas, vicar in Sweden of Patriarch Mor Ignatius Aphrem II of Antioch and All the East. Among those in attendance was also Mr. Ruslan Akhmatkhanov, a staff member of the DECR Secretariat for Inter-Christian Relations.

The guests greeted Metropolitan Hilarion with the coming feast of the Nativity of Christ and expressed their gratitude to the Russian Orthodox Church for its efforts to render aid to the Christians in the Middle East. Discussed at the meeting was the fate of the two hierarchs from Aleppo – Paul (Yazigi) and Gregorios Ibrahim, abducted in April 2013. Their whereabouts is still unknown. However, the participants in the meeting emphasized the importance of the ongoing efforts aimed at finding and releasing them.

Metropolitan Hilarion and Archbishop Benjamin also noted with satisfaction a high level of understanding between the Moscow Patriarchate and the Syrian Orthodox Church achieved over the recent years.