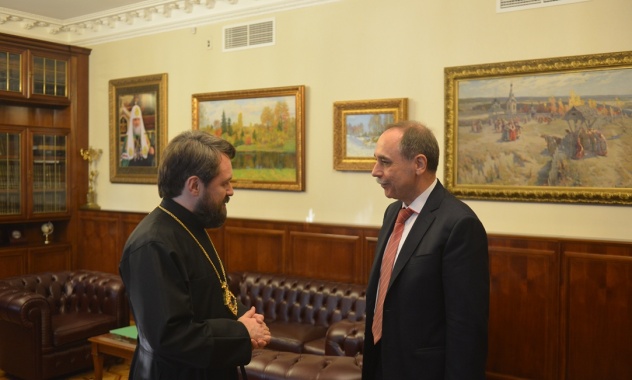 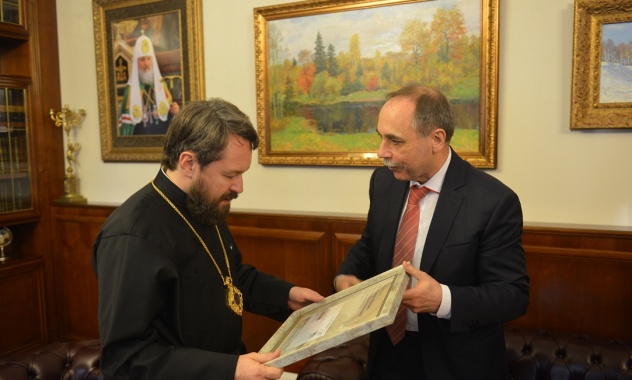 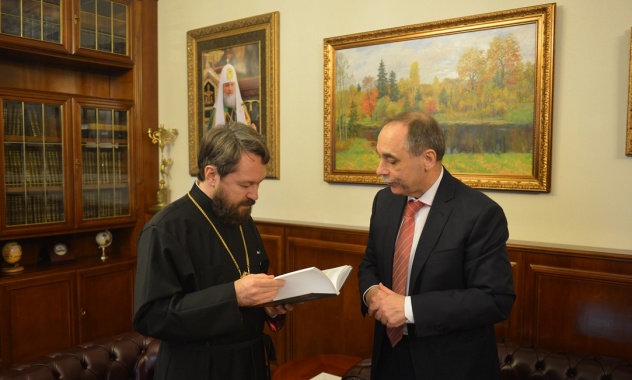 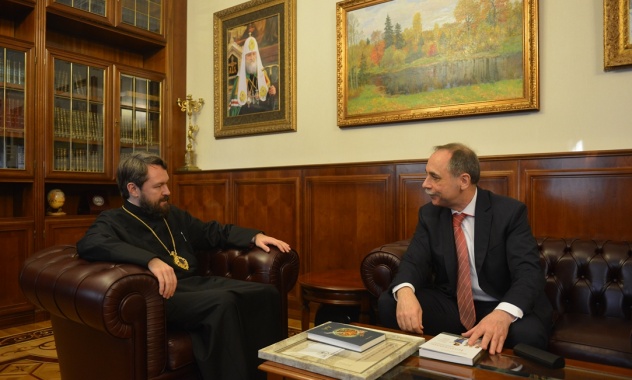 On 22 December 2017, Metropolitan Hilarion of Volokolamsk, chairman of the Moscow Patriarchate’s Department for External Church Relations (DECR)- met with H.E. Boyko Kotzev, Ambassador Extraordinary and Plenipotentiary of the Republic of Bulgaria to the Russian Federation.

They were joined in the meeting, which took place at the DECR premises, were Ms Kristina Drazheva, first secretary of the Bulgarian Embassy, and Archpriest Sergy Zvonarev, DECR secretary for far abroad countries.

Metropolitan Hilarion warmly greeted the guests and noted that his meetings with the Ambassador have become a good tradition.

Discussed were various issues of mutual interest, including contacts of the Russian and Bulgarian Orthodox Churches and plans of cooperation in religious culture and historical heritage.