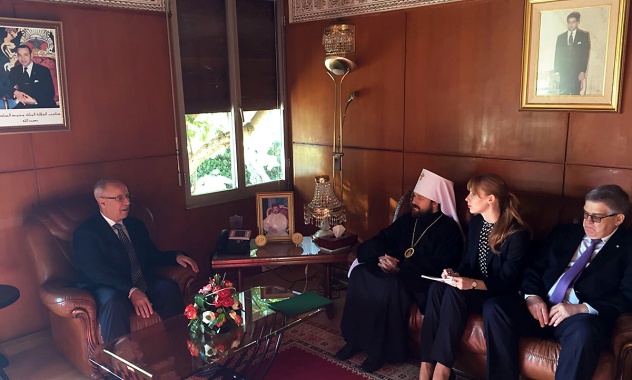 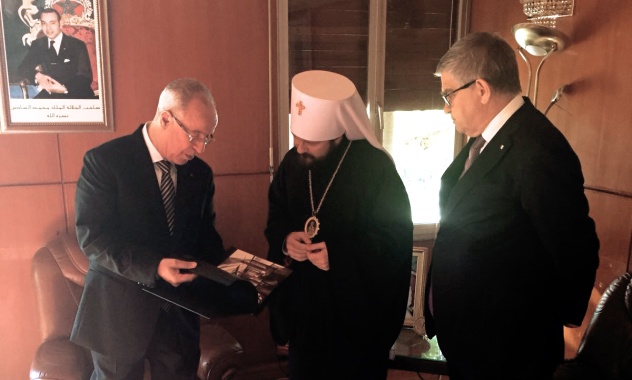 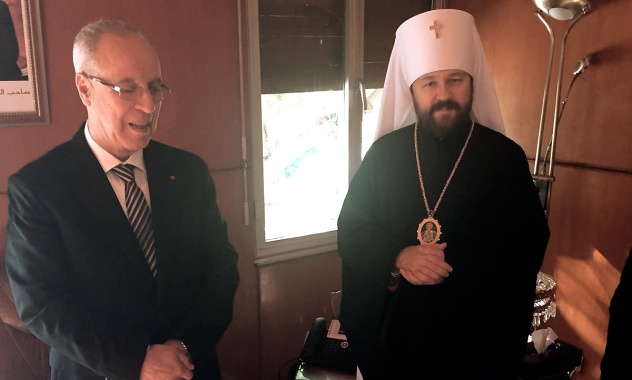 November 16, 2017 – Metropolitan Hilarion of Volokolamsk, head of the Moscow Patriarchate department for external church relations (DECR), who is on a visit Morocco’s capital city of Rabat with the blessing of His Holiness Patriarch Kirill of Moscow and All Russia with a delegation of the Russian Orthodox Church to the round-table conference on Russian Orthodox Church and Compatriots: Experience of Cooperation in Africa and South-West Asia, met with the Minister of Awqaf and Islamic Affairs of the Kingdom, Mr. Ahmad Taufiq.

The minister warmly welcomed the church hierarch. In his turn, Metropolitan Hilarion thanked him for hospitality. He told the high-ranking Moroccan statesman about the Russian Orthodox Church’s efforts to defend Christians in the Middle East, the experience of cooperation between traditional religious communities in Russia, and the theological education in Russian higher education institutions.

The interlocutors agreed to develop academic cooperation including for the development of interreligious dialogue.