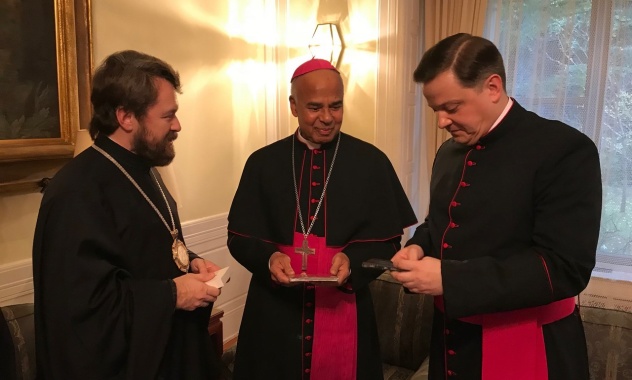 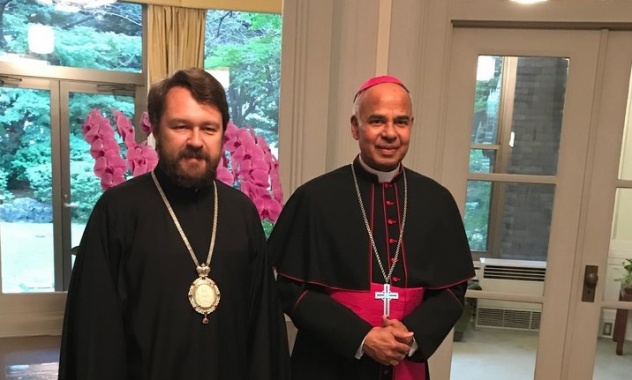 They exchanged their views of the present state of the Orthodox-Catholic dialogue, a new impetus to which was given by the historic meeting between Patriarch Kirill of Moscow and All Russia and Pope Francis of Rome in February 2016 in Havana. The Vatican representative in Japan told Metropolitan Hilarion about the history of the Catholic mission in the country initiated in 1549 by one of the founders of the Society of Jesus, Francis Xavier. They also talked about the ways in which the history of Christian preaching in Japan is reflected in works of the modern art.