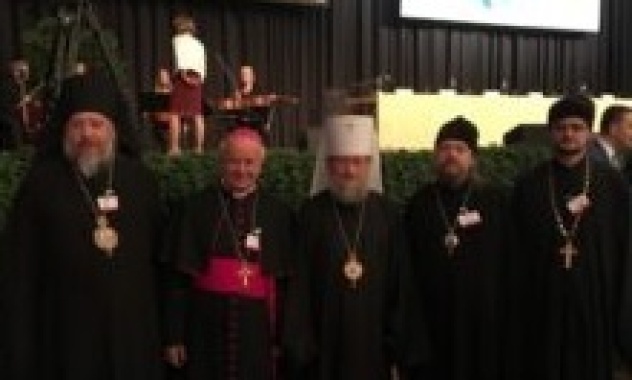 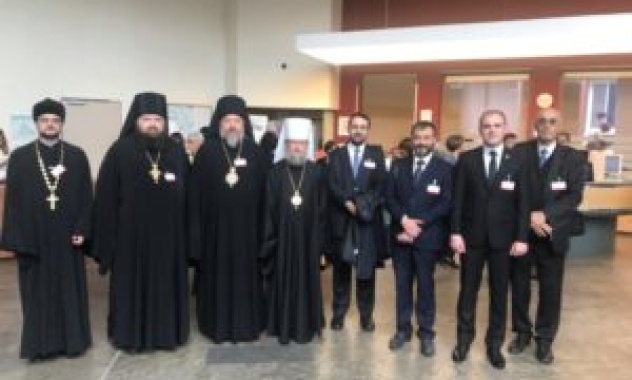 The International Meetings of Prayer for Peace organized annually by the Catholic Community of St. Egidio are held this year in Munster, Germany.

The forum was opened on September 10. Among the speakers were Germany’s Federal Chancellor A. Merkel, Republic of Niger President M. Issoufou, European Parliament President A. Tajani, Patriarch John X of Great Antioch and All the East, Grand Imam of Al-Azhar University Ahmed el-Tayeb, representative of the Buddhist community in Japan Ms. K. Niwano, founder of the Community of St. Egidio Prof. A. Riccardi, and Munster Mayor M. Lewe.

The guests were welcomed by Bishop Felix Genn of Munster. A message of greeting was sent to the participants by His Holiness Pope Francis of Rome.

On September 11, Bishop Gennadiy of Kaskelen addressed the panel session with remarks on ‘Christian Martyrdom: Past and Present’. He spoke about the feat of the Russian Church’s new martyrs and confessors including those who shone forth in Kazakhstan and a number of issues concerning today’s martyrdom of Christians in various parts of the world.

The meetings, attended by representatives of Christian, Muslim, Buddhist, Jewish, Shinto and other communities in various parts of the world as well as public and political leaders, will last till September 12.