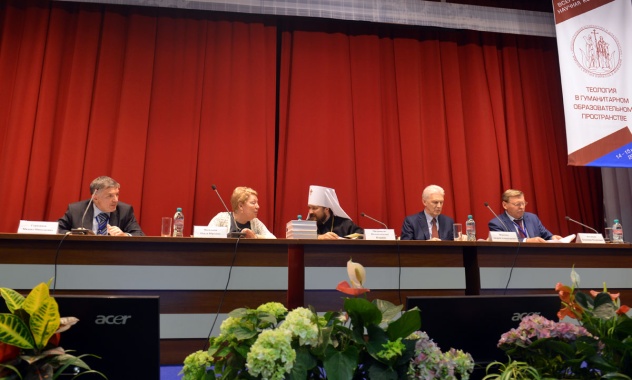 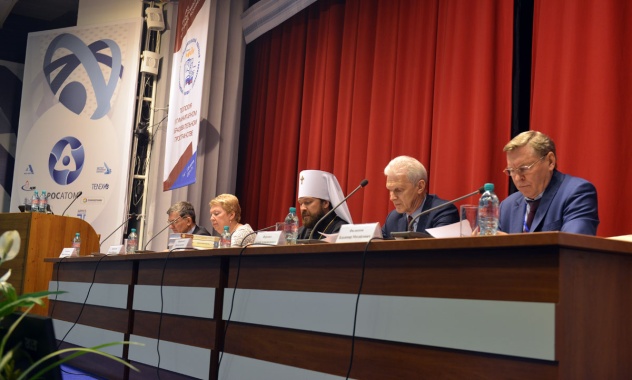 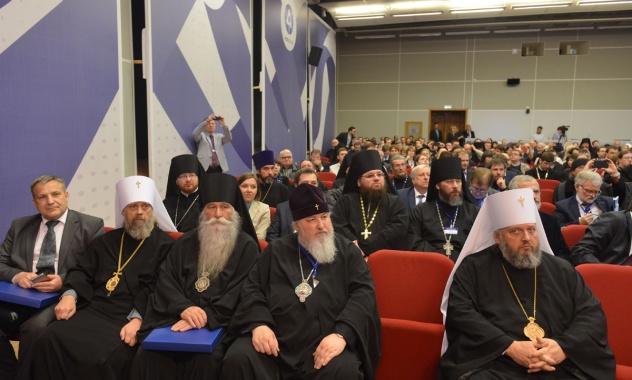 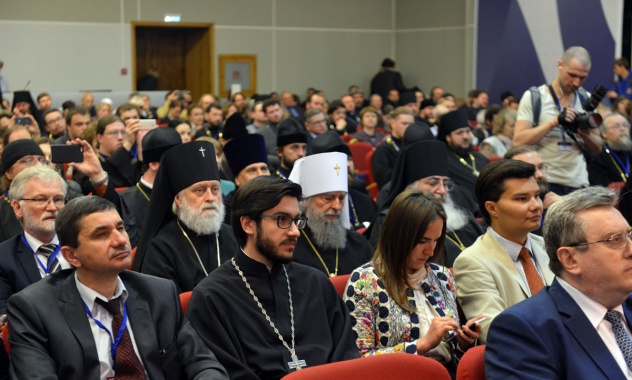 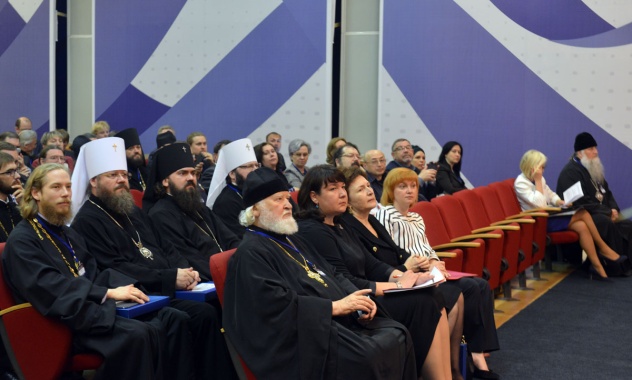 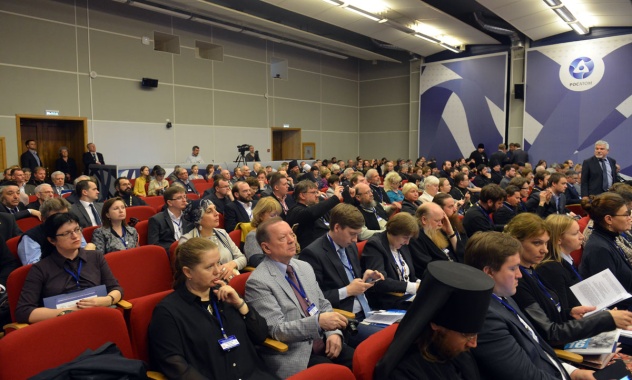 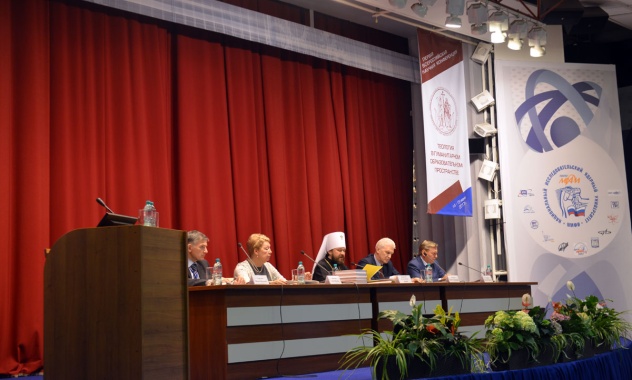 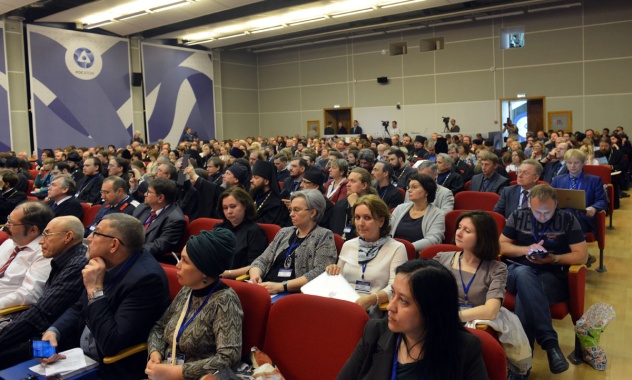 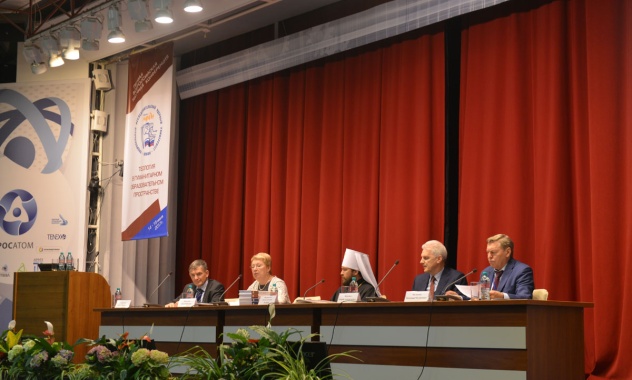 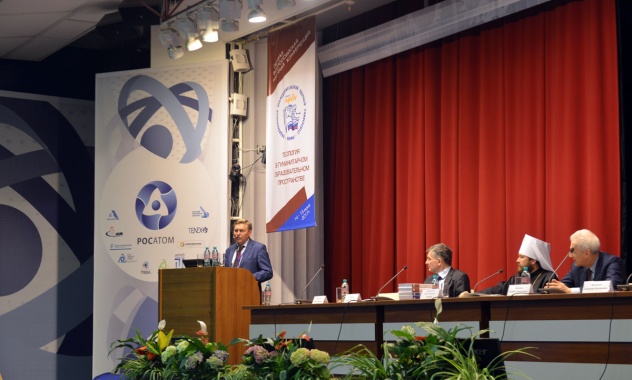 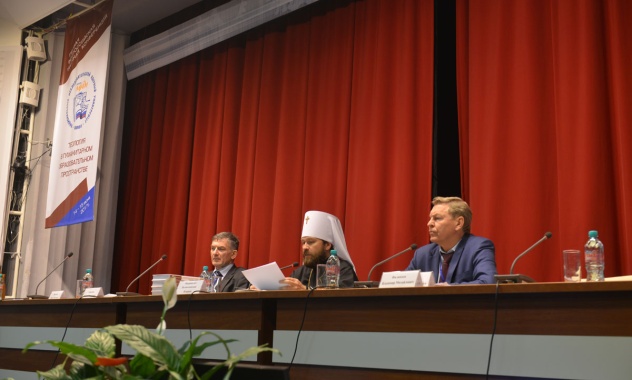 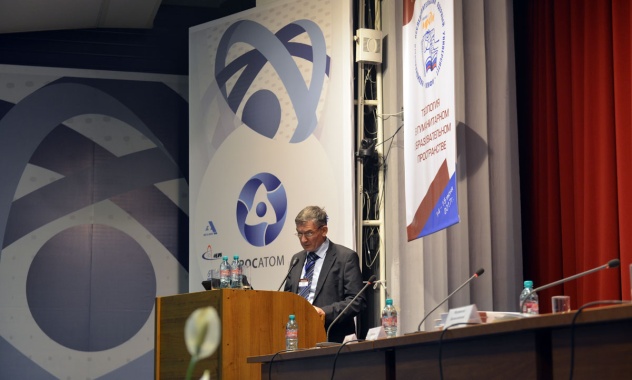 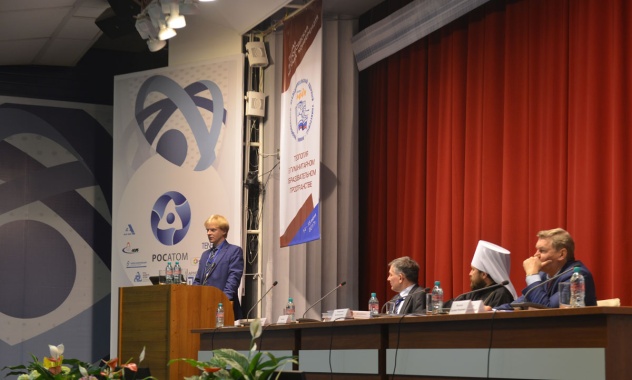 The first All-Russian academic conference on Theology in Humanitarian Education began its work on June 14, 2017.

The conference, sponsored by the Ministry of Education and Science of the Russian Federation on the basis of the National Research Nuclear University (MEPhi) and the Ss Cyril and Methodius Theological Institute of Postgraduate Studies, will discuss topical theoretical and practical problems of theological studies and development of theological educational programs in Russia today.

Attending the conference are Orthodox bishops and priests, leaders of traditional religious communities of Russia, representatives of the Presidential Administration of Russia, Ministry of Education and Science of Russia, Federal Service for the Supervision of Education and Science, the Higher Attestation Commission, the interdepartmental task force of the Moscow Patriarchate on teaching theology in the, and rectors of institutions of higher education.

The Russian Orthodox Church is represented by Metropolitan Hilarion of Volokolamsk, chairman of the Moscow Patriarchate’s Department for External Church Relations, rector of the Ss Cyril and Methodius Theological Institute of Postgraduate Studies and head of the department of theology at the MEPhi);  metropolitans, archbishops and bishops, rectors of theological seminaries.

Metropolitan Hilarion read out welcome address of His Holiness Patriarch Kirill of Moscow and All Russia at the beginning of the session and later delivered a report on Theology in Contemporary Russia: Formation of the Branch.

He said that theology had been artificially ousted from education during many decades, but now this abnormal situation has changed for the better, and theology now occupies its lawful place among humanities which are taught in secular universities.

Having noted that the recognition of scientific status of theology corresponds with world experience and is in keeping with the strategy of integration of national science into the worldwide scientific community, Metropolitan Hilarion underscored: ‘However, it is important to make theology open to social problems which are being solved in our country and to use it for developing inter-religious dialogue and cooperation.”

He also noted that one can speak about theology as of a “new’ branch of knowledge only in the Russian context, because it was theology that stood at the origins of academic training, and all major universities of Western Europe have started as theological schools.

Metropolitan Hilarion mentioned a recent important tendency of the gradual rapprochement of theological and secular education, saying “There was a solid insurmountable wall between them. The fact that this wall has been broken is testified by the state accreditation of several theological schools of the Russian Orthodox Church.’

He added that new textbooks for theological schools was another major project of the Russian Orthodox Church and presented advanced copies of the three manuals approved at the yesterday’s session of the Supreme Church Council.

Metropolitan Hilarion believes that it is necessary to have concrete study sectors in theology, such as Orthodoxy, Islam and Judaism. “We should not mix religious traditions, but study them separately. Though they have dogmatic and cultural differences, it is important to find common worldview core in them, thus guaranteeing interaction of different religions and cultures and – speaking long-term – the unity of our great multinational country which we must save not only for ourselves, but for future generations, too.”