News > The meeting of the Synod of the Ukrainian Orthodox Church

The meeting of the Synod of the Ukrainian Orthodox Church 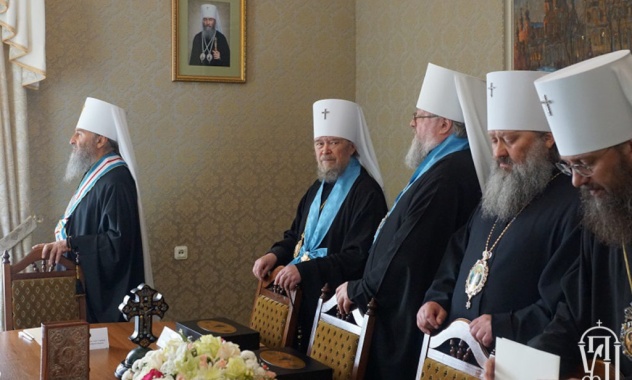 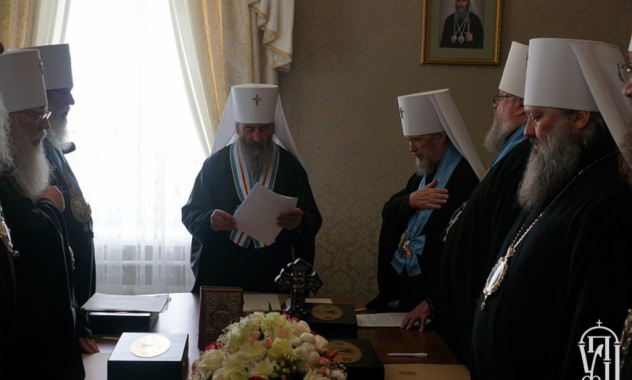 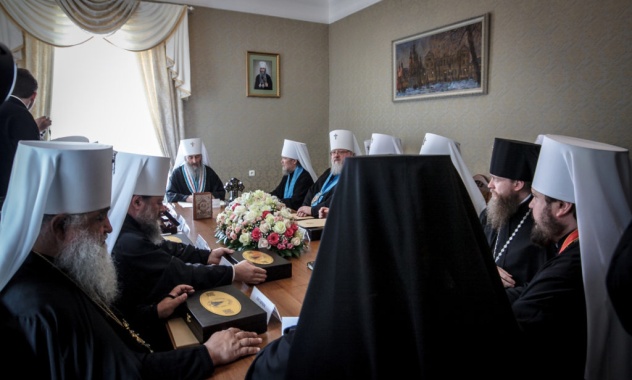 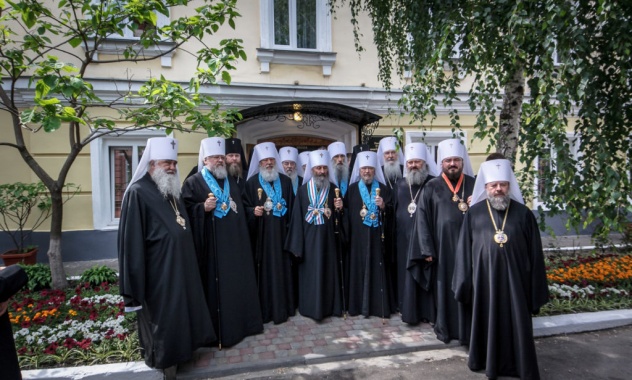 May 27, 2017 – the Synod of the Ukrainian Orthodox Church met at the Monastery of the Protecting Veil in Kharkov. It was chaired by His Beatitude Onufriy, Metropolitan of Kiev and All Ukraine, and was timed to the 25th anniversary of the Council of Kharkov. The meeting took place at the historic building in which the Council of Kharkov was held, as part of the church celebrations devoted to the jubilee.

The Synod adopted a Message to the Episcopate, Clergy, Monastics and Laity on the Occasion of the 25th Anniversary of the Council.

The Synod considered the anti-church legislative initiatives registered in the Ukrainian Supreme Rada, namely, Bills No. 4128 (‘On the Change in the Subordination of Religious Communities) and No. 4511 (‘On the Special Status of Religious Organizations Whose Centers Are Located in the State Recognized by the Ukrainian Supreme Rada as Aggressor State’). It was stated that the adoption of the bills ‘can lead to religious enmity, discrimination and violation of the freedom of conscience and faith’. The Synod expressed concern for possible negative consequences of the adoption of the bills and called upon the Supreme Rada not to adopt them and also thanked the episcopate, monastics and laity for their active civic stand expressed on May 18, 2017, during the common prayer at the Ukrainian Supreme Rada and in many cities and churches in Ukraine.

The Synod also made some administrative decisions for ordering the internal life of the dioceses and monasteries of the Ukrainian Orthodox Church.