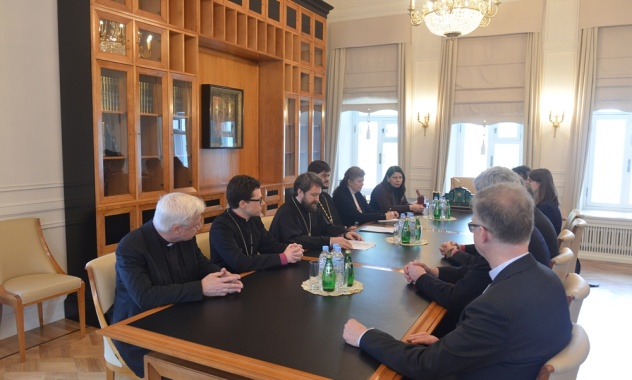 On 30 March 2017, Metropolitan Hilarion of Volokolamsk, chairman of the Moscow Patriarchate’s Department for External Church Relations and rector of the Theological Institute of Postgraduate Studies, met with Bishop Frank Otfried July, vice president of the Lutheran World Federation.

Discussed at the meeting was the 500th anniversary of the Reformation. Metropolitan Hilarion noted that though the jubilee does not directly concern the Russian Orthodox Church, its representatives take part in the jubilee events, including those organized by the Evangelical Lutheran Church of Russia. He also noted the constructive interconfessional cooperation in the Russian Federation aimed at maintaining peace and stability in society and common protection of traditional moral valued.

Academic cooperation between theological educational institutions of the Moscow Patriarchate and the educational centers in Germany was also discussed.