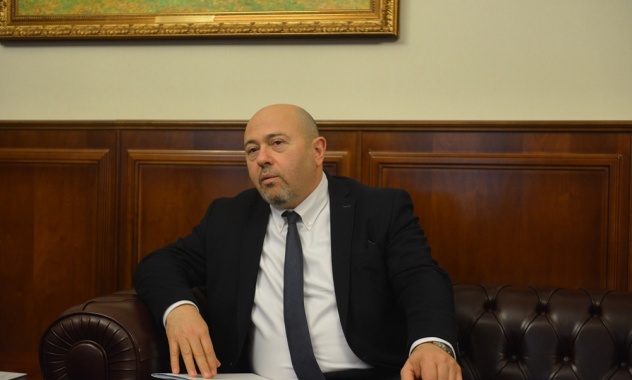 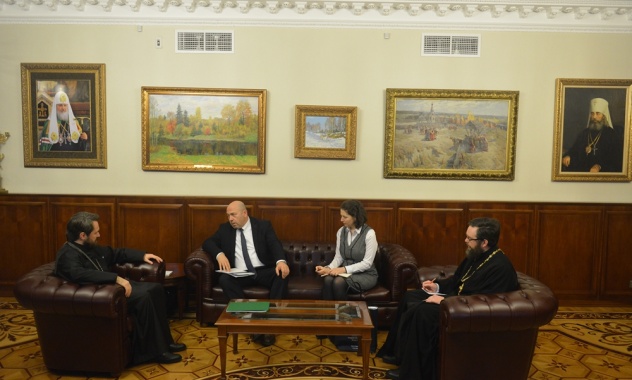 On March 2, 2017, Metropolitan Hilarion of Volokolamsk, head of the Moscow Patriarchate department for external church relations (DECR), met with the Israel’s new ambassador to Russia, H. E. Gary Koren, at the DECR.

The meeting was attended by Archpriest Sergiy Zvonarev, DECR secretary for the far abroad, and Mr. Noa Ginosar, first secretary of the Israeli embassy.

Metropolitan Hilarion warmly welcomed the guest to the synodal department. In the course of their talk, special mention was made of the 170th anniversary of the Russian Ecclesiastical Mission in the Holy Land to be celebrated this year. They also discussed problems involved in the correct use and historical designation of religious worship places in Jerusalem and the problem of anti-Semitism.

The DECR chairman told Mr. Koren about the experience of interreligious cooperation in Russia and the Russian Orthodox Church’s relations with the Jewish community in the country. He said that the Russian society did not know of conflicts on religious ground, which makes it possible to preserve civic peace.

Metropolitan Hilarion also spoke about the problem of the Christian exodus from the Middle East and the migration of Christian population within the Holy Land.