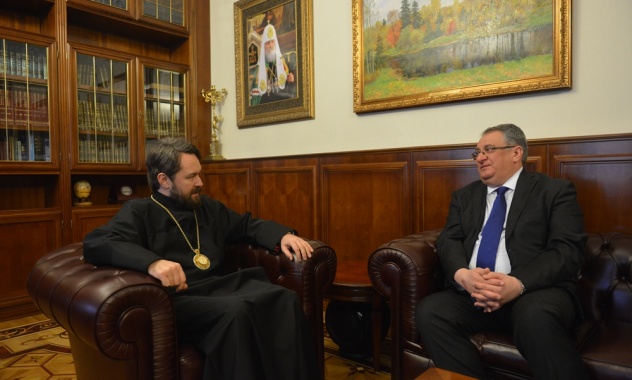 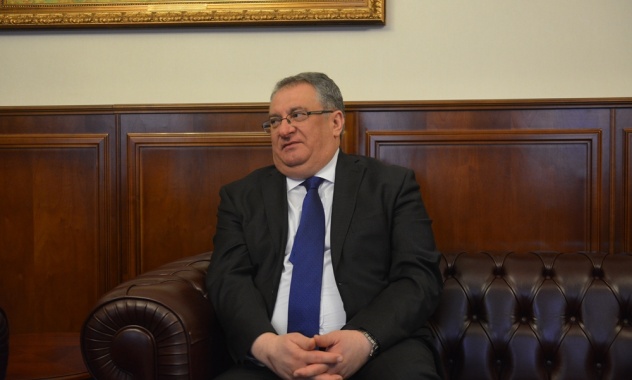 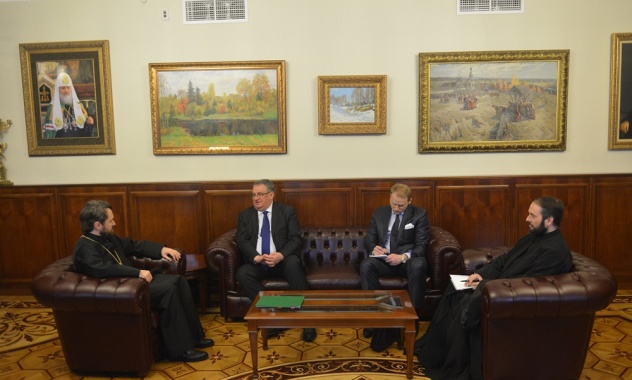 On 22 February 2017, Metropolitan Hilarion of Volokolamsk, chairman of the Moscow Patriarchate’s Department for External Church Relations (DECR), met with H.E. Janos Balla, Ambassador Extraordinary and Plenipotentiary of the Hungarian Republic to the Russian Federation. Taking part in the meeting held at the DECR premises were the third secretary of the Hungarian Embassy and hierodeacon Roman (Kiselev) of the DECR secretariat for far abroad countries.

Metropolitan Hilarion warmly welcomed the guests at the Synodal Department responsible for foreign relations of the Russian Church. He noted the traditionally good relations between the DECR and the Embassy of Hungary in Moscow and recalled the years of his long-term ministry as the ruling hierarch of the Hungarian diocese of the Russian Orthodox Church.

Ambassador Balla thanked Metropolitan Hilarion for the talk and noted great importance of contacts between Hungary and the Moscow Patriarchate.

Topics of mutual interest were discussed.