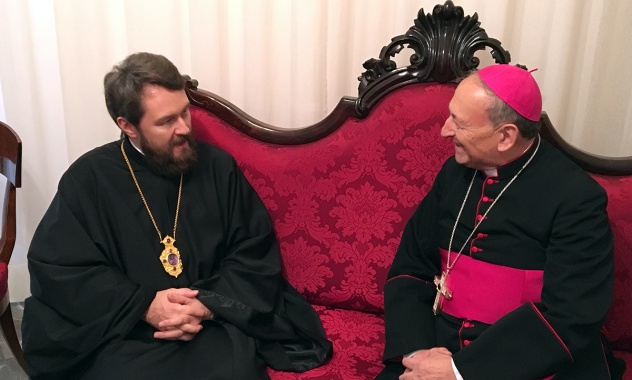 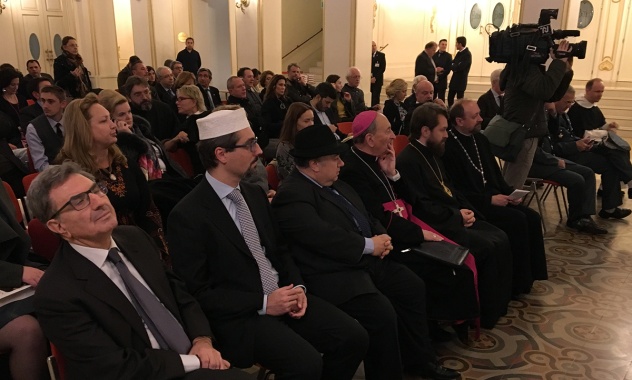 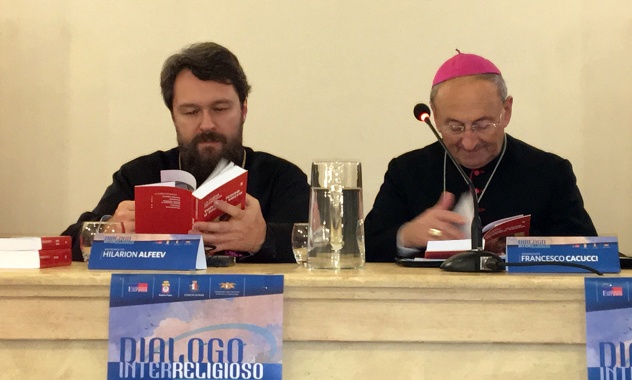 On 12 December 2016, Metropolitan Hilarion of Volokolamsk, chairman of the Moscow Patriarchate’s Department for External Church Relations, while in Italy upon the blessing of His Holiness Patriarch Kirill of Moscow and All Russia, visited the city of Bari.

There he had a meeting with Mgr Francesco Cacucci, Archbishop of Bari-Bitonto. As Metropolitan Hilarion noted, the city of Bari where the relics of St Nicholas the Wonderworker have been kept since 1087, is of particular importance for all Orthodox Christians in Russia. The DECR chairman thanked Mgr Francesco Cacucci and the Dominican community that takes care of the Basilica of St Nicholas for extending hospitality to the Russian Orthodox pilgrims and for offering an opportunity to celebrate the Liturgy and moliebens at the saint’s relics. Archbishop Francesco Cacucci said in response that St Nicholas, venerated both in the West and in the East, brings together Christians of different Churches, and that Bari has always served as a bridge between the Western and the Eastern traditions.

That same day later the DECR chairman took part in a round table meeting on interfaith dialogue organized by the Conoscere Eurasia Russian-Italian Association. During the meeting, an Italian edition of Metropolitan Hilarion’s book ‘La Chiesa ortodossa 3: Tempio, icona e musica sacra,’ was presented. As the archpastor explained, in this book he tried to reveal Orthodoxy as an integral worldview, in which all aspects are intertwined – the teaching, the Liturgy, the art, and the personal and public morality. Metropolitan Hilarion also spoke on the theology of the icon as a ‘window to eternity’ that links believers to another world and helps them feel the presence of God and His saints.

In the evening Metropolitan Hilarion, accompanied by Mgr Francesco Cacucci, visited the Basilica of St Nicholas, where he venerated the holy relics of the saint and celebrated a molieben.

Later a concert of the Russian religious music was performed at the Basilica of St Nicholas by the Moscow Synodal Choir conducted by the Honoured Artist of Russia Alexei Puzakov.