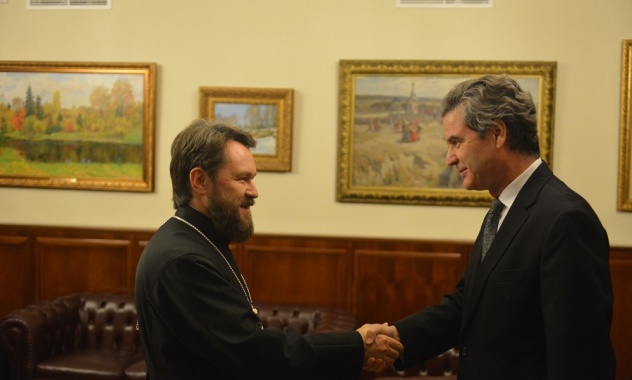 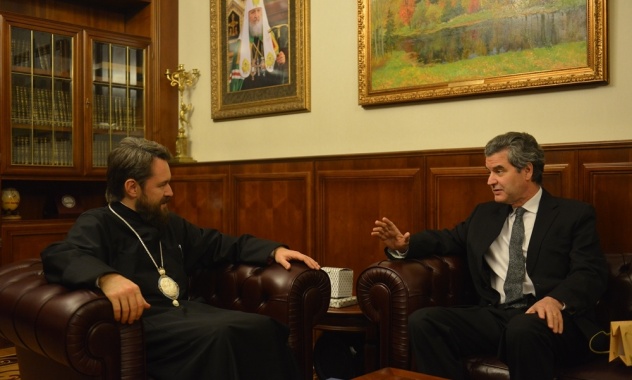 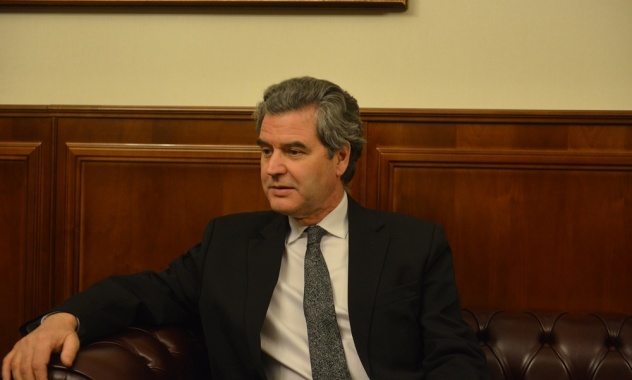 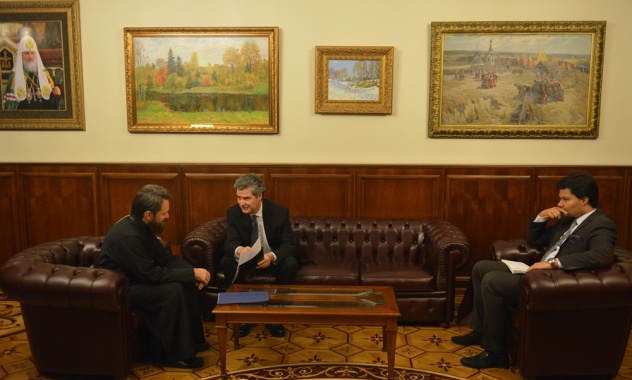 On November 30, Metropolitan Hilarion of Volokolamsk, head of the Moscow Patriarchate department for external church relations (DECR), met with Chile’s Ambassador to Russia Juan Eduardo Eguiguren, who is completing his diplomatic mission in Moscow, at the DECR. Taking part in the meeting was also Miguel Palacio, DECR secretariat for the far abroad.

His Eminence Hilarion thanked the high guest for his cooperation with the Department for External Church Relations and assistance in organizing the visit of His Holiness Patriarch Kirill of Moscow and All Russia to Latin American countries in February 2016.

The discussed the Russian Orthodox Church’s pastoral mission in Chile and the state of the Russian-speaking diaspora in that country.

In conclusion of the meeting, Metropolitan Hilarion wished H. E. Eguiguren success in the new place of his diplomatic service and presented him with commemorative gifts.