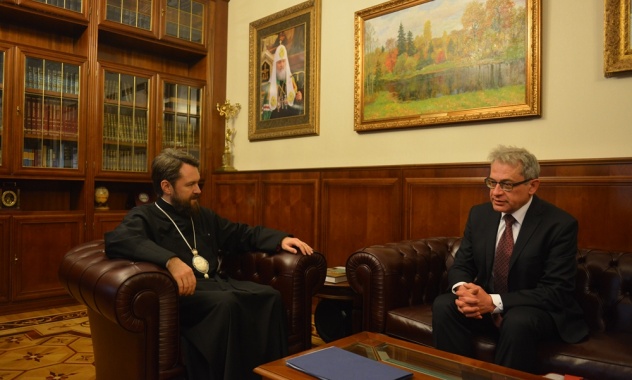 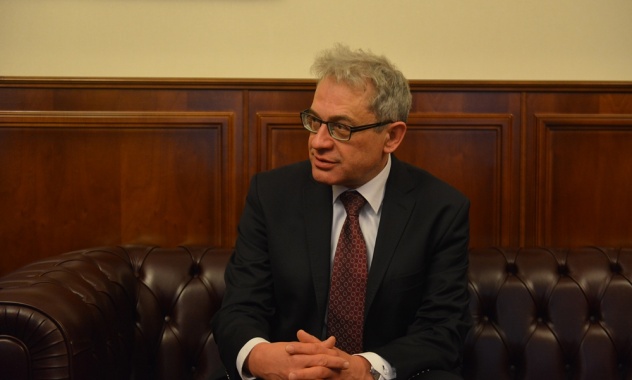 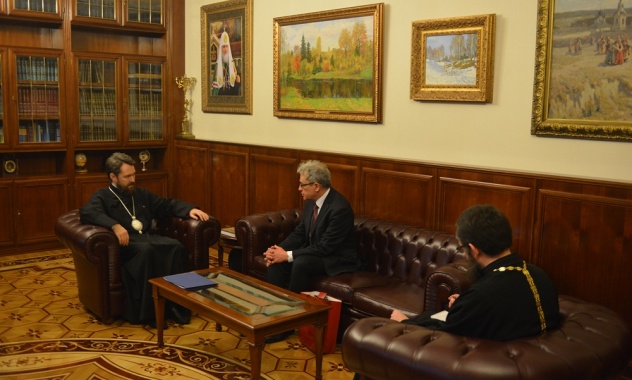 On 30 November 2016, Metropolitan Hilarion of Volokolamsk, chairman of the Moscow Patriarchate’s Department for External Church Relations, met with H.E. Włodzimierz Marciniak, Ambassador Extraordinary and Plenipotentiary of the Republic of Poland to the Russian Federation. They were joined in the meeting that took place at the DECR by archpriest Sergiy Zvonarev, DECR Secretary for Far-Abroad Countries.

Metropolitan Hilarion warmly greeted the guest, wishing him success in his new service. He noted that over the past years the Department for External Church Relations and the Embassy of Poland in Moscow had established constructive relations and expressed his hope for their further development under the new head of the Polish diplomatic mission in Moscow.

The DECR chairman told about the Church’s role in the life of society and the current church-state relations in Russia.

The participants in the meeting also discussed the relationships of the Moscow Patriarchate with the Polish Orthodox Church and with the Roman Catholic Church in Poland. Metropolitan Hilarion mentioned the visit of His Holiness Patriarch Kirill of Moscow and All Russia to Poland in August 2012, and the Joint Message to the Peoples of Russia and Poland signed by His Holiness and Metropolitan Józef Michalik, President of the Polish Bishops’ Conference. As the Russian hierarch emphasized, it was an important step in promoting the dialogue between the Russian Orthodox Church and the Roman Catholic Church in Poland.