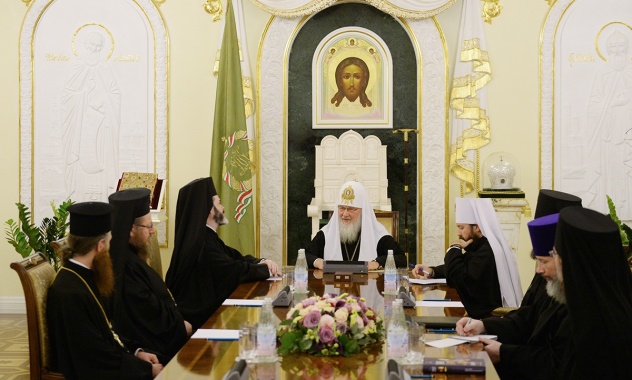 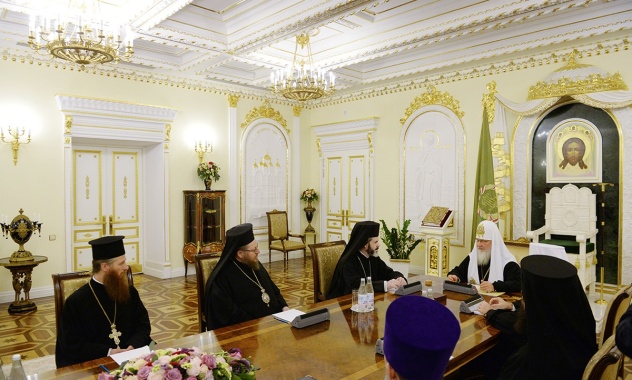 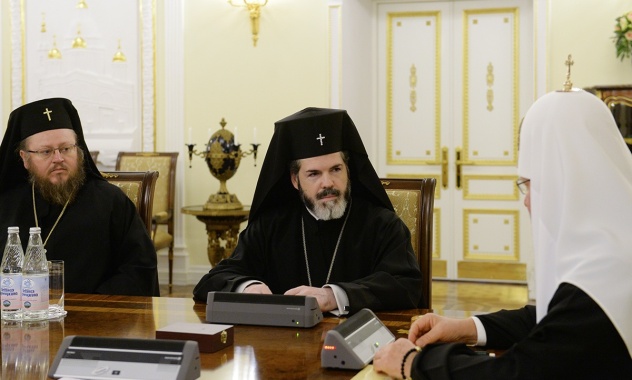 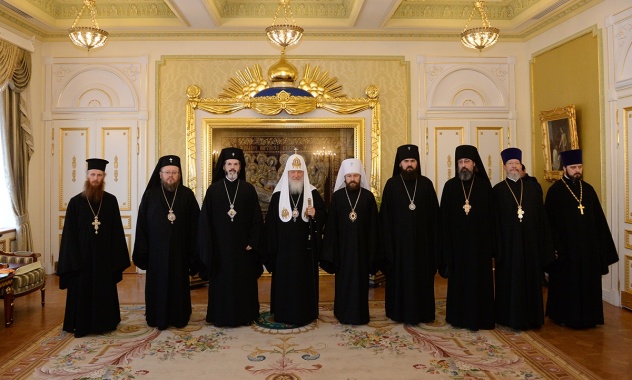 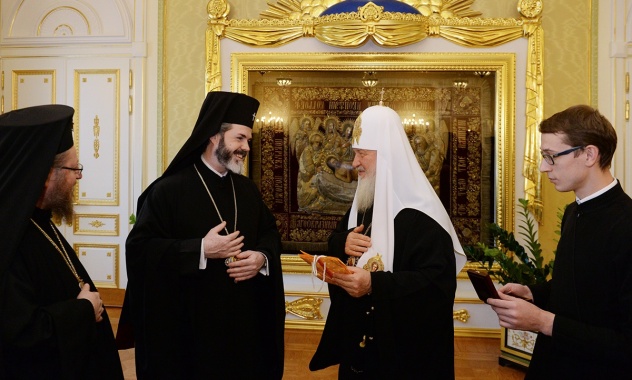 On November 22, 2016, His Holiness Patriarch Kirill of Moscow and All Russia met with a delegation of the Bulgarian Orthodox Church who participated in the celebrations devoted to his 70th birthday, at the patriarchal residence in the St. Daniel Patriarchal Monastery.

Participating in the meeting from the Russian Orthodox Church were Metropolitan Hilarion, head of the Moscow Patriarchate department for external church relations (DECR), Archbishop Feofilakt of Pyatigorsk and Cherkessk; Archpriest Nikolay Balashov, DECR vice-chairman; Archimandrite Philip (Vasiltsev), representative of the Patriarch of Moscow and All Russia to the Patriarch of Bulgaria; and Archpriest Igor Yakimchuk, DECR secretary for inter-Orthodox relations.

Welcoming the guests, Patriarch Kirill said, ‘I am very much moved by His Holiness Patriarch Neophytus’s attention to me. Please, convey him my kindest brotherly feelings and gratitude for your participation in the celebrations’.

Metropolitan Anthony thanked His Holiness for the invitation on behalf of His Holiness Patriarch Neophytus of Bulgaria.

‘The relations between the Russian and Bulgarian Churches are important not only for the past but also for the present’, he said, stressing that the Bulgarian people cherish the memory of the help given by the Russian Orthodox Church and the services rendered by the Russian Emperor Alexander II who liberated the Bulgarians from the Turkish yoke.

They discussed a number of issues concerning inter-Orthodox cooperation and the bilateral relations, including problems involved in students’ exchanges and the development of pilgrimage.

In conclusion of the meeting, the guests presented His Holiness with a copy of the golden dish from the Thracian kings’ treasure discovered in Panagyurishte, Bulgaria.

Patriarch Kirill handed over liturgical vestments for Patriarch Neophytus together with a crozier and his 8-volume Collected Works and presented Metropolitans Anthony and Naum with bishop’s croziers and copies of his books. Archimandrite Feoktist received a commemorative cross.